TJ will be working with Durham CAN to organize with Durham Housing Authority residents for better living conditions and eviction prevention.

This spring, I chose to partner with Durham CAN, a community organization based in Durham’s institutions. According to their website, “Durham CAN (Congregations, Associations and Neighborhoods) is a broad-based, non-profit organization that works to coalesce, train, and organize communities in Durham across religious, racial, ethnic, class, and geographic lines for the public good.”

Durham CAN stands in the legacy of several organizing movements. First, CAN is affiliated with the Industrial Areas Foundation, founded by Saul Alinsky—the father of modern community organizing. In his book Roots for Radicals, Alinsky’s friend Ed Chambers details the philosophy behind broad based organizing. Chambers argues “a truly democratic public life requires the organization, education, and development of leaders who regard themselves as equal, sovereign citizens with the know-how to stand for the whole.”[1] In hopes of an inclusive public life, Durham CAN executes countless “relational meetings” to find shared self-interest with other citizens. Through this practice, Durham CAN builds the “relational power” and social capital necessary to organize for the good of local communities—particularly unrepresented Durham residents.

Secondly, CAN is also a descent of Durham’s legacy of social justice movements, specifically the Black Freedom Movement in Durham, NC. While Alinsky’s insights on organizing are invaluable, Alinsky himself did not believe women could be organizers. With this in mind, it’s important to draw attention to the legacy of patriarchy in organizing and recognize the equally important work of woman in organizing. In her book Our Separate Ways, Christina Greene, an assistant professor of history in the Department of Afro-American Studies at the University of Wisconsin-Madison, offers an impressive study to include the forgotten women, especially black women, in the story of Durham’s Black Freedom Movement.[2] Greene writes:

“By the mid-1960’s, largely as a result of the success of local War on Poverty campaigns, poor African American women were among the best-organized members of the black community. Because of their mass base, they were able to set the tone and the agenda of black protest. Militant, low-income African American women, especially in United Organizations for Community Improvement, challenged not only the middle-class male leadership of the freedom movement, and middle-class white reformers, but Durham’s white power structure as well.”[3]

Speaking generally, I came to Durham CAN because I wanted to learn about how faith can inform community organizing. As a student in the Master of Divinity program, I enjoy exploring areas where religion and justice intersect. My interest in faith and community organizing arises from my college experience as a Bonner Scholar in the Knoxville area. During the summer between my junior and senior year in college, I completed a summer internship through the Bonner Program. That summer, I served full-time with the Knoxville Urban League as the education and youth intern. Working at the Urban League showed me the tangible ways the legacy of redlining and inequality persists in urban areas. For example, I remember seeing inequality in Knoxville’s schools according to the neighborhoods. Students in East Knoxville, a community which the FHA graded red, shared Chromebooks to do their homework. Conversely in West Knoxville, a neighborhood which green, each student received their own MacBook. My experience with the Urban League solidified many of the things I learned about in the classroom, but it also showed me the need for a Christian theology that could address inequality on the neighborhood level.

I’m heavily influenced by Laura Stivers application of Traci West’s disruptive ethics. Using Jesus as a paradigm for ethics, West develops a framework to build communities which foster “spiritual wholeness.”  West argues to properly disrupt social issues, we must put the oppressed at our moral center and build communities in solidarity with oppressed people.  Then she argues our Christian analysis must always include:

“(1) deconstructing social ideologies that are created to justify oppression and violence; (2) examining intersecting forms of social domination and oppression; (3) complex individual and institutional power relationships; and (4) paying attention to the ways in which people are both victimized and have agency.”

While I’ve always cared about merging Christianity and social justice, disruptive ethics provided the framework for theological reflection on social issues and a conviction to get involved in disrupting exploitation. Consequentially, I wanted to work with Durham CAN because CAN is the best place to practice disruptive ethics in Durham. Ultimately, I hope my time with Durham CAN introduces me to community organizing, but more importantly, I hope to make Durham a better place for the marginalized, the poor, and the outcast. 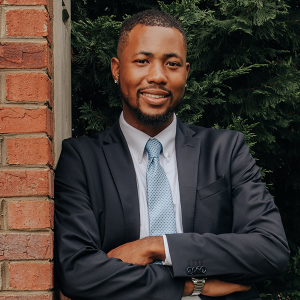