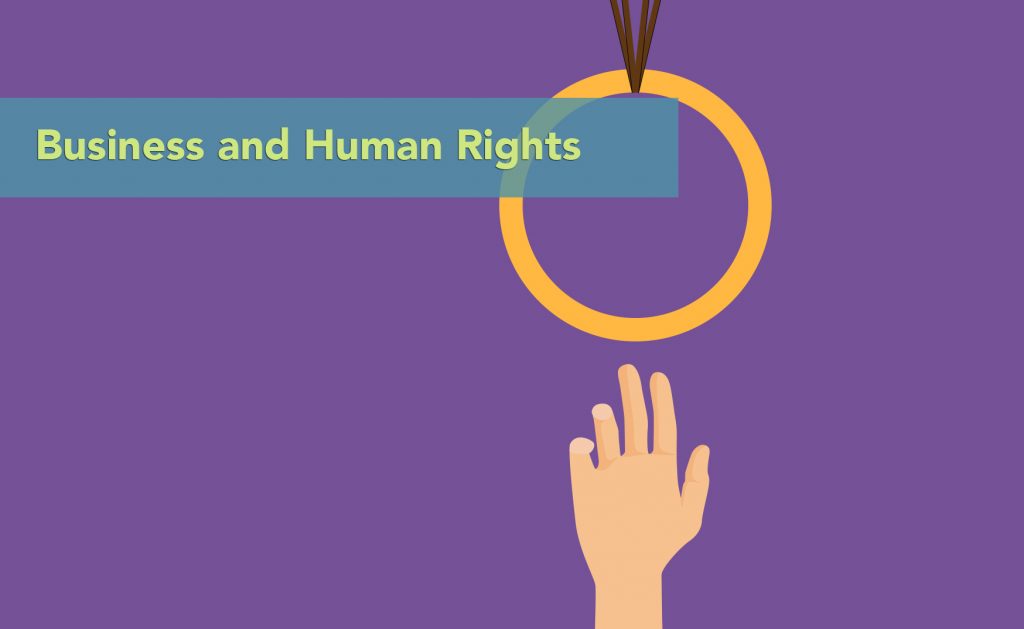 The Merriam-Webster dictionary defines success as a favorable or desired outcome. While this definition may seem straightforward, my time at Accountability Counsel has taught me that in reality, it is anything but. Because the attainment of success relies on achieving a desired outcome, it becomes difficult to distinguish which cases are more successful than others when there are multiple diverse outcomes desires. In Accountability Counsel’s case, these diverse outcomes take two forms: recompenses and progress. But, while it is hard to determine which of those two forms reigns as the highest measure of success, there is one truth that remains apparent: Accountability Counsel has been most effective at achieving results when they are more deeply involved in the process.

There are two cases that stand out as the clear victories in the Accountability Counsel repertoire, each representing a different definition of success. The Mexico case represents the more obvious interpretation, as it is the only case in which the community was able to entirely halt the construction of a project that posed a substantial threat to their livelihoods, effectively deterring the human rights violations the project implied. The Liberia case represents the definition of success which is often overlooked due to its resemblance to defeat: the institution escaped any accountability for the human rights violations committed, the community’s demands were ignored, and the project proceeded as intended. However, this case was instrumental in effecting a policy change that could help thousands of cases in the future, making this case arguably more successful than the Mexico case despite its apparent failure.

The consensus among the Accountability Counsel team is that the Mexico Cerro de Oro case has been the most successful case in the history of the organization, and possibly even in the history of accountability mechanisms in general. It was the first, and only, time that a community’s ultimate demand was fully respected through engagement with an independent accountability mechanism’s dispute resolution process. The case was a result of a hydroelectric project in Oaxaca, Mexico funded by a U.S. government agency, the Overseas Private Investment Corporation (OPIC). Local populations were concerned that the project posed threats to their physical safety, drinking water, fishing areas, livelihoods and culture. With Accountability Counsel’s help, the communities filed a complaint with OPIC’s Office of Accountability, which led to a dialogue process between the four directly affected communities and the company in charge of implementing the project. The communities reached a historic agreement with the company to suspend construction of the hydroelectric project and develop an alternative project that took into account key community concerns, which would then need community approval to proceed. Months later, the community rejected the plans for the alternative project, and to this day the project remains suspended.

This seem like a completely logical course of action: a community expresses concerns about a project, the company fails to address their concerns, so the project is suspended in order to prevent damage to the community and human rights violations. However, this is virtually unheard of in the realm of foreign direct investment. This was the first case to reach this outcome and the only case to do so in the history of accountability mechanisms. For Accountability Counsel, the goal in each case is to “assist in bringing community voices to the corporate and institutional decision-makers through a process that is fair, transparent and effective.” For their voices to be heard and valued enough to be able to entirely halt the construction of a project is the greatest display of achieving that goal.

In an entirely different way, Accountability Counsel’s Liberia case can be considered just as successful as their Mexico one. As the result of another OPIC project funded through the Buchanan Renewables biomass company in Buchanan, Liberia, many affected individuals were harmed after the company abruptly withdrew from the area when the project failed, devastating local communities. Previously self-sustaining farmers were left without critical income and struggling to maintain their lands and water sources were severely contaminated as a result of the company’s activities, leading to at least one death. Additionally, workers suffered from extensive labor rights violations – protective equipment, safety training, and medical care for work-related injuries were all lacking, and sexual harassment of female workers was rampant. After Accountability Counsel helped the community file a complaint with OPIC’s Office of Accountability, the Office published a report acknowledging the harm the project imposed on the community and recommending more robust due diligence policies. However, that was the end of OPIC’s response; despite admitting the harm caused, there were no attempts made at compensating the affected population or redressing the violations. In this sense, the case was a total failure.

But there was another important outcome that resulted from the Liberia case: a few months after the Office’s report was published, President Obama signed the Consolidated and Further Continuing Appropriations Act of 2015, which requires OPIC to report to Congress on its plan to implement the recommendations in the Office’s report calling for better due diligence policies and risk mitigation. This act was a clear victory in the policy department, and it contributes to another one of Accountability Counsel’s goals: creating a system of robust Independent Accountability Mechanisms that reliably and effectively protect communities against rights violations. Although the Liberians were deeply harmed by this project and their injuries have yet to be redressed, the Further Continuing Appropriations Act is a important step towards ensuring that this same problem does not occur again.

So, which case is more successful, and what can its success be attributed to? It’s hard to tell. The Mexico case achieved everything that the communities wanted, preventing all potential harm and securing the safety of the community. But this rare victory has failed to effect improvements within the system – no other case has ever achieved such an outcome, even other cases financed by the same bank and dealing with the same accountability office. On the other hand, the communities in Liberia suffered great harm that was never redressed. But the case led to the implementation of better policies which could be instrumental in achieving accountability in hundreds of future cases. This poses an interesting conundrum in ranking levels of success; what do you prioritize, tangible recompenses or measurable progress?

It seems even more difficult to tell exactly why each case was successful – in its own way – compared to the many other cases Accountability Counsel has taken on, which have failed both at the community and the policy level. In these two cases, the complaints were filed to the same accountability office for the same financial institution, yet the institution reacted differently each time. In the end, because the processes Accountability Counsel uses to achieve remedy are voluntary, the causes of success may rest with the financial institution and its attached accountability office. When I asked one of the Accountability Counsel lawyers what working at this organization has taught her about the human rights field, she responded that it taught her how little she understands the internal motivation behind businesses and financial institutions. “I can’t really explain to you why particular dispute resolution processes work and others don’t,” she told me. “I certainly have theories, but the point is that I don’t really know. I would love to be a fly on the wall for those conversations.”

After working here for the summer, I certainly have my theories too, and I have mainly concluded that Accountability Counsel has been most successful when they are more deeply involved in the compensation process. Just having Accountability Counsel involved in a case makes the likelihood of remedy approximately three times more likely than cases with no help from an international civil society organization. It doesn’t seem a coincidence that Accountability Counsel’s most successful cases have been those which the organization has a deeper involvement with the community and employs more strategies to succeed: community trainings for negotiation processes, coupled with a strong media campaign arousing public support, and constant in-person contact with community members. However, these strategies may not all be possible for each case due to circumstances outside of the organization’s control, such as media censorship by a highly repressive government. So the degree of involvement depends more on the location than on Accountability Counsel itself.

In the end, success is a wildly relative and subjective term that can assume as many forms as cases Accountability Counsel takes on. Each case may be successful in its own way, considering all the varying definitions of success the organization has. For now, Accountability Counsel will continue to be as involved in each case as external constraints allows, hoping each case will not only bring justice to each community but also push the entire system to be more effective, robust, and fair.