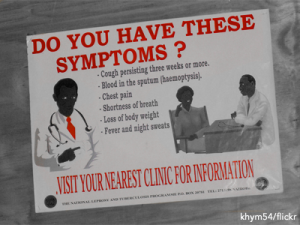 The perplexed look on the faces of the students in the seminar room told me that what I had just said didn’t belong to their world. This was my “Coming of Age in Contemporary Africa” Writing 20 class during the spring 2010 semester. The topic of discussion that day was whether HIV positive mothers should be allowed to have children. The film we had just watched was produced when nevirapine was not widely available in African countries and therefore there was a very high chance that pregnant mothers would transmit the virus to their children during birth.

“How could such mothers live with themselves knowing that their lust for children led them to give birth to children condemned to live with HIV all their lives?” asked our professor.

I was just a few months fresh from Kenya, and I was having a hard time understanding why some of my friends were very determined never to have kids in their lives. I mean, isn’t having kids the normal thing to do? Aren’t kids just so cute and wonderful? Aren’t they the link between your generation and future generations? Well, it turns out that in America, those are not strong enough reasons to have one.

Of course my arguments were methodically broken down, and the fact that I am really terrible in propping my arguments made it worse for me that particular day; forcing the professor to come to my defense. However, I am not staging a comeback today; rather, I would like to broach the ethics of when and how parents who give birth to HIV positive children should disclose to their kids their HIV status as discussed by this article in the Daily Nation, one of Kenya’s daily newspapers.

As the article points out, the issue of HIV/AIDS is a delicate one in Kenya and indeed in much of Sub-Saharan Africa. Even though pretty much everyone has heard about it in one way or another, it is still an issue that is not discussed openly in most families and indeed in the society as a whole. It is therefore not difficult to see why parents would choose not to tell their kids that they were born with HIV. Choosing to disclose to them their HIV status as they grow up raises several questions pertinent to the social settings of the child’s age.

While it would seem like a good idea for parents to disclose to their kids their HIV status while they are still very young and not conscious of its implications in order to demystify the disease, parents run the risk of alienating their kid from other older kids in school who know what HIV is. The other kids might be afraid to interact with them because of their status.

Waiting for the child to grow older also has its own risks. One is that if parents do not get their child’s health monitored by a health professional, the viral load might increase and hence comprise the child’s immune system at any early age. Parents have to weigh between taking the child to the doctor and hence run the risk of disclosure and that of keeping them innocent of their status and risk them getting sick. Others do take their children to the doctor, but they invent other diseases to explain to the child why they have to be on medication. This lie can later come to haunt the parents.

The other issue is that most parents would like to always think of their kids as being their little innocent princesses or princes. Therefore, there seems never to be a right time to disclose to them their HIV status and hence break their innocence. During this time of waiting for the right time, parents run the risk of their kids infecting their playmates accidentally. There were countless times when we were told never to share razorblades, but such advice fell on deaf ears. This happens especially when one has close friends whom they share almost everything with or in the cases of poor societies were only two or three kids in a big classroom have a razorblade and might play with it with the others. It is also no big secret that many teenagers in Kenya engage in sexual activities at a very early age and if parents never inform their kids of their status, they risk them infecting their partners.

Waiting until your kid is in his/her teenage years also has its own problems. Disclosing to them at this age means running the risk of their not being able to handle the news. Many cases have been reported of youngsters who committed suicide after finding out their HIV status. While having a professional counselor talk to the child about their status would seem to be a good idea, it is the case that many people in rural Kenya simply do not have access to such professionals or the money to afford their services. This leaves parents with the option of having a close relative do the counseling which while it might be good in some cases, in others; such relatives do not exist due to the stigma associated with having HIV.

In most Kenyan societies, discussing sexual matters with ones parents is simply a taboo. Therefore, many parents grapple with the issue of the shame that is associated with HIV. Many do not simply want to have to tell their child that they knew that he/she might get infected during birth, but they simply went ahead because they really wanted a child. That he/she will have to live with the virus because of them. Although, children have a right to know of their health status, telling them the truth can either strengthen the bond of trust that exists between the parents and the child, or it can completely break it if the child feels that their parents betrayed them by bringing them forth even though they knew of their HIV status.

These are some of the issues that confront parents. So, is there ever a right time to come clean and disclose the truth to your child?