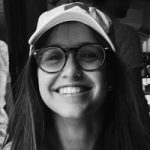 Lola Sanchez-Carrion is a rising junior from Lima, Peru double majoring in Global Health and International Comparative Studies. Her academic interests lie in journalism, storytelling, and analyzing the external and internal factors that shape identities of individuals and members of larger, collective social groups. Lola’s project will focus on the ethics of storytelling in Cuba and Peru. In Cuba, her goal is to better understand how a communist regime has influenced social dynamics among the local population. In Peru, she’ll explore how geographical isolation can create social, political, and cultural disconnect between cities of the same country. Her faculty mentor is Miguel Rojas Sotelo. 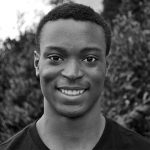 Onuoha Odim is a rising sophomore from Dallas, Texas majoring in Public Policy with an Experiential Ethics certificate and minoring in German. During his first semester at Duke, he collaborated with Richardson, Texas Mayor Paul Voelker to enhance the City Ordinance’s Health Programs. Interacting with Voelker encouraged Onuoha to reach out to community members to help them understand the impact they can have in their own neighborhoods, the foundation of his project. Onuoha will spend the summer interviewing minority residents in Dallas, Houston, and Austin noting views on their communities and evaluating potential methods of legislative change. Onuoha will present the culmination of his research to both the communities in which he’ll work and their representatives. His faculty mentor is Carolyn Yvette Barnes. 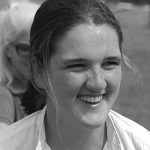 Ema Klugman is a rising sophomore from Washington, D.C. She is interested in history, literature, economics, and public policy, but her major is as yet undecided. Ema has a passion for writing, human rights, and women’s empowerment. Her project will examine women in leadership in rural communities in southeast Myanmar. She will carry out interviews in conjunction with the international NGO Mercy Corps and hopes to explore how historical and cultural norms influence women’s decision-making abilities, and ultimately think creatively about how to empower more women to become change-agents in their families and communities. Her faculty mentor is Vasant Kaiwar. 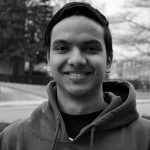 Bigyan Babu Regmi is a rising sophomore, from Gorkha, Nepal, interested in pursuing Economics. His primary interest is in social interactions of different economic entities and markets during unfavorable conditions. He is also interested in policymaking and the way national policies shape economic development. For his project, Bigyan will work among communities impacted by a 2015 earthquake that destroyed large parts of the capital Kathmandu and towns and villages across the country. He hopes to give a voice to the stories of local reconstruction efforts as communities interact and collaborate for the good of all. His faculty mentor is Richard Collier. 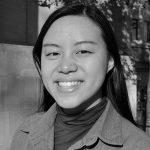 Lucy Dong is a rising sophomore from Cleveland, Ohio, and plans to study Political Science and Public Policy. As a Chinese-American, Lucy has long had interest in cross-cultural comparisons. Her project will take her to China, where she will interview students at Duke Kunshan University and Chinese students studying in the U.S. Through these conversations, she hopes to learn about how cultural and philosophical differences are reflected in the way Chinese people view rights and the role of their government, specifically in terms of media censorship, and within the context of globalization of Western liberalism. Lucy plans to create videos that will share unique insights and explore the possibility of mutual learning between China and Western democracies. Her faculty mentor is David Wong. 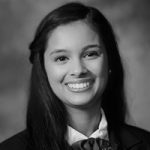 Angeli Sharma is a rising sophomore from East Windsor, New Jersey. She is interested in studying Neuroscience and Public Policy with a focus on health disparities. Through her project, Angeli plans to research decision making related to allocation of resources in health clinics, domestic and abroad, and how physicians working in clinics view low-income patients. Her interest in medical ethics stems from her long-term association with the nonprofit organization Ekal Vidyalaya, for which she spent a summer in India working with teachers to educate children in basic hygiene practices and with physicians in medical campsites to treat the people in rural and tribal villages. Her faculty mentor is Margaret Humphreys.