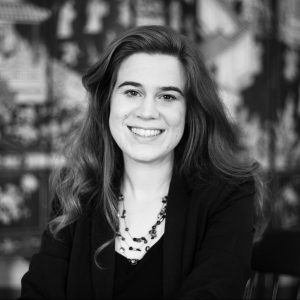 On April 15, 2019, flames engulfed the roof and spire of Notre-Dame Cathedral in Paris. Firefighters bravely took action to calm the fire and save what they could. As they fought the rising flames, a crowd of onlookers gathered in front of the burning building and sang  “Ave Maria” and other French hymns. According to some sources, the singing continued for hours. The church continued to burn.

As I watched these news clips, I was struck by the small community which formed in front of Notre-Dame —a community made and held together by the threads of music. As studies have repeatedly demonstrated, the act of corporate singing facilitates the formation of social bonds for a unified community. In this spontaneous, choral response to the loss of a national treasure, we have an example of the act of singing uniting people in the face of loss and pain. The community formed through these bonds of spontaneous song seems to press back against destruction, and even to offer healing. This community may have dissipated by morning, but for the hours while the building burned, the singers could offer each other solace in song.

As I watched this singing community on the news, I could not help but think of the letter to the Colossians—an ancient text which I study. In this letter written to a young religious community in the ancient city of Colossae, the author includes an exhortation to  “teach and instruct each other with psalms, hymns, and spiritual songs through singing” (Col 3:16). Like the singing in front of the burning Notre-Dame, the singing exhorted in this letter involves corporate singing. But in contrast to the ephemerality of the community formed in front of the burning Notre-Dame, the letter urges the community at Colossae to meet and to sing together regularly at their gatherings.

What work does that regular practice of corporate singing do in and for this particular religious community?

As the letter itself implies, this practice of singing in their regular gatherings instructs and teaches them over time. The regularity of meeting together and singing together urged in the letter suggests a long-term work of formation in the singers.

What do the singers learn through this regular act of singing together?

For one, their act of regular, corporate singing reinforces the story which brings their community together and shapes their understanding of the world: namely, the story of their reconciliation to God and to one another in a new community. Both their bodily act of making music together and the content of their hymns reinforce this story. By singing together, they are drawn together into a new community. By singing their doxologies to God (as well as their laments to God), they remember they have been reconciled to God—and consequently to one another. For example, earlier in the letter, the author cites a hymn (or hymn-like passage) which reminds the audience that they, and all creation, have been reconciled to God. The repetition of songs like this one in their regular gatherings of worship reminds them again and again of this story, even as the bodily act of singing together reinforces this story.

When we remember the ethnic and socio-economic diversity of the early church—new Christians from both Jewish and Gentile, slave and free backgrounds (see Col 3:11; Gal 3:28; 1 Cor 12:13; Eph 2:14-15) against the backdrop of a Roman empire capable wielding destructive military might, an exhortation to sing together seems like a strange exhortation to give to a religious community—maybe frivolous. Perhaps to some onlookers, the singing in front of the burning cathedral of Notre-Dame also seems frivolous. Yet the act of singing together does important work in both cases: it facilitates social bonds for the creation of a unified community. In the case of Notre-Dame , this community gathers to grieve the loss of an important cultural image. In the case of singing exhorted in the letter to the Colossians, this community gathers regularly to teach each other—both in the content of their songs and the physical act of joining their voices—to praise a God intent on the reconciliation of the world, including the reconciliation of their local community in which those from different backgrounds come to hear the voices of others different from themselves. Their corporate singing not only creates a community, it instructs the singers in how to understand their world.