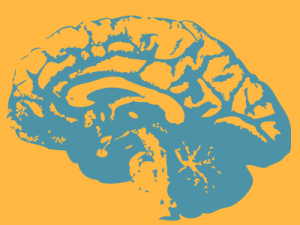 A Kenan Institute co-sponsored workshop examining the nature of consciousness kicked off last night with a lecture by Dr. Joseph Fins, Chief of the Division of Medical Ethics at Weill Cornell Medical College. A primary goal was to bear witness to patients and their families who are experiencing severe brain injury, and particularly to point out that there is a whole class of patients in a minimally conscious state whose condition is not nearly as futile as the medical community tends to believe. Of course, there are tremendous questions about how to predict which patients may recover and how to pay for the intensive care of brain injury patients.

The point that resonated with me the most had to do with language and communication. Dr. Fins named the reconstitution of functional communication as an important palliative care goal, because of its ability to restore community. When patients recovered some language abilities, they immediately gained back a piece of their humanity. A striking example—Terry Wallis had a traumatic brain injury in 1984 and spent nineteen years in a minimally conscious state. In 2003 he miraculously woke up and began to speak (although interestingly as if he was still in 1984). His mother had been caring for him regularly all those years, but Dr. Fins shared that their community started re-acknowledging her motherhood once he started talking; previously thinking she was simply attending a pet. In some sense our humanity, as well as our relationships, are predicated on our ability to communicate.