Climate change could drive more than 120 million people into poverty in the next ten years. This was the ominous prediction contained in a report released last week, by Phillip Alston, UN Special Rapporteur on poverty and human rights. This socioeconomic instability, Alston argues, will have disastrous consequences for a myriad of human rights, especially the rights to an adequate standard of living, life, and rule of law. The report critiques human rights bodies, which have largely identified climate change as a threat but not taken proactive measures to address it. Indeed, this critical intersection between human rights and climate change is too often unaddressed.

Although they are often discussed in silos, climate and change and human rights are tackled together at BSR. When I first arrived at BSR, I did not understand why the term “sustainability” was used as a shorthand to describe everything BSR did, especially human rights and women’s empowerment. For me sustainability conjured up images of the environment and climate change, areas in which BSR also works, but not social issues. Over the next few weeks, I gradually began to realize why sustainability is such an effective framing for combining the distinct yet related problems facing both our organization and the larger world.

A future where the average temperature rises by more than 1.5 degrees Celsius and environmental degradation is rampant is untenable not because of the loss of some pristine natural value that exists in a vacuum, but because this decay would hurt real people. Failures to respect human rights by governments and corporations create an unstable society prone to discord. Sustainability means recognizing that bold and immediate action is essential to ensure a just future.

One of BSR’s strongest offerings is our ability to synthesize expertise in a wide variety of fields and take a multifaceted approach to solving sustainability problems. By bringing together experts in climate, human rights, supply chains, futures thinking, and many other areas, BSR can position itself at the nexus of seemingly unrelated fields, like climate change and human rights. This focus on private sector action is essential and companies can do a great deal to reduce their environmental impacts, such as reducing their own carbon emissions and supporting environmentally-conscious public policy.

Private sector action is an essential component of addressing the climate crisis, but it is not enough on its own. Governments need to act quickly and decisively, and commit to making climate a priority for the long term. As Alston’s report so ominously puts it, “An over-reliance on the private sector could lead to a climate apartheid scenario in which the wealthy pay to escape overheating, hunger, and conflict, while the rest of the world is left to suffer.”

Governmental action to address the climate crisis varies from country to country. The failure to appreciate that climate change is a human rights crisis, however, is near ubiquitous. There have been pushes to codify a healthy environment as a human rights, most ambitiously in Ecuador’s inclusion of the rights of nature in its constitution.

Perhaps governments do not need to use the language of human rights to reduce carbon emissions and pass stricter environmental regulations. But, it is easier and more effective to win hearts and minds when we realize that the victims of climate change are not just ice caps and polar bears, but ourselves. 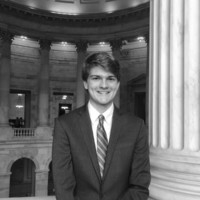 Noah McThenia, placed with Business for Social Responsibility, is a rising junior from Gainesville, Florida. He is majoring in Public Policy, with a minor in Classical Civilizations and a certificate in Ethics and Society. He is passionate about the use of public and private institutions to ensure universal enjoyment of human rights. He works with Kenan’s Citizenship Lab and the Duke Cyber Club.

All posts by Noah McThenia