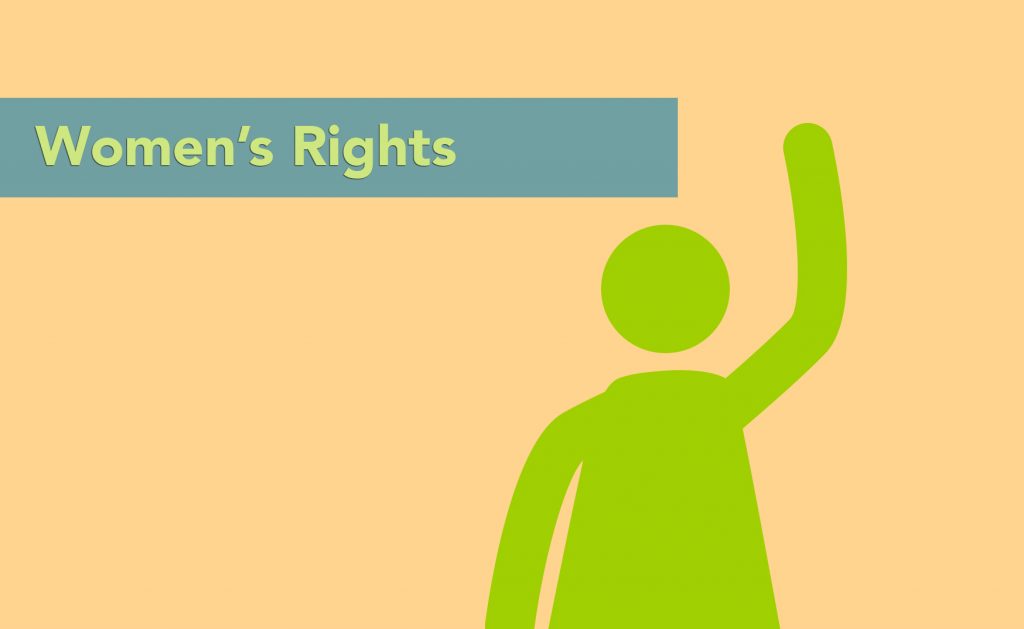 Two months ago, I walked into the Feminist Majority eager to meet my new co-workers and excited to begin my internship. But as motivated as I was, I was unsure of what kind of real impact I would have during the summer. I thought– there are so many important issues to tackle; there are individuals with years of experience and skill sets already working on these matters; I am just a student, I am just one person. How can I make any real impact?

Two months later, I have learned the valuable lesson that while sizable change may be hard to implement on your own, when working with other passionate people real change is possible.

The Feminist Majority team welcomed 12 interns into their office and made us feel like we were exactly where we belonged. Together we worked on serious issues that directly affect millions of women. This summer, we focused much of our efforts on fighting the GOP health care bill that threatens to take away health services from millions of Americans and severely disadvantages women. We spoke directly with Senators’ Legislative Aides about the effects of the bill and attended rallies on the Hill holding signs saying, “Stop the War on Women” and “Feminists Fight Back.” There is no doubt that the work of our organization and thousands of others around the country protesting the bill, delayed the vote and swayed the minds of several key senators.

In addition to working on health care issues, I worked closely with the Feminist Majority to help the Afghani all-girls robotics team get visas to enter the US to compete in the international robotics competition in DC. The Feminist Majority has been advocating for Afghani women and girls since the late 90’s when the Taliban first took power in Afghanistan. Since then, the organization has been committed to reporting on current events involving Afghani women in their news outlet, the Feminist Newswire, and advocating for different Afghani women’s initiatives. When the Feminist Majority learned that the all-girls robotics team was denied visas by the State Department, we quickly took action. We wrote articles highlighting the stories and efforts of the team members and their sponsors. We also made phone calls to congressional offices encouraging Representatives to sign a letter addressed to Secretary Tillerson urging him to grant the team visas to travel to DC for the competition. There were split opinions throughout the office on whether or not we believed the Trump administration would grant the girls visas and even do so in time for the girls to hop on a plane and get to DC to compete. But, one morning I came into the office and heard the great news. The girls were granted special visas, and they were on their way to DC.

I attended the opening ceremonies for the FIRST Global Challenge and watched as the girls received a standing ovation as they walked onto the main stage. I was then fortunate enough to meet the members of the team at the Afghani Embassy just days later. The Afghani robotics team won a silver medal at the international robotics competition. Thanks to public pressure and advocacy, the girls were able to experience their win first hand rather than watching the events via Skype.

The future of the United States and the world is dependent on empowering women and girls to cultivate their talents and pursue their dreams. The Afghani girls are now role models to thousands of other Afghani youth, and they have shown the world that when given the opportunity- girls can and will succeed.

The Feminist Majority taught me this summer that change is possible, with persistence a group of determined people can have an impact and slowly, but surely make the world a better place.