Can’t Tell You Nothing 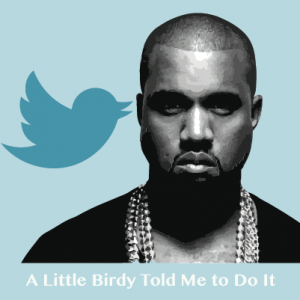 Secretly in the middle of the night.

Right in plain sight, but without fanfare.

The cover-up that puts Benghazi to shame:

I’ll wait for you to regain your composure.

“OMGGWHAHAATHAHAHAHTHATHAHAMGMGWAMG”, you say silently to yourself as you stare at your overpriced MacBook screen and barely crack a smile as your soul slowly cracks like the walls of a reservoir that is for some reason placed upstream of a small but adorable village.

Since November, Ye has been bashed repeatedly by peers and fans alike for his support of Trump and various meetings with him. And now they are bashing him for changing his views.

And that is what is important.

Normal human beings listen to the news and interact with others and share ideas in order to grow and develop personal identities, values, and beliefs. A celebrity, on the other hand, listens to the news and interacts with others and shares ideas in order to develop a cult-like following that uses that celebrity in question as a lightning rod to validate any of their personal claims.

I promised myself that I wouldn’t mention politics because it has been firehosed nonstop for the past year, but the easiest example to prove my point is Hillary Clinton. During the past season of Fear Factor: American Government, she was attacked from every side about how she drastically changed her stances on major issues, supposedly in an attempt to gain more political reign, most notably relating to same-sex marriage (quick list of flips and flops here and larger one here). Bernie Sanders, on the other hand, was praised for having the same stances for decades and fighting hard for them ever since.

Yet, the American people were the ones who flipped and flopped: numbers on those who favored and opposed same-sex marriage nearly reversed in the past 10 years. So can we blame Clinton? Or any other politician? What does it mean to flip flop on an issue anyway? Is it flagrantly switching positions for votes? Is that even a bad thing because doesn’t that mean that there is a constituency of citizens that actually support her new views and made her truly representative?

Now let’s exit the superficial world of politics and zoom out. What would happen if Jenny McCarthy suddenly came out with a rational thought and realized that vaccines are not linked to autism? Is that not even possible at this point? She would be ridiculed by both followers and opposers, EVEN THOUGH that is probably best for the world. She is backed up into a corner and has to stick to her old beliefs because of her high-status position or fear that she loses all credibility and celebrity status.

So I think the problem is with us. I am personally scared to ever become too big in life that I am not allowed to change my mind. We use a filtered version of stereotyping when we decide that a certain celebrity or powerful figure embodies a certain ideology. The leader of each political party has to stringently stick to more and more extreme versions of their platforms. It becomes a basic prisoner’s dilemma where we end up more and more polarized, with no real gain in governmental efficacy.