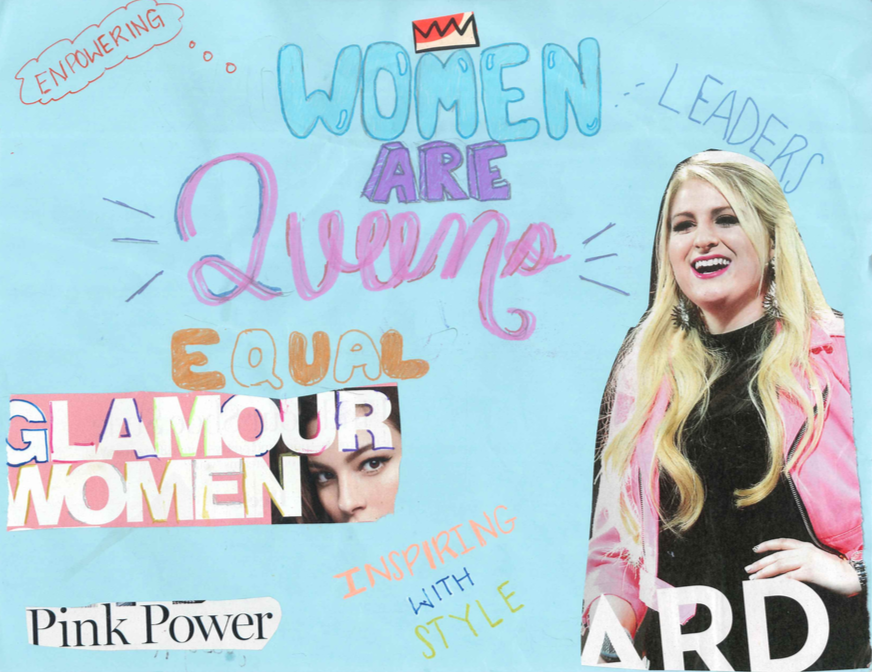 During the final meeting at Brogden, the participants celebrated the conclusion of the mentorship program and provided feedback in a short survey. The girls agreed that it was “so cool” to have the opportunity to meet women with such diverse and interesting accomplishments. I think that perhaps the largest takeaway of the program was the introduction the young women i had to women of color with careers mirroring their own aspirations within their community. I am incredibly grateful for all of the speakers who served as role models not only for the young women at Brogden, but also for myself!

Coined by sociologist Robert K. Merton, the term “role model” refers to a person whose behavior, values, and accomplishments are emulated by typically younger individuals.  Although many young women in STEM attribute their initial entrance and success to examples set by older women, there has been surprisingly little scholarship about the influence role models may have on contributing to young women’s self-confidence in other areas.  Perhaps, this deficit of research can be attributed to a lack of knowledge of role models within certain areas.  According to a recent poll of working women ages 18 to 60 living in the UK, the vast majority “had few or no female role models in their organization” and some respondents believed that “a lack of role models had a detrimental impact on their career.”

While studies examining the benefits of role models for young women are fairly limited, they nevertheless suggest that having a role model can encourage young women to pursue their goals.  A recent experiment during which male and female college students were exposed to images of Bill Clinton, Angela Merkel, and Hillary Clinton while giving a speech, found that when viewing pictures of the women leaders, women outperformed their male peers. Ultimately, the researchers concluded that “subtle exposures to highly successful female leaders inspired women’s behavior and self-evaluations in stressful leadership tasks.”  Furthermore, “results of this study suggest that increasing the presence of female leaders and role models could give more young women the confidence to demonstrate strong leadership skills in a world where men still hold the vast majority of leadership positions in government and business.”

I am curious to see what the short-term and long-term results of participation in this program will be for the very astute, inquisitive, and determined young women I had the pleasure of meeting this year.  One participant mentioned that she wished for a similar program to be available for her next year at high school.  I am happy to know that the young women enjoyed the program and hope that they will continue to seek women mentors, remember the importance of women supporting other women, and become role models themselves one day.