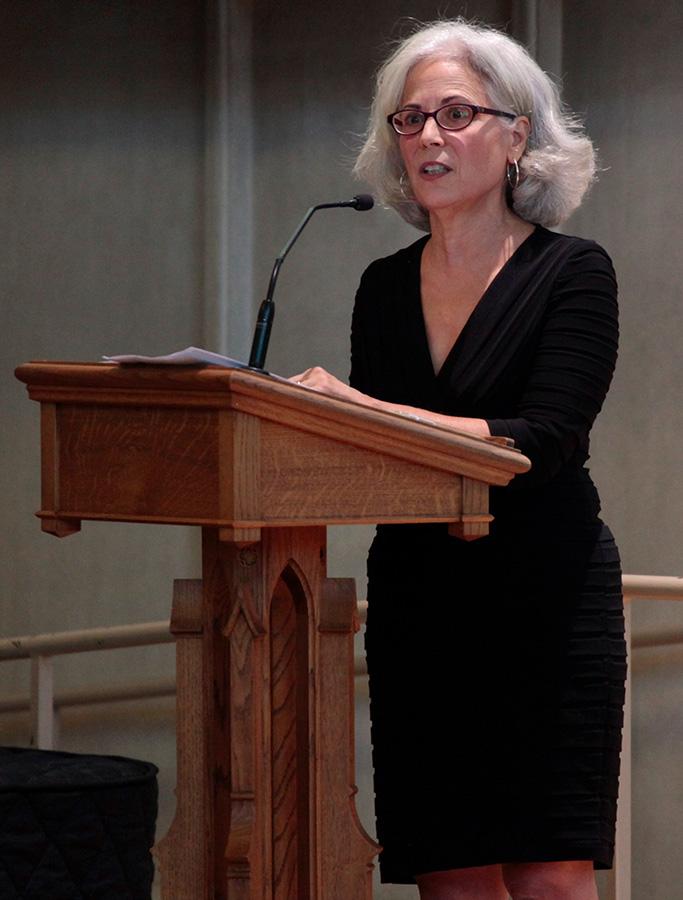 Monday evening in the Divinity School’s Goodson Chapel, Facing the Anthropocene at KIE sponsored the Fall 2019 Luce Lecture. The Luce Lectures are a series of talks on environmental issues, climate change, and how humans relate to the world. Jane Bennett, Andrew W. Mellon Professor of the Humanities at the Department of Political Science at Johns Hopkins University and author of Vibrant Matter: A Political Ecology of Things, presented a talk entitled ‘Only Zeus is Free’: On Human Effort in the Anthropocene.

Bennett’s talk explored ideas around how to respond to an issue such as climate change that is so much larger than any one person. Influenced by passages from Walt Whitman around the power of gentle influence, she spoke about how to respond to a crisis that individuals have minimal power to influence.

Bennett described a world in which humans are not god-like agents, able to impose their will on situations without being affected in return. In place of this idea of the self having power, she suggested we think of human effort as taking place from inside situations. As she put it, “an inspirational rewiring of the central nervous system.” Responding to climate change is less like Zeus throwing a lightening bolt and more like riding a bike. “You don’t choose the conditions of the road or the weather, but you can steer by leaning right or left.” In the face of the Anthropocene, she encouraged the audience to think of quieter, more persistent forms of involvement, like influence and attention to nonhuman processes. 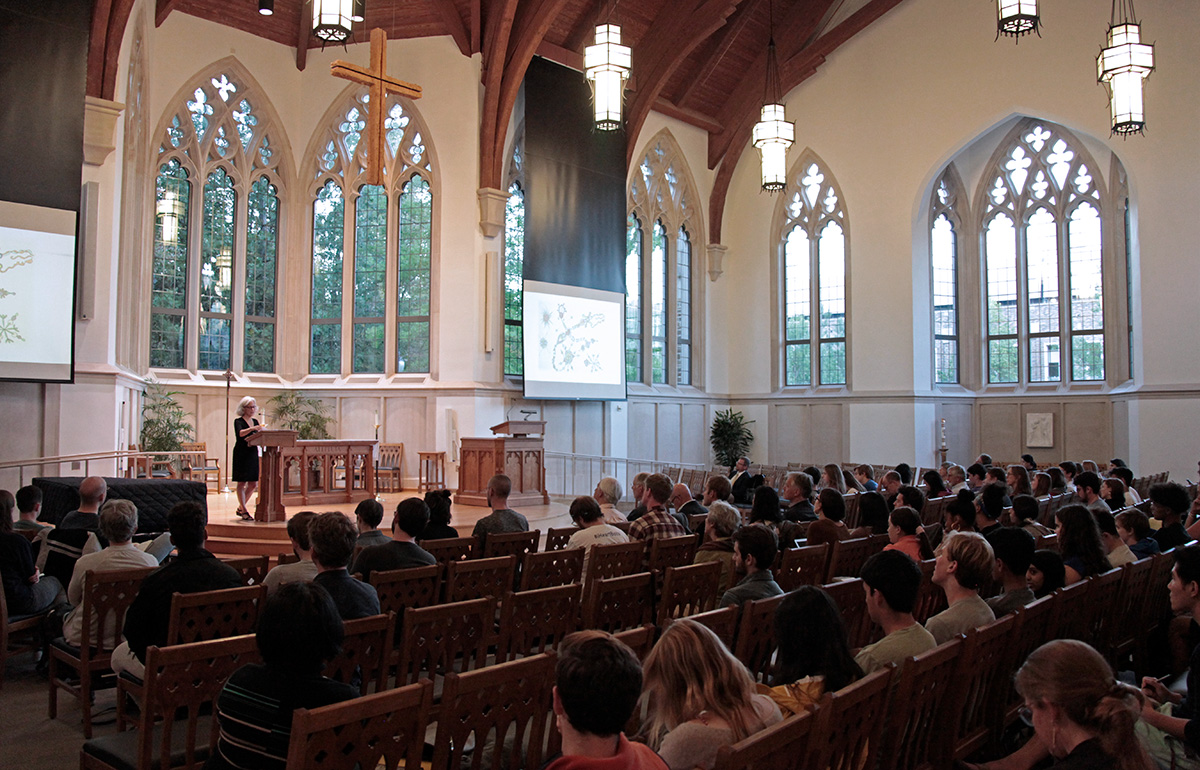 Kenan’s Facing the Anthropocene explores a variety of interactions between people and place to produce research and host seminars and lectures. Summer Fellows expand on the project’s work by incorporating ideas of the Anthropocene into their research. The project also includes a multidisciplinary working group enabling scholars to engage in conversations surrounding the human impact on the planet. The group studies how political, legal, and economic orders shape landscapes and ecologies through global patterns of human habitation and use.