This blog was adapted from an reflection for EDU 220: Race, Power, and Identity. 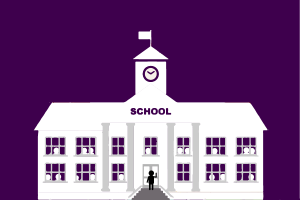 For the first six years of my life, I attended Method Child Development Center in Raleigh for three days a week while my mother worked across the street at N.C. State. The preschool was hosted by Pullen Memorial Baptist Church, a diverse congregation whose progressive politics won exclusion from the Southern Baptist Convention and approval from my liberal parents. Growing up in this heterogeneous population, I observed racial differences with great curiosity and little understanding. I gradually learned the vocabulary to describe my peers: Black, Hispanic, Asian. Noticeably absent from my taxonomy was “white.”

I knew that I was white, but I understood whiteness to be simply the absence of racial identity. In hindsight, this understanding seems in part the natural consequence of my weekly routine. Although I spent Monday through Wednesday at the preschool, I went home to a white household in a white neighborhood and played with white friends from my white church. Rather than living a truly integrated life, I received only a regular dose of diversity in a specific context. Therefore, in my mind, whiteness was not a category like blackness—it was default existence. I understood race not as a difference between me and my Black and Hispanic friends, but as a difference that belonged to them.

Because my parents were proactive about moral education, I knew this difference was supposed to be unimportant. I took pride in the knowledge, as a child might be proud to know his home telephone number. When my mom read me a children’s book about Martin Luther King Jr. called Martin’s Big Words, I memorized the information to show off for the preschool teachers the next day. I remember thinking that because they were black, they would probably be very impressed that I knew so much of their history. Once again, absent from my thought process was any conception of my own whiteness. When learning about civil rights through my parents’ teachings, I identified with the Black heroes, not the white adversaries. I thought of them like Titans, warriors for justice in an ancient battle that was disconnected from the present—a battle whose glory I could celebrate but in which I would never have to fight.

My entry into public school resulted in a degree of disillusionment. Because my birthday was past the cut-off date, I stayed in preschool an extra year and entered Kindergarten at almost 6 years old. The delay turned out to be a blessing, as I met Devin, a lanky boy who would become my best friend that year. Devin was Black. We played soccer together, got into mischief together, and learned together. We were inseparable—until the school separated us. At the end of Kindergarten, the school decided that three students in our class would be held back. Devin was one of them, and all three were black. I remember trying to console Devin by sharing that I had been forced to stay an extra year in preschool. “It’s not like that,” I recall him saying. “You wouldn’t understand.”

I did not understand, but I was starting to recognize that somehow, education and race were deeply related. A few years later, my elementary school controversially lost its magnet status. Over the next few years, many white students migrated away from the school, which is nestled within the historically black neighborhood in my hometown. Many of my white friends’ parents pushed for them to attend newly developed middle schools in affluent subdivisions. Although my family chose for me to attend a more diverse middle and high school downtown, the scramble following the re-segregation of my elementary school showed me for the first time that I was, in fact, white. By creating conditions that made us choose between better-resourced but less diverse schools and less-resourced but more diverse schools, the school system baited us to embrace our whiteness. I no longer saw whiteness as a passive absence, but as a force that had visible implications. At the same time the school system was producing visibly disparate outcomes, it was incentivizing families to deepen the disparity. It’s common to hear that race is “learned.” I don’t think I was taught that I was white—but maybe it was schooled into me.