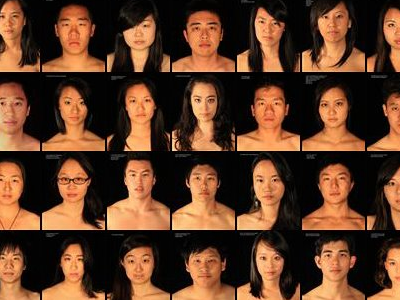 When I picked up the Chronicle yesterday morning I was so sad to see what has become a familiar headline. Yet another theme party has stirred controversy over blatant and insensitive stereotyping. Kappa Sigma Asia Prime—superficially redubbed “International Relations”—unfortunately adds to a long list of derogatory parties at Duke.

Last week I described the Me Too Monologues as an exercise in “moral imagination,” which is a concept that I first explored in the Ethics Certificate Program gateway course, and specifically through our reading of Hannah Arendt’s Eichmann in Jerusalem. The subtitle for her piece on the trial of Nazi party official Adolph Eichmann is “a report on the banality of evil,” the banality of evil being the antithesis of moral imagination. If we cannot place ourselves in another’s position, and if we desensitize ourselves to language, then it may simply be with banality that we allow harm, disrespect, immorality, or even evil.   In Arendt’s assessment, Eichmann committed atrocities not out of severe anti-Semitism and hatred, but instead by thoughtlessly following command.

With this in mind, I think it is better not to demonize this one particular organization, but instead to notice the banality with which we as a campus and as a larger society allow such disrespect. The tagline for several of the flyer campaigns in reaction to these parties has been, “If you’re not outraged, you’re not paying attention.”  How often do we pay attention? The situation may not always warrant outrage.  But greater attention on a smaller scale can make a difference.

One of our Campus Grants last spring funded a photo essay called The Multitudes Project for a house course that explored Asian American life at Duke. I wish it was still on display, but you can see the full collection on their Facebook page.  From a wall that at first seemed to invoke homogeneity, there emerged 40 individuals and 40 insights into those individuals’ experience of being Asian.

There’s nothing simple about how we define our identities, and we should all be aware and thoughtful about whether we legitimize or undermine anyone’s sense of humanity. I hope we will all commit to paying more attention and therefore guarding against a banality of disrespect within our communities.