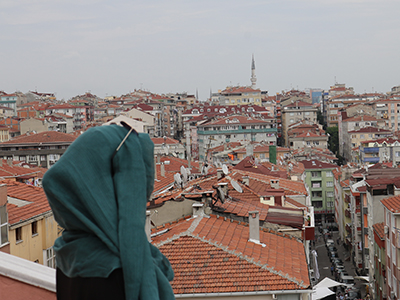 This past week was both beautiful and overwhelming. Because Uyghur and Turkish people are both Turks and I’ve immersed myself in Uyghur culture growing up, I wasn’t expecting much of a culture shock. But this week was the complete opposite of my expectations—never before have I felt so lost and amazed at the same time.

I had to get used to the crowded neighborhoods, narrow alleyways, stray cats and dogs, dusty streets, young and old beggars, lurking cigarette smoke, crazy drivers who give no right of way to pedestrians and love honking their horn, and the ridiculous traffic that forces people to just take the metro train/bus.  And then there are the countless mosques, with their beautiful calls to prayer that go off simultaneously and echo through the busy streets (For the first time in a very long time, I didn’t have to wake up to my obnoxious phone alarm for Fajr prayer (the Islamic prayer before sunrise)). This week was also the first time I indulged in the famous Turkish dondurma (icecream) that costs less than a dollar, and the weekly Friday bazaar that sells everything that I love—hijabs, Turkish delights, accessories, food, skirts, and more food.

And then there was also the language barrier. Like I mentioned in my previous blog, the Uyghur and Turkish language is different enough for me not to completely understand. The first day upon my arrival I had already mastered the phrase, “cok az turkce biliyorum”, meaning “I know very little Turkish”, in an attempt to mitigate any awkwardness arisen in conversations.

A relative that Oghuz (my brother whose accompanying me throughout my stay) and I had stayed with the first day emphasized to us that many Turkish people would treat us differently once they knew we don’t speak the language. And, based off the past few days, I tried to just convince myself that the people we were interacting with were just having a rough day. I remember a Turkish phone company worker had rolled her eyes when we had asked her to help us with our phone situation (btw, we had no wifi or data for three days straight – probably one of the best and worst experiences of my life). She gave off a pretty negative vibe and set the tone for how I initially viewed Turkey and its hospitality.

But, alhamdulilah (Praise and thanks to God), we had someone we knew to guide us and show us how things work.  Many refugees or immigrants don’t, and that only made me think of how much harder it is for people to adapt when the only people they have is themselves. Many learn about the country the hard way—by feeling inadequate, lost, or being taken advantage of, three feelings I felt when I didn’t have my relative with me.

By the fifth day in Istanbul, my relative brought Oghuz and me to Zeytinburnu, where most Uyghurs in Turkey live. I was grateful for the experience, because after four days of being utterly confused and overwhelmed I finally felt a bit at home. I was able to understand the signs of restaurants and shops because they were written in Uyghur, and I could understand the conversations of the Uyghur elders and children strolling down the alleyways. I could walk into a Uyghur restaurant and eat food that I normally eat at home, and could ask someone for directions without having to try to decipher what they were saying.

One of my goals for this week had been to start meeting with and getting to know some potential interviewees, before deciding to formally interview them with my camera. While in Zeytinburnu, we ate at an Uyghur restaurant and briefly met an Uyghur man who was on his lunch break (keeping him anonymous for now). I wasn’t able to ask him much, but he looked to be in 20s. I found out that he was born and raised in Turkey, and had been actively working to help Uyghur refugees in Istanbul and Kayseri. His father has been in the Chinese prisons for more than a decade, but I didn’t ask him why or how—not only because he already looked distressed and tired, but because he didn’t say the reason himself and I didn’t want to impose more negative thoughts when he had to get back to work.

While in Zeytinburnu, I also learned a bit of the political landscape in Turkey regarding China and the Uyghur diaspora population. Many who still have family back in East Turkistan cannot openly declare or show their ethnic and nationalistic pride without fearing consequences by the Chinese government. Multiple Uyghurs informed me that there is a large number of Uyghur informants in Turkey that get paid by the Chinese government to report religious and political activities that may mobilize sentiment against China. That’s why it is rare, for example, to see the East Turkistan flag hanging outside of an apartment/restaurant or for someone who still has ties in China to openly do religious activities. I had asked a lady if she would be willing to go to a Quran study group that would meet up everyday, and she told me that if she were to be seen by the informants, she would stop receiving her only source of money, or her monthly retirement pension from the Chinese government.

There’s still so much more to learn, and so much more to do. I’m just starting to realize how little I actually know about my own people. I’ll be updating y’all next week. Wish me luck! 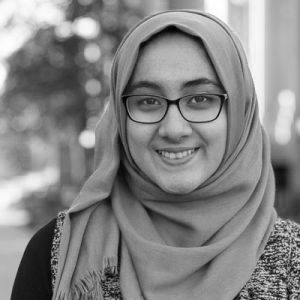