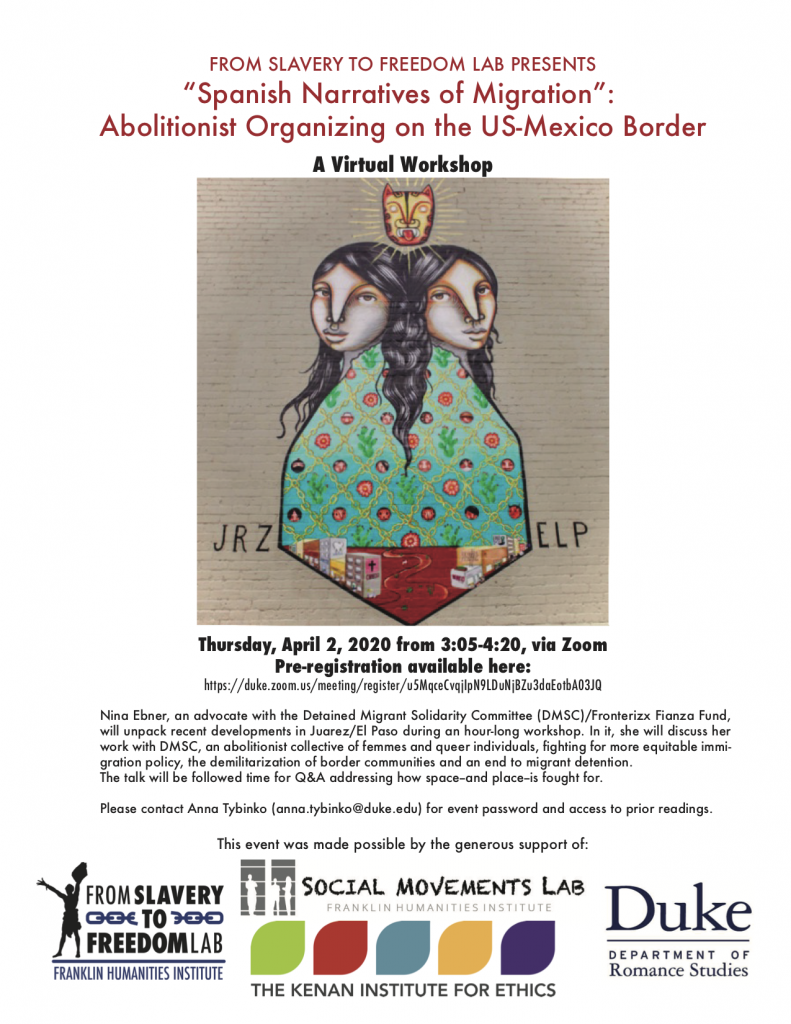 Nina Ebner, an advocate with the Detained Migrant Solidarity Committee (DMSC)/Fronterizx Fianza Fund, will unpack recent developments in Juarez/El Paso during an hour-long workshop. In it, she will discuss her work with DMSC, an abolitionist collective of femmes and queer individuals, fighting for more equitable immigration policy, the demilitarization of border communities and an end to migrant detention. The talk will be followed with time for Q&A addressing how space—and place—is fought for.

The workshop, as part of the “Spanish Narratives of Migration” Seminar, will take place via Zoom on Thursday, April 2, 2020 from 3:05-4:20. It is open to the public but will require pre-registration and a password to join.

Earlier this month, Sara Kate Baudhuin, Trinity sophomore, Program II major, and member of the Kenan Refugee Project, headed to Oxford College for the weekend. Sara Kate was attending the Time, Space, and Culture conference sponsored by the London Institute of Interdisciplinary Research. At her very first academic conference, she presented her summer research findings comparing the experience of refugees from Burundi and Democratic Republic of the Congo currently living in Rwanda.

Based on 40 refugee life stories, The Influence of Physical and Temporal Separation from Home on the Notion of Hope in Refugee Populations, explores the impact of protracted displacement on refugee well-being. Through analysis of a poignant set of refugee narratives, Sara Kate argues that a diminishing hope of repatriation and return to home and family can create new forms of intergenerational trauma. Both the initial forced displacement and the prolonged waiting in refugee camps, however safe they may be, generate trauma. Sara Kate concludes, “Time does not exist in a vacuum, the duration that one spends in refugee camps is not merely lost time with no effect, but rather, this trauma seems to compound with time. We see this trend happening in real time, we see the way this has affected both populations that we spoke to; this should catalyze policy change and demand more immediacy in finding solutions and support.“

Sara Kate is planning to revise her article for publication.

The Kenan Refugee Project (KRP) is a community-based research and advocacy project at Duke University’s Kenan Institute for Ethics.

On a recent Friday across a table in the Duke Hospital cafeteria, new and extraordinary connections were being made. The vital ties that carry social capital—the insight, experience, social and emotional support so important to enabling immigrant and refugees to thrive in their adoptive communities–were emerging over lunch. Iqra Basri, a Pakistani born, immigrant and first generation community college student, who aspires to a career in health care, was getting to know what a typical day looks like for Rosie Canizares. Rosie is a Duke alumnus and Clinical Specialist in Orthopedic and Sports Physical Therapy. Rosie, herself a child of immigrants, was strategizing with Iqra about how to plot a path to a four-year college—a new direction neither her family nor friends understand.

Hint: This is not another adult mentoring program. 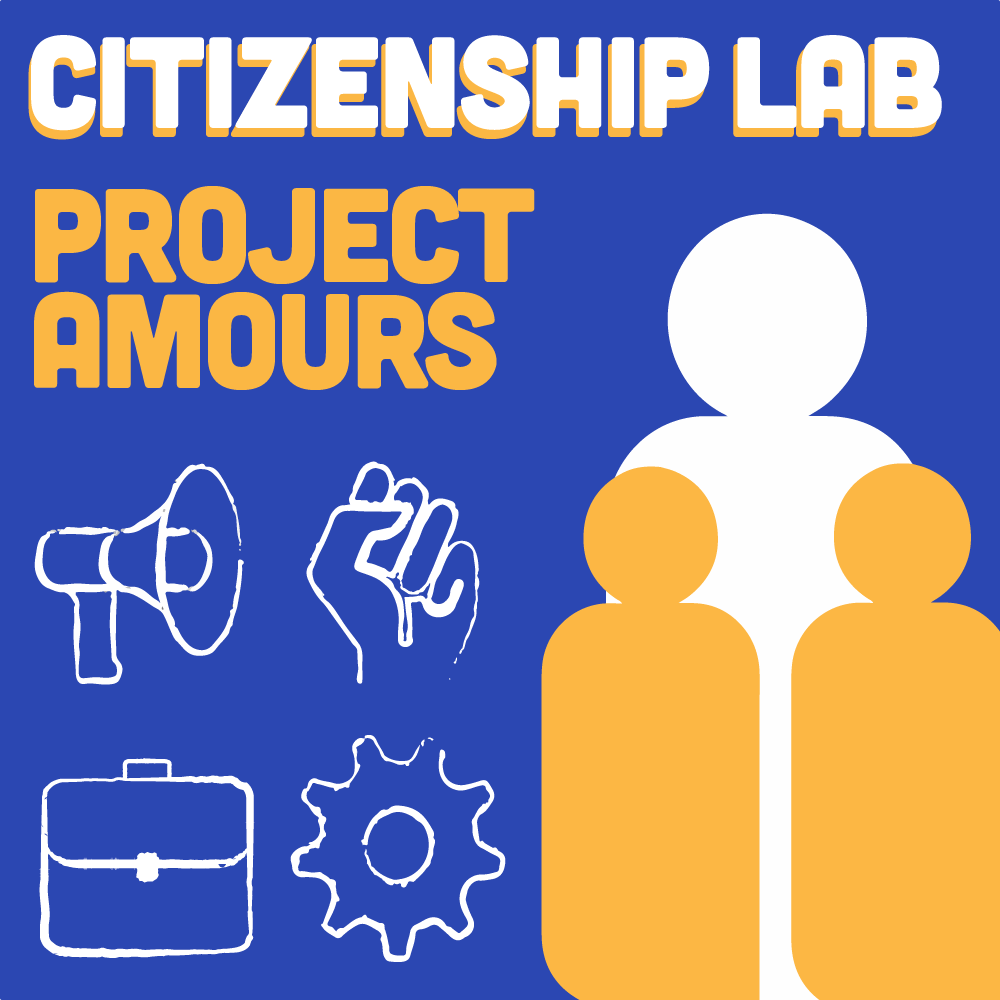 Instead, this story is part of an innovative social venture, Project AMOURS (adult mentors of underrepresented refugee and immigrant students), that was developed in the Kenan Institute’s Citizenship Lab. The program partners alumni, Duke students, and newcomer youth in vertically integrated mentoring relationships and friendships. The relationship between Iqra and Rosie, a newcomer to Durham and Duke alumni lies at the center of a set of overlapping and reinforcing friendships that also include a Duke student,  Marium Kahn. Marium is Iqra’s Duke undergraduate mentor, herself an aspiring doctor and recent immigrant.  Building on social networks and educational access research, the student leaders of Project AMOURS found that creating overlapping and layered circles of friendship is the most effective way to work with and build this social capital—precisely because it is also good for the Duke students themselves.

The key to this success is finding older adult partners for youth such as Iqra, and thus forming the anchor relationship. Duke alumni are the answer. These Duke alumni participate in Project AMOURS for a range of reasons, but the desire to work with motivated newcomer youth as they find their way in a new country is paramount. Many alumni also describe a longing to reconnect to campus and wanting an excuse to meet smart and interesting Duke undergraduates like Marium.  So for Rosie, Marium and Iqra, this relationship is a win-win-win for all.

Back in the cafeteria, Marium was telling Rosie who the most engaging professors are so that she could steer her own first-year advisees to their classes. Marium, for her part, was learning from Rosie that being a doctor was not the only fulfilling career in the health care field.  “I had no idea,” Marium remarked, “that you could get PhD in Physical Therapy and have a rewarding career that includes seeing patients and teaching until I met Rosie.” Furthermore, Marium’s new insight about her own trajectory enabled Iqra to have a new sense of the possible as well.

Project AMOURS and Citizenship Lab are part of Global Migration at the Kenan Institute for Ethics – a multidisciplinary collaboration between faculty, students, and practitioners exploring the empirical and normative consequences of human migration.

This past Saturday, first-year SuWA student Lizzie Roy organized a trip to the Nasher Museum of Art for the SuWA women and their mentors.  Paralleling SuWa’s aims, the Nasher has a mission to create a platform for underrepresented artists with a dedication to bolstering a community of diversity.

During the event, the group toured Pop América – a new exhibit highlighting Latin American Pop artists – and viewed pieces in the Nasher’s permanent collection gallery. The themes of the tour revolved around women and immigration, and featured artwork created by female artists or depicting female subjects. At the end of the tour, the women and mentors had the chance to create some art of their own through a drawing activity. The women were encouraged to return to the Nasher to partake in the Saturday drawing sessions in the galleries and to bring their children to the Family Sunday event held monthly.

Roy commented: “The event was great fun for women and students alike. We are so grateful to the Nasher for making this special opportunity possible.” 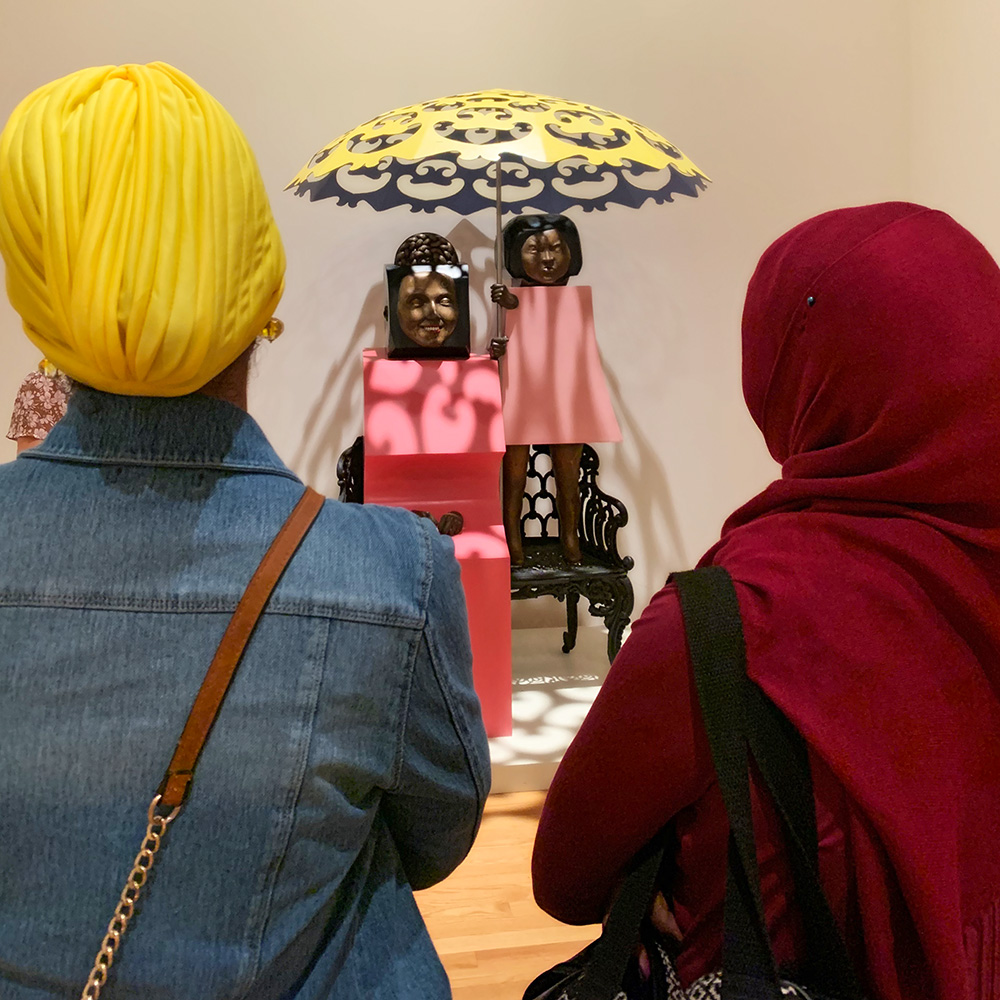 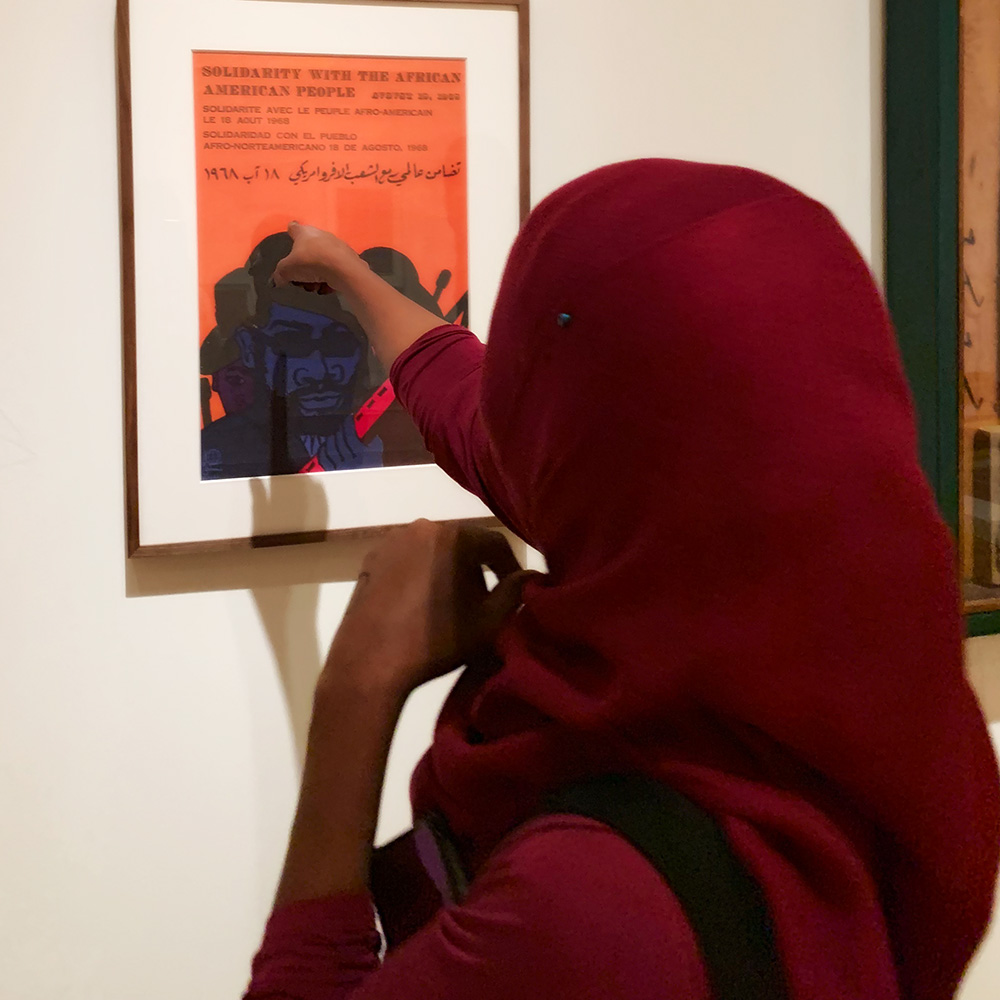 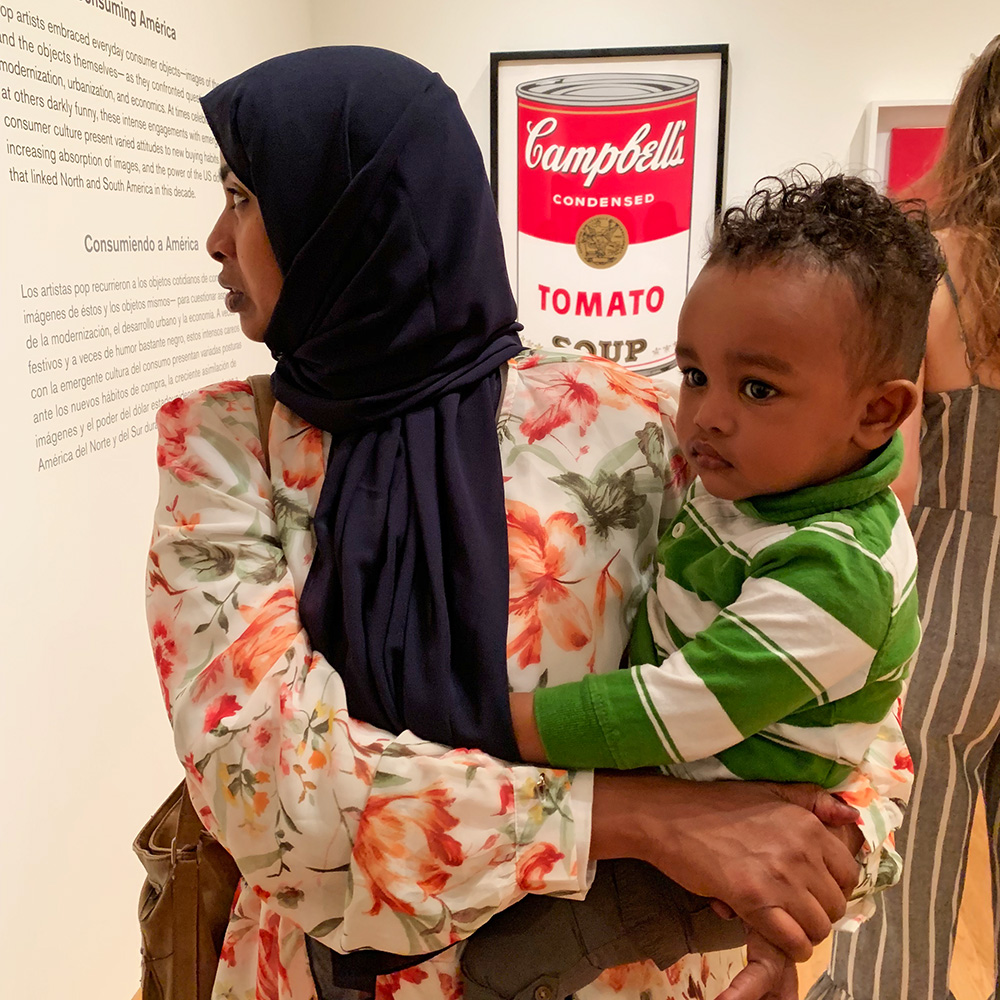 Supporting Women’s Action, or SuWA, is a collaboration between Kenan Institute students and women recently resettled in Durham. Each Tuesday night, about 25 women and 25 students gather in the West Duke building to take part in language instruction, citizenship test preparation, small business development, wellness trainings and community building activities. Throughout the year the students of SuWA also organize activities that would be of broader interest to the newcomer community.

The Worldview Lab at the Kenan Institute, under the direction of professors Stephen Vaisey (sociology) and Christopher Johnston (political science), for the past year and a half has assembled a team of graduate and undergraduate students to research how values shape decision-making. The lab’s ongoing activities include meetings twice a month where members workshop and present studies, receive training, and listen to visiting scholars from Duke and other universities present their research.

Members of the lab will present their research projects on April 10th at 2:30 PM in their lab space (08C West Duke Building). Brian Guay and Jesse Lopez (political science) will present their work on public opinion after the emergency response text message after Hurricane Florence, Susan Jacobs (sociology) will present her work on cultural transmission of beliefs about disability, and Kiamya Philson (sociology and neuroscience) on her proposal for focus groups on Black women, physician interactions. All work was funded by the lab, and non-members are welcome to come.

Further, professor Tim Ryan from UNC Chapel Hill political science, an expert on public opinion, political behavior, and political psychology, will visit the lab on April 24th, at 2:30 PM to talk about his latest research.  If you would like to be involved in the lab as a graduate student, postdoc, faculty member, or undergraduate student, feel free to email the lab’s manager, Joshua Doyle, at joshua.doyle@duke.edu. 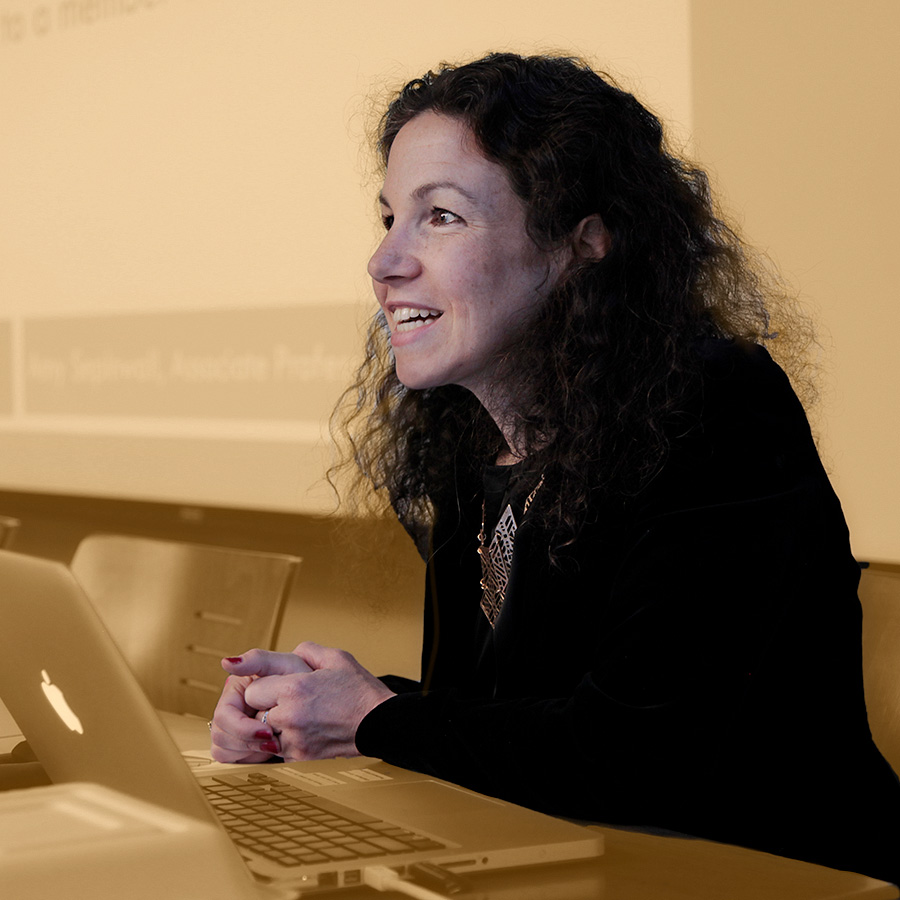 Monday’s Kenan Graduate Fellows in Ethics seminar featured Amy Sepinwall, Associate Professor of Legal Studies and Business Ethics, the Wharton School at the University of Pennsylvania. Sepinwall began her presentation by narrating her academic journey from undergraduate degrees in philosophy and English, to a bioethics Master’s, then a doctorate in philosophy along with a JD. Considering herself a bit of a “foreign animal” in a business school, Sepinwall has built her career on tackling head-on the ethical complexity involved in collective responsibility and complicity: while her PhD work looked at the nation-state and citizens’ responsibility in reparations for slavery, or in the conduct of war, her later research has focused on the corporation. She briefly touched on her writing about the 2014 Hobby Lobby case, where she asked “When is it reasonable for an employer … to think itself complicit in the conduct of its employees or customers? And when is a reasonable claim of complicity compelling enough to warrant an accommodation?”

While the Supreme Court’s narrow decision to vacate the lower decision against Masterpiece Cakeshop hinged on evidence that Colorado commissioners acted with hostility toward religion, the Court’s ruling did not offer general guidance on whether or when discrimination is ever permissible in the sale of goods or services. Several of the justices’ remarks lay out the No Person Discrimination (NPD) principle.  Advancing this principle, Justice Kagan and Justice Ginsburg’s remarks both affirm a business should serve based on inventory rather than on the basis of the customer: if a business sells a product to someone, they must be willing to serve that identical product to any person without discrimination. The assumption of NPD is that if the product is not objectionable to the vendor, then there would be no grounds to refuse its sale to an individual or group the vendor might find abhorrent. Sepinwall argues this principle is flawed.

In laying the groundwork for her alternative “hate has no home here” (HHNHH) model, Sepinwall invented an illuminative example: Two identical, non-descript frosted carrot cakes – each with a note saying it is for the KKK event. Under the NPD principle, if a shop would sell this cake at all, then it must be willing to sell to any party.  In her next slide, we find that one hypothetical cake is destined for a Klu Klux Klan event while the other is going to a party hosted by the three Kardashian sisters. Sepinwall is sympathetic to some refusals of service and argues for a better model which would allow doing so: “A better policy is discrimination against a project that has hate as its core.” In this example her alternative model would allow discrimination (refusal of sale) to entities like the Klu Klux Klan, because those “goods or services … would be used in projects promoting animus toward individuals or groups on the basis of their protected characteristics.”

One of the graduate students asked Sepinwall how “hate” would be defined.  Her response:

“HHNHH recognizes the value in having businesses operate conscientiously, even while it places limits on the operation of conscience more defensible than those of the NPD.”

Sepinwall praised the question and answer format of this talk and thanked the attendees for their thoughtful inquiries and observations that continue to help her test and refine her philosophy.  As the seminar came to a close only because of time, the students were overheard with many versions of “this was so interesting” and “such a good semester” as they filed out into the hallways of the West Duke Building – bringing “ethics everywhere.”

The Kenan Graduate Fellows in Ethics Program brings together an interdisciplinary cohort of doctoral students whose dissertation research engages in interesting ways with significant normative issues. Fellows participate in regular seminar discussions and present their work in twice-yearly research workshops.