The Reception and Integration Agency (RIA) at the Department of Justice and Equality. 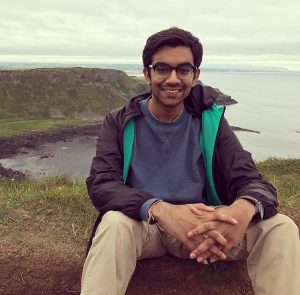 I had read about it. I had heard about it. The Reception and Integration Agency, the monster under the bed.

I haven’t met a nicer monster.

RIA is an agency within the Department of Justice and Equality in Ireland that focuses on asylum seeker accommodation and provision, including providing for social welfare allowances, free room and board, and a number of other complimentary services including but not limited to utility, food, laundry, literacy services, religious services, etc.

I am studying psychology at Duke University. Understanding the way perceptions are formed, transformed, mutilated, and juxtaposed is a breathtaking foray into the depths of the human mind and its complex intricacies. Despite these complexities of the mind, people still subject RIA to the simplest of mentalities, the mob mentality.

Often people make the mistake of thinking that everything is black and white, that one story is the world. They miss the gray, the infinite stories behind the story, and are satisfied with a scapegoat. RIA has long taken the blame for asylum seeker conditions.

When I found out I would be working at RIA, I immediately scoured the internet for anything mentioning RIA. Nothing but negative commentary. It’s week four now but I remember day one as vividly as yesterday. I walked in, thinking that the office was going to be a monotonous gray space full of regretful, cynical workers. I could not have been more wrong.

To have such low expectations and then to have them shattered so spectacularly and through every ceiling imaginable is mind-bending. I walked inside.

The most significant thing people forget about RIA is that it’s not an entity, it’s an amalgamation of people. Each individual brings a different perspective to the table and works in tandem with others to bring about change. When people say they dislike RIA, they are saying that they dislike the Principal Officer who bikes to and from work to go to meetings and conventions to continuously improve asylum seeker accommodation centers. They say they the Assistant Principal Officer who meticulously reads through and listens to complaints and spends hours brainstorming how to resolve the situation. They say they dislike the Higher Executive Officer who takes calls with contractors non-stop to ensure everything is running smoothly in the centers. They say they dislike Clerical Officer who has already become proficient at contractor relations only a year in. They say they dislike the twenty or so other people involved with RIA, each with their own individual lives trying to make the best of the situation they are in. The people are great, sure, but why does that not translate into maximum happiness for asylum seekers in accommodation centers?

Resources. As a government agency, or for that matter any agency, RIA is limited by the resources it has or has been given. There is no infinite pool of housing and staff and food and electricity to draw from. Each provision provided has to be methodically reviewed within a supply chain that must be reliable and sustainable.

The Direct Provision system is not perfect, not even close. And yet, the people of RIA are doing everything in their power and sometimes even beyond that to improve and ensure that the lives of the asylum seekers are as comfortable and as independent as possible. The McMahon Report Recommendations are almost realized and RIA has been working non-stop to catalyze a nationwide shift from a Dining Hall system of food distribution with pre-prepared meals to a Food Hall system with food available for cooking at home. This is the work of the people of RIA.

Someone in RIA once told me “I do not tell people I work at RIA because I do not want to cause problems”.

At a certain point, you have to wonder if all the terrible atrocities people associate RIA with are as malignant as the people are to RIA. In this mind-bending game of perception, the people have embraced RIA as the scapegoat for any asylum-seeker related problem. With an unrivaled, sometimes perilous self-righteousness in NGOs, RIA has become a nightmare that is truly working to a dream.

Coming from the United States and the current government, I can understand the citizens’ need to be critical of government proceedings. Yet, to be ignorant and blinded by the mob mentality of hatred towards RIA solely for its status as a government agency, is something that NGOs and the people need to realize may be causing more harm than good. RIA focuses on cooperation, with asylum seekers living in the Direct Provision System, and with other agencies and groups willing to work to make the Direct Provision System as comfortable as possible. And yet, in this tumultuous war against RIA, the people have decided to fight instead of cooperate. It is time to embrace cooperation. It is time for perceptions to change. It is time to remember that RIA is a group of people and they are people with good intentions. It is time to realize that the monster under the bed is not always scary. 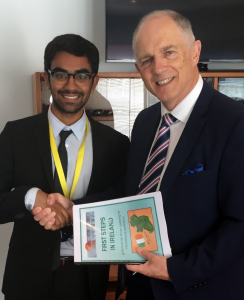 It is a quiet day in the office. I sit on a blue cushioned chair. Everyone seems to be on leave. I turn my computer on. I hope someone will show. I stare at the loading screen. Anonymous.

Sameer walks around Dublin Zoo. He is from Afghanistan. All his friends linger behind without him. He is an unaccompanied minor. The sea otters make him pause. He is silent. Alone.

Together, we are subtle, blurred, gloomy smudges on a violently bright tapestry.

Without those smudges that tapestry is nothing.

The word “obscured” immediately incites negative emotions. Lonely, Isolated, Worthless, Forgotten. That is superficial. There is power in obscurity. To work, to do, to be in a perpetual state of anonymity opens the door to infinite opportunity, obvious and formerly hidden.

In the Reception and Integration Agency (RIA) at the Department of Justice and Equality, obscurity is the prelude to progress. Nameless at my desk, obscured to the world, my purpose is more clear than ever. I am there to work, there to build, and there to indirectly empower asylum seekers and refugees, always thinking of impact. At my fingertips lie the tools to achieve that purpose, unhindered by any grandiose thoughts of fame and recognition. I am satisfied in my obscurity.

At the Dublin Zoo, obscurity is the prelude to leadership. Alone ahead of the group, obscured to the world, Sameer’s role is more clear than ever. He is there to see, there to enjoy, and there to indirectly lead his wily friends through the entirety of Dublin Zoo, always seven steps ahead. At his feet lie the tools to achieve that purpose, unhindered by any pretentious thoughts of tomfoolery and celebrity. He is satisfied in his obscurity.

We, those small seemingly insignificant smudges on the tapestry of life, are the connection, the link between the multitude of furious colors. Without those small smudges, without the work of the subtle, there is nothing but disconnect, discoloration, a hideous blotchy piece of canvas.

It is foolish to dismiss subtlety so easily. People forget the warmth of the limelight can easily burn.

How, if not through subtlety, are we Duke students supposed to enable the change we wish to see? The point of my premise is not to advise a life of obscurity, it is simply to expose the ceaseless benefits of the subtle approach, especially in a situation where impact is the end goal, over the brute force limelight approach. Subtlety over strength. I identify five key benefits.

As a new employee anywhere, it is always good practice to learn before assuming. The RIA employees have been there for 2, 10, 20 years. They know what they are doing. And it is not too much of a stretch to assume they are comfortable in their practices, however old-fashioned they are. I could have come up with an idea that is game-changing, probably actually impactful, and largescale, as any Duke student could. But, if that idea goes against the core values of the institution of employment, it is next to useless. Working within my surroundings, working in obscurity and through subtlety, has allowed me to transform my initial project into something much more widespread, impacting thousands more than it would have initially. People expect the new employee to be boisterous, bright-eyed, radical, but coming in with the mindset of obscurity allowed me to bypass the weeks of mistrust and annoyance and earn the respect of my colleagues, who were then in turn more willing and more receptive to my incremental ideas.

Coming from youth such as ourselves, any idea is immediately critically scrutinized and much more easily dismissed, simply because we lack in experience. This is problematic, but ultimately factual. To work around this barrier to impact is what separates the internally purposed and the externally purposed. The brute force approach is easily dismissed, frowned upon, and at a certain level, to see it is amusing to more veteran employees. There are never truly resources and institutions in place enough to satisfy the brute force method. The subtle approach however can quickly work its way through the layers of oversight to fulfillment, simply because the smaller the ask, the less resources and institutional history required.

The subtle approach, incremental and obscure, makes enacting the ultimate end goal much easier, with each ask becoming slightly more and more, without ever tipping the balance between reasonable addition to unachievable vision. The game-changing idea never goes away, it is simply the spontaneous approach versus the calculated and subtle approach that differentiates its ability to come to fruition. Adding small clauses to an already initial miniscule idea and working up to that game-changing idea is much more likely than proposing the game-changing idea in its entirety first in an impatient, attention-seeking manner.

It may seem the brute force approach is the fastest way to impact. Honestly, it is. But there are a number of characteristics and factors that affect if the brute force approach method can actually work. The most important and the one that Duke students lack is authority. Working around this barrier to impact, the incremental approach is the fastest way to plausible impact, working subtly instead of magnanimously, to ensure that impact is actually achieved and implemented rather than considered and dismissed.

Even if, by some miracle, the brute force method worked, it is much more difficult to assess the impact of a radical change than an incremental one. Radical changes bring large numbers of variables to the table while incremental changes allow the workplace to monitor and control the variables to ensure that the change is actually impactful. If the change made is impossible to accurately assess, forever leaving the lingering chance that the change was actually detrimental to the target population, is it even worthwhile?

Sameer and I are friends now. Last week I found out he spoke Hindi, and we’ve been conversing in Hindi since then, our own secret relatively obscure language. Where does he fit into all of this? If I’ve learned obscurity is the most impactful approach from working in a government agency, Sameer has learned the same lesson traversing from Afghanistan to Turkey to Greece to France to Ireland. It is those who are quiet, unobtrusive, observing, that learn and survive. We may be obscure together, but we are obscure on completely different levels. My obscurity comes from a rational perspective on impact. His comes from a survivalist perspective on life. We are two completely different sides of the same coin. Anonymous. Alone.