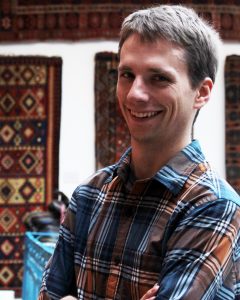 Holy texts, scripture, divine revelation—whatever we may think of them, we are used to regarding these things as whole, complete, and intelligible. Whether I regard the Bible as divine writ or nonsense I am hardly likely to think of it as broken, partial, or wounded. This, however, is exactly what the contemporary Jewish philosopher Peter Ochs recommends.

This, for Ochs, is how the Rabbis after the fall of the Second Temple read scripture. When they read Isaiah 60:21, for example—”Your people shall all be righteous, they shall possess the land forever”—they were confronted with a double wound. They, the dispossessed, did not possess the land. And further, the text seemed wrong in its prophecy of eternal possession. But the compilers of the Mishnah brought forward an interpretation that attended to both wounds, and transformed them. The profound interpretation of the Mishnah Sanhedrin, Ochs writes, “is displayed in a single phrase: ‘All Israel have a portion in the world-to-come, as it is written, ‘Your people shall all be righteous, they shall possess the land forever.'” In other words, these rabbis read the promise of Isaiah 60:21 as something fulfilled in the “world-to-come” but in which present day Jews nonetheless participated. For Ochs, it is precisely by struggling with those places in the text that appear out of place, wrong, or “wounded” that the reader of scripture will uncover their own woundedness as well, and thus transform both.

In my own work I seek to take this notion—that scripture and its readers are wounded in complementary ways—and explore it not only for the purposes of normative Christian theological inquiry, but also questions of religion, conflict, and suffering more broadly. In my dissertation I will explore three marginal historical case studies from the Christian tradition—late ancient Syriac reflection on experiences of persecution, Anabaptist writings on martyrdom during the Reformation, and 19th century slave narratives. By providing a detailed reading of all three side by side, I hope to demonstrate how thinking of scripture as wounded not only reframes normative questions about suffering for Christians, but also sheds descriptive light on how interpretations of scripture can either transform and heal trauma or exacerbate, enflame, and prolong it. After all, uncovering a wound can be the first step toward healing it, but it can just as easily be the path toward re-wounding.

The early 19th century slave narrative of John Jea illustrates both of these dynamics. Born in present-day Nigeria, enslaved as a child and taken to New York, emancipated through his own acquisition of literacy and conversion, Jea spent his life traversing the Atlantic. He traveled from Boston and New York to Argentina, the British Isles, and France, all the while preaching and staying one step ahead of misfortune and the threat of re-enslavement. For Jea, the capacity to read the Bible well is bound up with the capacity to “read” the world. He soon learns that though his masters “talked much about their God, they did not regard him as they ought.” Again and again he documents their attempts to justify their oppression using the Bible, and again and again he shows how these attempts failed not only to make sense of the text, but of the world around them—the world in which God, not humans, had true mastery.

For Jea, the wounds in the text are the words of the Bible as they come forth from his human master’s lips. He says, of his former master, “he used to tell me that there was a time to every purpose under the sun…that slaves were duty bound to do whatever their masters commanded….He then took the Bible and showed it to me.” The healing comes when Jea is, through a miracle, given the gift of reading for himself. His resulting relationship with the text is not one of mastery or submission, but of fluency, enactment, and vocation. For Jea the Bible is “healed,” as it were, when it is rightly performed—that is, when Jea himself is emancipated and travels to spread the good news that has set him free both materially and spiritually. But his freedom has a cost; his vocation renders him a fugitive.

Both as a Christian and as a scholar of religion and conflict, I am convinced that the wounds of readers and the “wounds” of the text mirror one another. Whether we belong to a particular religious tradition or not, when we begin with this assumption, we see far more clearly the complex ways in which interpretations of holy texts shape human experiences of and responses to suffering.