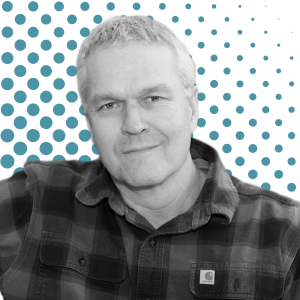 Each week, the fall series “Reimagining the World Together: Why Friendship Matters for Our Future” features a moderated conversation between a pair of friends. Because I have spent the past four months pulling together this series and am teaching a course tied to it, I volunteered to write about the goals of the series, which involve displaying connections between matters of character, questions of purpose, and human flourishing.

I could have told you, for example, that more than 2,300 years ago Aristotle said that “the characteristic activity of a human being is a certain kind of life”; that the life in question is the good life; that the good life is a life lived “in accordance with virtue, and if there are several virtues, in accordance with the best and most complete”; that virtues of character ensure that our lives aim at the good; and that friendship “is a virtue, or involves virtue, and is an absolute necessity in life.” I could have added that purpose comes from the Old French purpos, which meant “to aim.”

I then could have stepped through all these connections to suggest that without friendship we would lack the virtues, because among the virtues, it is the best and most complete; without the virtues we would lack character; and without character we would be aimless—perhaps finding life on Wall Street or inside the Beltway or behind a pulpit, or on in a clinic or a lab or a court, but missing the target of a good life. I could have done all that but failed to do what I set out to do.

The working assumption of the series is that the best way to explore character and purpose might not be to describe them philosophically, but to listen to two friends talk about their friendship.

In the first conversation in the series, the Rev. William Barber said of his friendship with Jonathan Wilson-Hartgrove: “I’ve thought about how glad I am to know Jonathan because I had some deep distrust about my white brothers and sisters because of things that happened to me early in my life. Having to deal with the Klan burning crosses in front of my uncle’s house. I think in some ways Jonathan helped to save me from my memories.”

Jonathan responded: “One of the great gifts of our friendship is that he helped me learn the history behind why a young person like me didn’t even realize that I was lacking friendship with someone like him. I remember the first time I walked into a state house behind Reverend Barber. I have lived as a straight white man in the world. When I walk into places, I’m generally welcomed, and when I’m not, I’m generally respectful of authority because that’s how I was raised. And here we were going to challenge the system and they told us we can’t come in. Well, something in my body, if I’m told I can’t come in, says, ‘Yes sir, I understand.’ But Reverend Barber says, ‘Tell me where that’s written down. Show me that rule.’ All of a sudden I realized that there are ways my body carries a memory of a certain relationship to this society that I have to unlearn if I’m going to be part of this kind of fusion coalition that our friendship represents.”

Noting that after first meeting twenty-five years ago they lost track of one another, Rev. Barber said: “I never forgot him, he never forgot me. And then the movement brought us back together, and we kind of picked up from where we were, but we started to go deeper and talk about what this friendship was supposed to mean beyond just us? What was it supposed to mean for the larger moral conversations in this country? And it’s a counterintuitive. If you would write the story, I was never supposed to meet him, he was never supposed to meet me, and if we did, we would surely be on opposite sides.”

Jonathan added, “It’s not just about two people being buddies. This is about a vision for what society can be. I think it’s that fear of the unknown that we have to confront and not knowing what all it’s going to take to change what is into what ought to be.”

“Reimagining the World Together: Why Friendship Matters for Our Future” runs every Thursday through November 5. The series is free and open to the public. You can register and find recordings of previous conversations here: https://kenan.ethics.duke.edu/friendship/. The next conversation will take place this Thursday and will feature Duke’s own Brian Hare and Vanessa Woods, who have recently published the book Survival of the Friendliest: Understanding Our Origins and Rediscovering Our Common Humanity.

Last week the New York Times published an article with the headline “Virus Rips through Navajo Nation.” Someone asked me to write a brief response. I said yes and regretted it immediately. What could I possibly say? 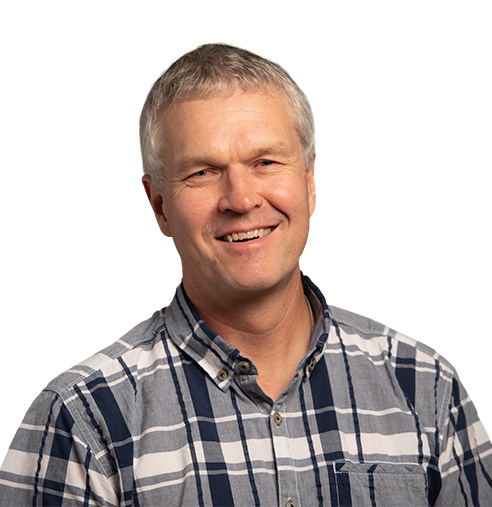 and not one
breath was restored
to one

shattered throat
mans womans or childs
not one not

one
but death went on and on
never looking aside

except now and then
with a furtive half-smile
to make sure I was noticing.

Wendell Berry once said of this poem that it seemed to be a response to a problem: “Why do something that you suspect, with reason, will do no good? It is impossible not to see that the poet, in the act of refusing to write a poem against the war, has written one.” Trying to make sense of what Carruth had done, Berry said: “There is a world of difference between the person who, believing that there is no use, says so to himself or to no one, and the person who says it out loud to someone else. A person who marks his trail into despair remembers hope—and thus has hope, even if only a little.”

The Bureau of Indian Affairs (BIA) defines a federal Indian reservation as “land held in trust by the United States for various Indian tribes and individuals.” By the BIA’s count, “there are approximately 326 Indian land areas in the U.S. administered as federal Indian reservations.” I worry about that word approximately. I wonder if it is a Freudian slip—letting us know by mistake that the federal government has lost track of exactly what it holds in trust for the native peoples of this continent.

After the arrival of the first Europeans on the continent in the sixteenth century, diseases like smallpox routinely wiped out indigenous communities. That history adds crushing weight to the arrival of COVID-19 in Native America.

The other day my wife had the New York Times spread out on the dining room table. She was looking at a color-coded map of the United States that showed county-level data for confirmed cases of COVID-19. The darker the color, the higher percentage of cases as a percent of the local population. The darkest colors congregated mostly on the coasts in big urban centers, but there were some exceptions in unlikely places. My wife pointed to one and asked, “What’s that?” I replied, “probably an Indian reservation.”

That was my reply because, at a glance, the map looked alarmingly similar to two other maps: the U.S. Health Map and the map of the Social Vulnerability Index (SVI). The SVI is an estimate of how vulnerable a community is to “a natural disaster like a tornado or disease outbreak.” The scale is 0 to 1. The closer a community comes to a score of 1, the higher their vulnerability.

On the U.S. Health Map, the darkest location in the country is Oglala Lakota County, South Dakota, home to the Pine Ridge Indian Reservation, where life expectancy is 66.81 years. A click on the dark blue of the same county on the SVI map reveals an index of .9908. In Pennington County, the next county to the north, life expectancy is 80.43 years and the SVI is .4011.

Thankfully, Oglala Lakota County does not, at the moment, show up as a dark color on the COVID-19 map, but that’s not the case for Navajo County, Arizona, which overlaps the Navajo, Hopi, and White Mountain Apache reservations. A jump to the SVI map for Navajo County shows an index of .9946.

Yesterday when Dr. Deborah Birx was explaining the Trump administration’s guidelines for phasing back into life beyond COVID-19, she stopped to call attention to a specific bullet on one slide. The bullet concerned sentinel surveillance. As the WHO explains, “data collected in a well-designed sentinel system can be used to signal trends, identify outbreaks, and monitor the burden of disease in a community.” Dr. Birx said specifically that the goal moving forward was to establish sentinel surveillance in “communities of particular vulnerability,” including “throughout indigenous populations.”

I worry about that word approximately. I worry that, just now, death glanced my way with a furtive half-smile.