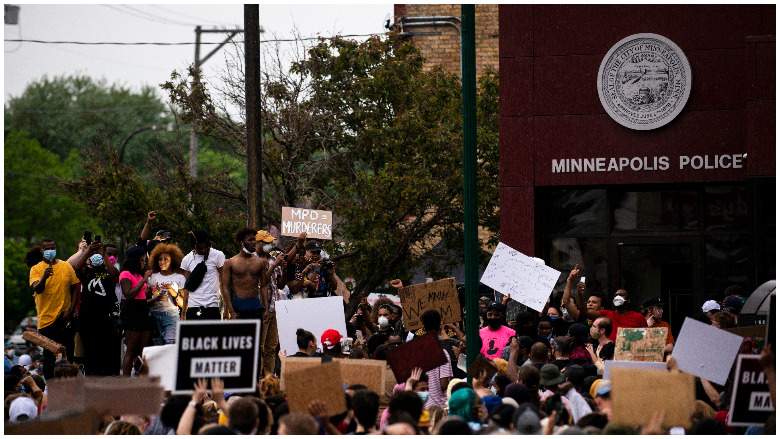 The choice between working within existing institutions to advocate for racial justice or working to dismantle these institutions has been one I’ve grappled with for a long time. When I first developed an interest in politics, my dream job was President of the United States. It seemed obvious to me that this was the most direct way to help the greatest amount of people. This utilitarian fantasy was complicated over the next few years, as I realized that it wasn’t that simple.

The benefits to working within the system seem fairly obvious at first glance. Our system of Constitutional democracy has wide-ranging legitimacy, so reforms passed through our legislative process are almost guaranteed to be implemented smoothly, with the assistance of a professionalized bureaucracy. Working within the system is the most efficient way to create incremental change. After all, it’s much easier to win an election than to start a revolution. This is the most convincing argument to me: racial injustice is pervasive in our society, and people need relief immediately.

On the other hand, I’ve always struggled with the idea of political coalition-building. As Bayard Rustin argued, a single group in the United States can only wield political power if they’re willing to compromise as part of a governing coalition. A major consequence of coalition politics, and of the uniquely American political landscape, is that the legislative process will block most proposals designed to create radical change. Now, this is obviously useful to block overtly authoritarian or racist legislation, but radical measures are necessary if we want to dismantle racist institutions. Bills designed to advance racial justice will inevitably get watered down and weakened in order to attract majoritarian support, forcing even the most well-intentioned lawmakers to make moral compromises and give up on some of their valued policy ideas.

I’m reminded of the conversation we had with NC Rep. Ricky Hurtado. As a representative of a politically divided district, he has to represent Latino immigrants, who are hurting under our current immigration laws, but he also has to represent voters who elected one of the most notoriously racist sheriffs in the country. How does one even begin to compromise between these two groups, and is it even moral to make concessions to constituents who are actively seeking to harm other constituents? I’ve heard the argument that we can’t let perfection be the enemy of good, but is it really good if our system is designed to obstruct the perfect? Working within our coalition-based system, the only way we can create racially just institutions is by electing a majority of representatives who are progressive enough to address institutional racism.

This brings me to the most glaring issue I’ve discovered with institutional politics, which is that it’s designed to keep those devoted to radical racial justice out of the highest halls of power. In order to understand why this is, we have to first understand the intersection of race, capital, and politics. We have to realize that racial stratification, originating in slavery, was originally constructed in this country to advance the economic interests of the ruling class, and that slavery was enshrined in our most revered founding document. Even today, upholding racial stratification is necessary in order to keep the working class divided and distracted from economic exploitation. Our political system, in turn, is designed to uphold the interests of the ruling class. Consider campaign finance and lobbying laws, which allow corporations to single handedly choose elected officials and pass legislation that they favor. Consider our so-called impartial media organizations and the corporate interests they’re actually owned by.

Taken together, this creates a system in which working class, race conscious candidates have a much harder time breaking into the halls of power than rich, white candidates. And the demographic composition of all three branches of government reflects this insidious fact. We can’t work within systems built to enshrine racial and economic exploitation, systems that will deliberately discourage reform-minded candidates from ever gaining a foothold.

So my childhood dream of becoming the President of the United States is no longer something that seems realistic or desirable to accomplish without making huge moral concessions to special monied interests, to the ruling class, to those who actively root against racial liberation. So where do I find myself now?

I used to think that liberation through grassroots revolution is impossible, but now it seems like not only the most practical way, but the only realistic way to thoroughly root out racism. I’ve seen the power that oppressed people can hold. I saw it when protestors burned down a Minneapolis Police Department precinct last summer and demanded, rather than asked, to be taken seriously. I see it in Bessemer, Alabama, where minimum wage earning, so-called unskilled workers are fighting one of the largest corporations in the world, Amazon, for the right to form a union.

My duty, I now realize, lies in empowering communities of color and oppressed communities to understand that they hold the power. They don’t have to play within the rules created by their oppressor, and they don’t have to ask nicely for their rights. Because there’s power in organizing, in solidarity, in mass movements, in direct action. I want nothing more, ultimately, than a world in which I’m not needed, as an individual, to bring justice to the collective. 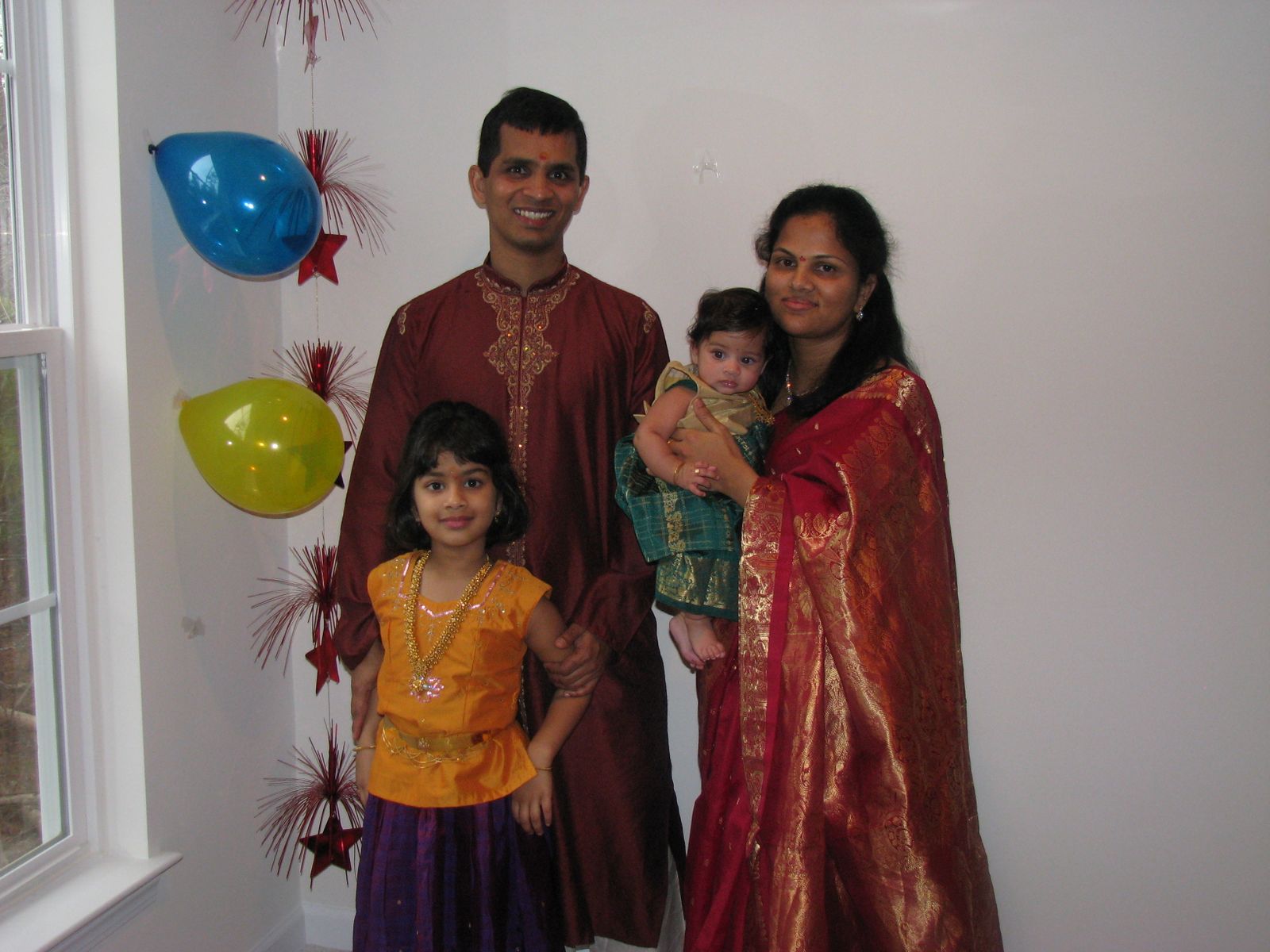 I don’t have a first language. When I was learning to speak, my parents and grandparents spoke Telugu at home to me, but exposure to TV, books, and adults outside of my house meant that I learned to speak English simultaneously. When I visited my parents’ hometown of Hyderabad, India, I could have fluent conversations with my relatives, and when I returned home to the United States, I was equally comfortable. I was the poster child for multiculturalism, navigating between my American and Indian identities with ease.

But as I grew older, things started to change. As my parents assimilated to the norms of their professional careers, they spoke more and more English to me at home. And I spent more time at school and with friends, ultimately resulting in me speaking mostly English at home. This process culminated in a trip to India when I was about twelve years old. I still spoke Telugu more or less fluently, but I realized with shame that I had developed an American accent.

This may not seem Earth-shattering: after all, it’s only natural to develop an accent after living in one country your whole life. But my accent made me self-conscious of talking to people in my parents’ hometown and aware, for the first time in my life, that I was an outsider. Now, not only was I partially removed from White America by virtue of my Indian heritage; I felt estranged from that heritage, too.

This experience encapsulates the constant struggle that many first-generation immigrants face,  trapped between their parents’ world and their own, unsure how to balance different value systems, constantly worrying about feeling out of place because of our skin tones and our cultures.

This struggle drives me: I want to understand how to build a truly multicultural and multiracial society. I don’t want to have to give up crucial parts of my identity in order to assimilate. I don’t want to second guess the way I present myself, don’t want to code switch depending on who I talk to. Being a 20|20 Scholar, to me, means understanding how I can build a more equitable society, one that sees everyone equally regardless of race or ethnicity, but a crucial aspect of this equity is multiculturalism. We should strive to understand and celebrate our differences, not simply ignore them.