An Ethics Exercise for a BME Course 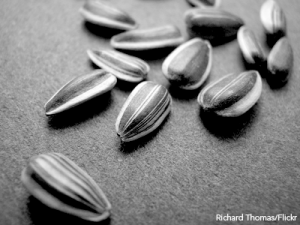 Below is an assignment for one of my biomedical engineering classes. We were told to write (in groups of 3) a half page single-spaced description on an ethical issue related to BME. In the following class, we broke into four groups representing the “perpetrators,” “defendants,” “sponsors,” and “regulators” and we then discussed these ethical issues through a role-playing exercise.

The assigned theme for my group was “Regulation,” and here is the issue we decided to write about:

Regulation – what is the role of regulation? Who is responsible?

The Revolving Door: FDA and the Monsanto Company
Link: http://ivn.us/2013/02/11/the-revolving-door-fda-and-the-monsanto-company/

Several senior members of the Food and Drug Administration (FDA) and private-sector company, Monsanto, a producer of agricultural biotechnology, have recently come under regulatory scrutiny in response to allegations of collusion. Among the FDA officials accused are Michael R. Taylor, current deputy commissioner of the Office of Foods and formerly Vice President of Public Policy at Monsanto, and Margaret Miller, a former Monsanto scientist who is currently the director of the Office of New Animal Drugs.  Regulators cite possible conflicts of interests as Mr. Taylor worked as a consultant for Monsanto on the legal implications of developing a bovine growth hormone intended to be safe for human consumption called rBGH. He later became one of the main authorities in the FDA in writing the rBGH labeling guidelines. In retaliations to the allegations of a revolving door, Monsanto Company claims that regulatory positions in the FDA and positions held at biotech firms often overlap on skillsets and thus it is natural for employees to move between both jobs.

The issue highlighted in this article is the inherent conflict of interest based on relationships between the FDA and Monsanto. Whether because of personal connections or shared skillsets, it seems experience in the private-sector is common among regulators. However, these experiences may bring along biases that undermine the process as well.

The article sheds light on the conflict of interests that the FDA, the primary regulator in the U.S., faces in its employment decisions. We’ve learned that it is extremely difficult to stay unbiased when a regulating agency hires from the industry it is itself trying to regulate. The article raises concerns on FDA’s hiring practices, which can impact their policies and decision making as well.