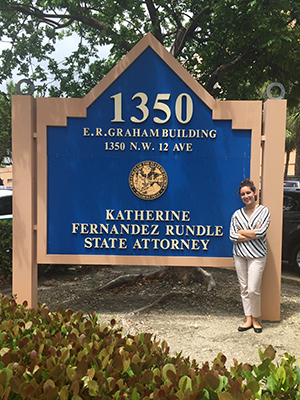 Welcome to the State Attorneys Office! I’m here (again) for the next 8 weeks, surrounded by the courthouse, the jail, and the public defender’s office. I believe there’s a police department around too.I interned for an assistant state attorney (ASA) in the homicide department last summer. You can say it’s addictive. I guess it has to be for the pay the ASAs earn. As an intern last summer I obviously learned a lot about the system but I also learned more about the effect of relationships and people’s personalities. I wondered what brought criminal justice actors here, into the courthouse where above each judicial bench reads a sign, “We Who Labor Here Seek Only Truth.” I am mostly interested in the actors of the criminal justice system, what the TV shows don’t always show – the relationships and dynamics between judges, juries, prosecutors, and public defenders. Law & Order SVU, for example, (my favorite) never fails to depict drama in the courtroom, and that’s true if there’s a jury present. But that’s the very tip of the criminal justice system‘s iceberg and a lot of the “boring stuff” – which I find most interesting – gets compressed out of the popular narrative.  That boring stuff ranges from competency hearings to jury selection!

I came in this summer with the intention to interview prosecutors on their ethics. Broad, I know. So far, I’ve had short conversations on the topic as I’ve introduced my research to many of the ASAs. They’ve all offered bits on how the state attorney’s office (SAO) is different from other offices, or how much influence they must recognize they have, or how a bad relationship with the “other side” or a judge impacts an outcome. While I’m trying to focus on the changing nature of the death penalty here in Florida, I am using the death penalty question as a springboard for questioning who has the power to decide who is charged and with what, and what ethical obligations do they see themselves fulfilling. There may be no clear answer to this, but I am curious as to what individuals think. The death penalty is a consequential example of a more durable question of responsibility for punishment.

Prior to beginning my internship, I read up on prosecutorial ethics, and the majority of journals or excerpts included race issues and how much it affects who is sent to jail in this country. However, for this matter, I believe that this jurisdiction is an exception (so far!). With a Latin majority county and a hugely diverse state attorney’s office with many more females than males and a new swath of young black ASAs, it seems like there is a stronger sense of understanding of crime when the office reflects the population.

This office also seems different when it comes to the pressure to win in trial. The ASAs claim its existence is minor. However, I think it’s more about a lack of pressure to bring a case to court in order to come out with a definitive “win” (a jury finding guilt). I’m not yet sure if this has to do with an atmosphere of justice than it is a fear of losing while in trial. Still, it will be difficult to discern, just based on interviews with savvy ASAs, if a desire to seek justice, and “only the truth” trumps an adversarial atmosphere. In addition, I wonder if the well-researched fact that prosecutorial misconduct is hard to uncover – as it is rarely reported – perpetuates the misconduct. 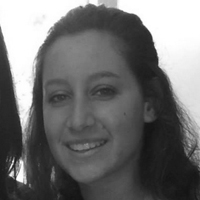 Amanda Gavcovich is a T’18 Alumna and participant in the 2016 Kenan Summer Fellows program.

All posts by Amanda Gavcovich