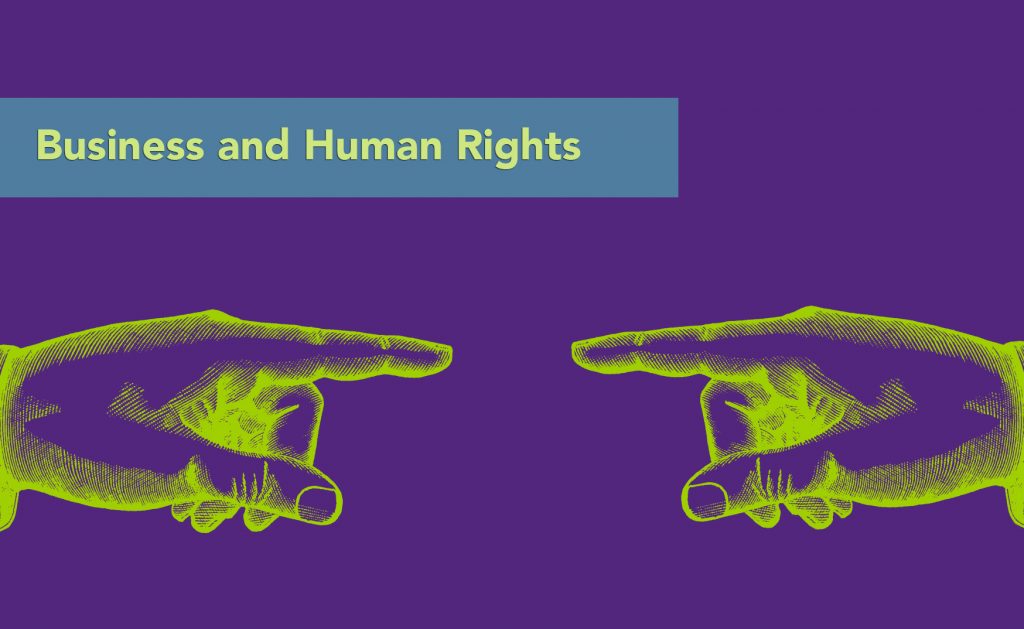 The most important lesson I have learned during my internship is that accountability requires two basic components. The first component, a prerequisite, is an honest assessment of one’s actions. The second component is a “willingness” to accept responsibility for those actions and their consequences. (I’ve put quotes around the term ‘willingness’ because I believe that there is an important distinction to be made between willingness in general and willingness when it comes to corporate power. In my opinion, powerful transnational corporations are incapable of being truly willing to hold themselves liable for their harmful practices given that the core of their existence is motivation from profit. Thus, any efforts by corporate actors to mitigate damage to human and/or environmenmental rights comes either as:
1) A result of pressure from outside forces like activists and consumers, or;
2) As an internal acknowledgement of an obligation that, if met, would have a net positive impact on profit margins.

Going into my summer internship, I believed that corporations were often unable to meet the first requirement of accountability due to ignorance about the effect that their policies had on communities of color, lower-income communities, and/or the environment. How could a business focused on, for example, oil extraction in North America, understand how their practices could impact a community on the other side of the world?

My time at Corporate Accountability International has taught me that it is the second component of accountability — the willingness, or the effort — that most powerful industry actors lack, not awareness of the damage they cause. Big corporations are far from ignorant of the consequences of their work. In my second blog post, I touched on Corporate Accountability’s campaign against big tobacco in response to the fact that the CEOs of the largest tobacco corporations stood before Congress and testified (read: lied) that they did not believe nicotine was addictive. Publicly the industry denied (and continues to deny) that it is clear that smoking causes lung cancer, yet it has understood the carcinogenic nature of its product since the 1950s.

Similarly, CAI has a campaign called #ExxonKnew, which seeks to hold Exxon Mobil accountable for the overwhelming evidence pointing to the fact that company executives were not only aware of the environmental consequences of their oil activity, but they also actively allocated resources to spread “junk science” and promote climate change denialism. In the 1970s, Exxon’s top scientists determined climate change was happening due to greenhouse gas emissions caused by humans. In the decades that followed, in an attempt to protect its bottom line, Exxon began a campaign of deception and denial — hiding what it learned and manufacturing the climate change “debate.”

There are even more examples that prove that corporations have historically been well-aware of how their business impact the health of people and the planet. In the 1960s, the sugar industry funded research that downplayed the risks of sugar and highlighted the hazards of fat. An industry-funded review intentionally minimized the significance of research that suggested sugar could play a role in coronary heart disease, and in some cases the scientists even alleged investigator incompetence or flawed methodology. And in the water industry, last year Michigan Attorney General Bill Schuette filed a civil lawsuit against Veolia, a global utility service that specializes in the privatization of water systems, for fraud that permitted the continuous and worsening incidents of lead poisoning in Flint, Michigan.

So, if accountability requires an understanding of one’s impact and an effort to mitigate or remedy this impact, and if big corporations today have been found to know and actively undermine their role in the degradation of human and environmental rights, then it can be assumed that the only thing holding them back from accepting accountability is their own lack of willingness. This realization was completely transformative in my approach to beginning to answer the question of how to get businesses, especially large transnational corporations, to accept responsibility for the harms they create.

Evolving from my naive perception of corporate power in which I thought businesses simply “didn’t know” what they were doing has transformed the way I approach challenging this power. The original big question that I had when considering business and human rights was “How do we make companies aware of the terrible impacts on the environment, indigenous populations, populations of color, and/or low-income communities?” The expectation was that awareness of the harms would inevitably produce the second part of accountability: taking responsibility. Now, the question that I ask myself has a much more informed premise: “Given that transnational corporations are generally aware of the ecological and human rights consequences of their practices, how can public sector stakeholders like activists, students, labor unions, and other organizers make it too costly to for them to continue?”