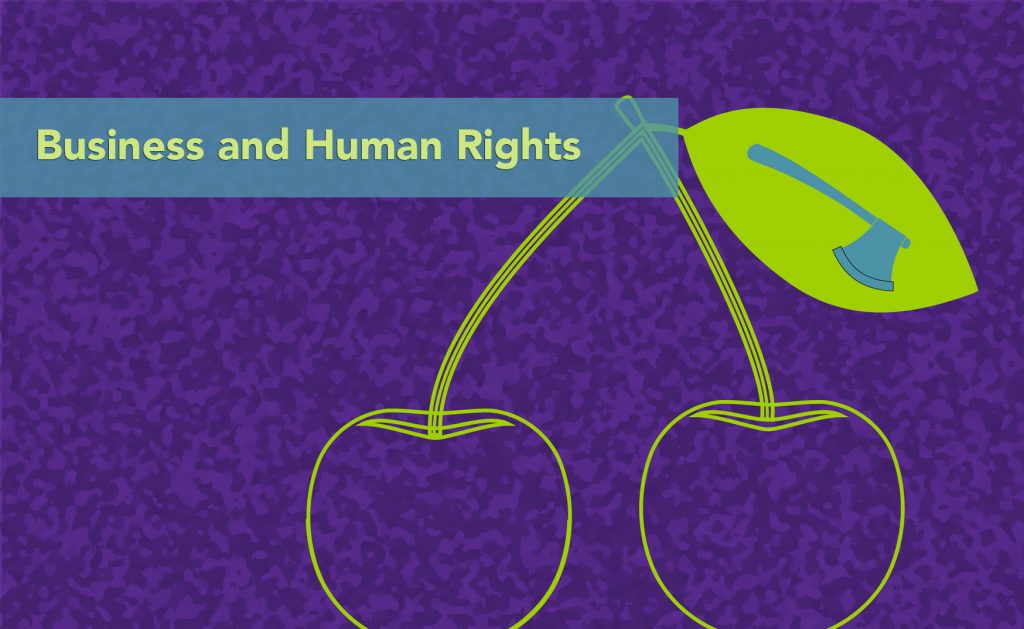 As legend goes, George Washington was six years old when he accidentally chopped down his dad’s favorite cherry tree while playing with a hatchet in the yard. Instead of covering it up or denying his wrongdoing, he confessed his crime to his father, braving the consequences that it would entail. This choice was a testament to his character, and this story has been used for hundreds of years to teach the importance of honesty and responsibility. Large development banks, however, have not learned this lesson. They rarely take responsibility for the damage they cause through their investment endeavors – they chop down cherry trees everyday with little to no consequences.

Each year, three trillion dollars go into the international aid and development industry in the form of investment projects such as mines, dams, airports, roads, and transmission lines. Yet despite this seemingly impossible amount of money spent on development programs around the world, and the subsequent impact this kind of money implies, these projects are rarely discussed with the communities in which they occur or may be intended to help. While focusing on deplorable working conditions, lack of living wages, and disregard for safety concerns taking place inside the factory, the human rights violations taking place just beyond the building’s walls tend to be overlooked.

For example, the factory may have displaced hundreds of families from their homes, with no consideration given towards their relocation, like the favela residents in São Palo, Brazil as a result of the Ring Road Project funded by the Inter-American Development Bank (IADB). The roads used to transfer supplies to the factories may have disturbed the local environment and threatened the livelihoods of surrounding residents. This was the case for the nomadic herders in the Mongolian South Gobi desert when a large-scale mining venture by the International Finance Corporation (IFC) depleted water resources and fragmented their traditional pastures, forcing them to abandon their herding lifestyles. Factory superiors may have abused their authority in sexually harassing local women, as the employees of a biomass company funded by the Overseas Private Investment Corporation (OPIC) did in Liberia. These are the kinds of injustices Accountability Counsel aims to remedy and prevent.

The organization has a strict community-based approach. It only becomes involved in cases when the affected population reaches out and asks for their help directly. It does not seek out cases in which its help may be beneficial, but rather waits for the community to reach out first. The principle behind this is that Accountability Counsel does not want to come into a community and impose their services on them on the assumption that it is for their own good, as this is exactly what these populations were subjected to with the development projects these banks inflicted on them. Once communities do reach out for help with a case, Accountability Counsel then employs a variety of community-based strategies at every stage of the process, from filing the complaint to negotiating with the bank, to ensure that the previously silenced communities are able to use their voices to express their concerns. Accountability Counsel’s mission is to educate and to guide these people, to give them the tools they need to speak for themselves, rather than to assume their place in the process.

While there are many other organizations that attempt to urge financial corporations to divest from harmful projects, such as the Center for International Environmental Law and the Bank Information Center, only Accountability Counsel tries to do so in the form of complaints to international accountability mechanisms rather than through the courts. These mechanisms, referred to commonly as IAMs, are attached to their corresponding financial institutions. The IAM of the World Bank’s IFC, for example, is the Inspection Panel, while that of OPIC is called the Office of Accountability. These offices are often the only authority that affected communities can report to when they are harmed by the banks’ development projects. Accountability Counsel helps these communities through every process of filing these complaints, from drafting to submission to negotiation. That is usually the ideal result of these complaints: the institutions agree to hold a negotiation process with the communities to reach an agreement.

The subject of this agreement varies according to the stage of construction the project is in; if the project is already completed, they may discuss appropriate compensation to the affected parties. But if construction has not begun, they may debate the conditions under which the project may proceed. In Accountability Counsel’s most successful case, regarding a hydroelectric project in Mexico that would have severely contaminated the water supply, the local community and OPIC’s Office of Accountability reached an agreement that halted the project’s construction and placed the future of an alternate design for the project directly into the hands of member of the communities. The communities were able to reject the company’s alternative design in a later vote, and as of today, the project remains stopped. But, to be sure, these kind of success stories are rare.

Not every bank has an accountability mechanism in place: they currently account for less than half of the money spent on international investment projects each year. And, even when these mechanisms are in place, they are typically weak and flawed. What this means is that that the complaints Accountability Counsel helps to formulate are often ignored, rejected, or dismissed with little reason or explanation. In a 2015 case involving a gold mining project in Haiti destroying private land and crops without contacting the landowner, the World Bank rejected all complaints made to their accountability office, claiming this project to be exempt from following any social or environmental safeguards due to its form of funding. These kinds of loopholes and exceptions are commonly used by Banks to escape any responsibility for the harm its projects cause.

Ultimately, Accountability Counsel hopes that the work it is doing results in effective and robust accountability systems that protect rights and deter abuses. Rather than achieving remedy for right violations, the organization wishes for a society in which these violations are prevented and the demand for such repayment is never needed – a society in which it is not necessary to fight for compensation to plant a new cherry tree, because no one would have ever dared to chop it down in the first place.