A Refugee is More Than Just a Refugee 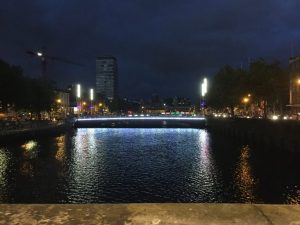 A refugee is more than just a refugee.

Unfortunately, we often forget to detach the person from the experience – or that such separation is even possible. In a world dominated by statistical discrimination, connecting an individual to the stereotypes associated with his or her life experience is convenient. We do not have to think terribly hard about it. A refugee is a refugee is a refugee, and somehow we make ourselves okay with that.

But Stevenson was on to something. A refugee is more than just a refugee.

In my time at Metro Éireann and in Ireland, I have engaged with men and women representing several different backgrounds and lifestyles. No two people are alike. And interestingly enough, I have found that those for whom Ireland is not home – immigrants, asylum seekers and refugees – are often most receptive to the beauty behind all of the difference.

Take Tarek, for example. Tarek is a Syrian teenager who landed in Dublin after fleeing unaccompanied to Greece to seek asylum. When I see him on Wednesday afternoons, he likes to ask me for help with his English.

“I love learning new language,” he told me one day. “I watch American films to practice my English because, if my English is very good, I can speak better and make more friends.”

Still barriers – both spontaneous and systematic – may try to disrupt the degree to which communication can occur across cultures, but we can work to be forever mindful of those barriers and, in doing so, break them down. In an ever-diversifying Ireland where the idea of culture is beginning to mean more than just Gaelic athletics and Guinness, these barriers must be broken. Exchange – of perspectives, of personalities, of cultures – depends on it. Integration depends on it.

How, then, can we encourage greater cultural exchange? In a note written to me by the director of a summer media camp for Irish children, I was asked to, while leading a workshop related to the intercultural writing competition of which I am in charge, teach a lesson on cultural diversity. But therein lay a problem for me: I did not think cultural diversity could be taught. At least, I did not think I could properly teach it.

I struggled to conceptualize how I, a 20-year-old white male from the United States, could be expected to instruct young people living within the legal and historical framework of another nation on a concept so delicate as cultural diversity. By no means was the writing competition established so students like me could lecture would-be participants on the potential of an intercultural Ireland.

In truth, we each approach a topic like cultural diversity through a lens that is entirely our own. No one person can reasonably tell another that he or she should reconsider the way his or her culture fits into Ireland’s social landscape. Young people especially – impressionable as they can sometimes be – should be encouraged to balance all considerations and arrive at their own opinions.

With our intercultural writing competition and the associated writing workshops, we at Metro Éireann and the Kenan Institute for Ethics are hoping to enable this level of thinking. We are providing a structure for thinking about cultural diversity, a creative outlet for wrestling with it, and a platform for discussing it. We are trying to initiate a cross-cultural dialogue of which the Ireland of centuries past was not fully capable. We are trying to help the next generation continue to move Ireland forward.

We talked about how interculturalism goes beyond the mere recognition of the existence of multiple cultures and instead refers to the way in which people of different cultures interact, communicate and come to understand each other. We talked about how our writing competition – which empowers storytelling amongst young migrant and Irish writers – could bring Ireland one small step closer to true interculturalism.

A refugee is more than just a refugee. 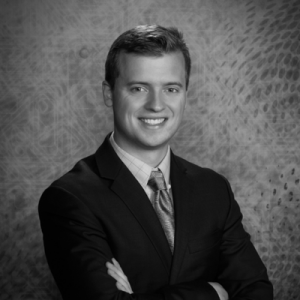