A Democratic Vision for the Future 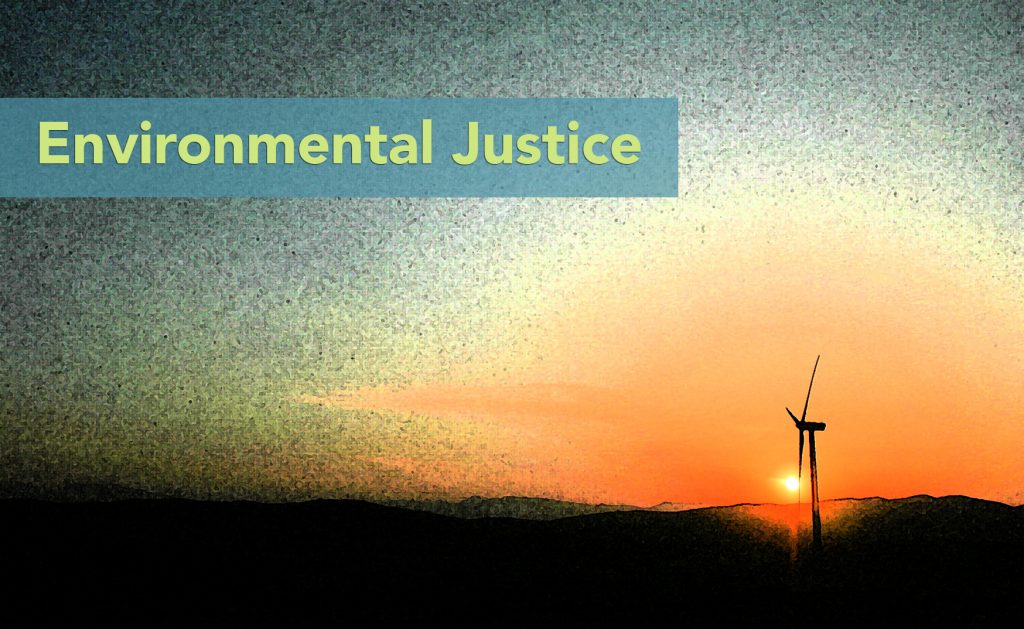 It is 6:28 pm in a business park on the outskirts of Raleigh. The Sun is starting to set. The meeting starts in two minutes and I do not want to be late. Searching for the right entrance, I notice the parking lot is practically empty with the exception of a few cars located on one side of a three-story office building. I go inside and look at the business directory but I do not see the organization’s name. After consulting my phone to confirm that this is the right place, I hear someone walking upstairs and decide to head up. On the third floor, at the end of a long hallway I hear lively chatter and laughter are emanating through an open door. My shoulders drop in comfort and relaxation; I had made it on time.

People were greeting one another like old friends and welcomed me with open arms, another member of the environmental justice coalition. The lights in the office are turned off with the exception of a small conference room across the way. We are ushered into the room. A room meant for eight people at most held sixteen of us squeezed in around a large table. I look around to see a diverse combination of faces made up of many races and ages. I am at the monthly North Carolina Environmental Justice Network (NCEJN) meeting, an organization that I will be interning with for the next eleven weeks as a part of the Pathways of Change Program. In addition to NCEJN I will also be working with two of their partners, the Southern Environmental Law Center (SELC) and North Carolina Conservation Network (NCCN). At the heart of their collaboration is coalition-building and maintaining – indeed, this could be considered its central strategy of social change.

The North Carolina Environmental Justice Network (NCEJN) is comprised people and groups who are organizers and activists in their own communities across the state, fighting environmental injustices. Its mission is “to promote health and environmental equality for all people of North Carolina through community action for clean industry, safe workplaces and fair access to all human and natural resources. We seek to accomplish these goals through organizing, advocacy, research, and education based on principles of economic equity and democracy for all people.” NCEJN believes that every person should live in a safe and healthy environment regardless of race, ethnicity, or income. Additionally, it believes that environmental injustices exist due to discriminatory practices and policies employed by many businesses and government agencies.

To succeed in its mission to promote environmental justice, NCEJN works with a number of other environmental and justice-oriented organizations including over 20 local, state, and national groups including the Southern Environmental Law Center (SELC) and North Carolina Conservation Network (NCCN). Their partnerships — and others like them — are crucial to the work of EJ, which is largely fought at the local level where residents may not necessarily have the expertise to influence decision makers. SELC for example provides legal and technical proficiency while representing many affected communities across the state. Meanwhile, NCCN provides access to a statewide network of environmentalists and direct advocacy by lobbying the state government. Both partners are crucial allies to NCEJN in doing the work of the environmental justice movement, which began around 35 years ago in North Carolina. These organizations not only use a central strategy of social change but they are working in the central place where the movement began.

The history of the EJ movement highlights the crucial role of coalition building. The movement began in North Carolina where neighbors and community members came together to fight a particular issue later rallying the support of state and national advocates, spurring similar movements across the country. Specifically, the environmental justice movement started in Warren County, NC with protests of the siting of a hazardous waste landfill in a low-income community of color. In 1978, business associates of Ward PCB Transformer Company in Raleigh decided to circumvent new EPA regulations requiring the treatment of oil contaminated with PCBs and instead dumped 31,000 gallons of polychlorinated biphenyl (PCB) on roadsides across the state. The state decided to build a landfill to dispose of the contaminated soil in Shocco, a small rural town where 75% of the residents were African American. Fearing their groundwater would become contaminated, residents and community members blocked the paths of the waste trucks in protest by lying in the road. For the next six weeks, community members marched and protested. More than 500 people were arrested for civil disobedience in the process.

Since the events of 1982, the movement has grown as more communities work together to fight against environmental injustices. In 1991, a large consortium of environmental justice advocates, activists, and organizers came together in Washington DC at the National People of Color Environmental Leadership Summit. During the Summit they drafted and adopted the 17 Principles of Environmental Justice that demands, affirms, and recognizes environmental justice. The principles exemplify the shared values of environmental justice communities while establishing a decentralized movement that responds to local issues instead of a national structure. As defined by the Environmental Protection Agency (EPA), environmental justice is “the fair treatment and meaningful involvement of all people regardless of race, color, national origin, or income, with respect to development, implementation, and enforcement of environmental laws, regulations, and policies.” Environmental Justice (EJ) holds both government and industry for the burden associated with capitalism that are born by minority and low-income communities. Organizations like the North Carolina Environmental Justice Network, the Southern Environmental Law Center, and the North Carolina Conservation Network are doing just that for the low-income communities of color in North Carolina holding government and industry accountable for energy production, waste management, mass animal feeding operations, and more.
At the meeting, I look around the table at the sixteen individuals: each person there represents a specific community – its experience with EJ violations and struggles for justice. Individuals like Elsie Herring of the Rural Empowerment Association for Community Help fighting against the hog industry in Duplin County, and Ellis Tatum of the Snow Hill Concerned Citizens of Sampson County working to for better landfill standards in the state’s largest landfill. These people are not here because environmental justice is hip or sexy. These people are here because they have live with environmental injustices and want to create social change—they want equity and justice in their communities—and I am excited to work alongside them.

Working with the three organizations and community members provides the unique opportunity to see how environmental justice operates in North Carolina. NCEJN represents environmental justice communities around the state and does so with limited resources. It is not alone. Across the country, EJ organizations are severely underfunded. The lack of financial support is partially due to the elite environmental movement’s obliviousness to the social and economic injustices that are associated with the pollution and degradation of the natural environment. These conventional environmental groups have yet to fully acknowledge the extent of harm in human communities and to bring them into the fold. The lack of minority representation in the mainstream movement contributes to their ignorance and highlights the need for communities to organize and build coalitions of affected people.
It is therefore not in donor contributions, but in forging strong partnerships, that organizations, such as NCJEN, are able to project influence and effect change. For it is the network of concerned and engaged citizens combined with the coalition of environmental and social justice organizations that move society forward and hold legislators accountable to foster change. Sustainable change is made from the ground up therefore resources and decision making power must be put into the hands of local communities.

In my view, Environmental Justice is inherently a democratic idea. It brings everyone to the decision-making table, requires the knowledge of local and often underrepresented communities, and holds the powerful accountable. Coalitions of such groups, however, present their challenges and I look forward to learning more about the complex motivations, strategies, and tactics of these three organizations and the cross sections of law, policy, and advocacy.