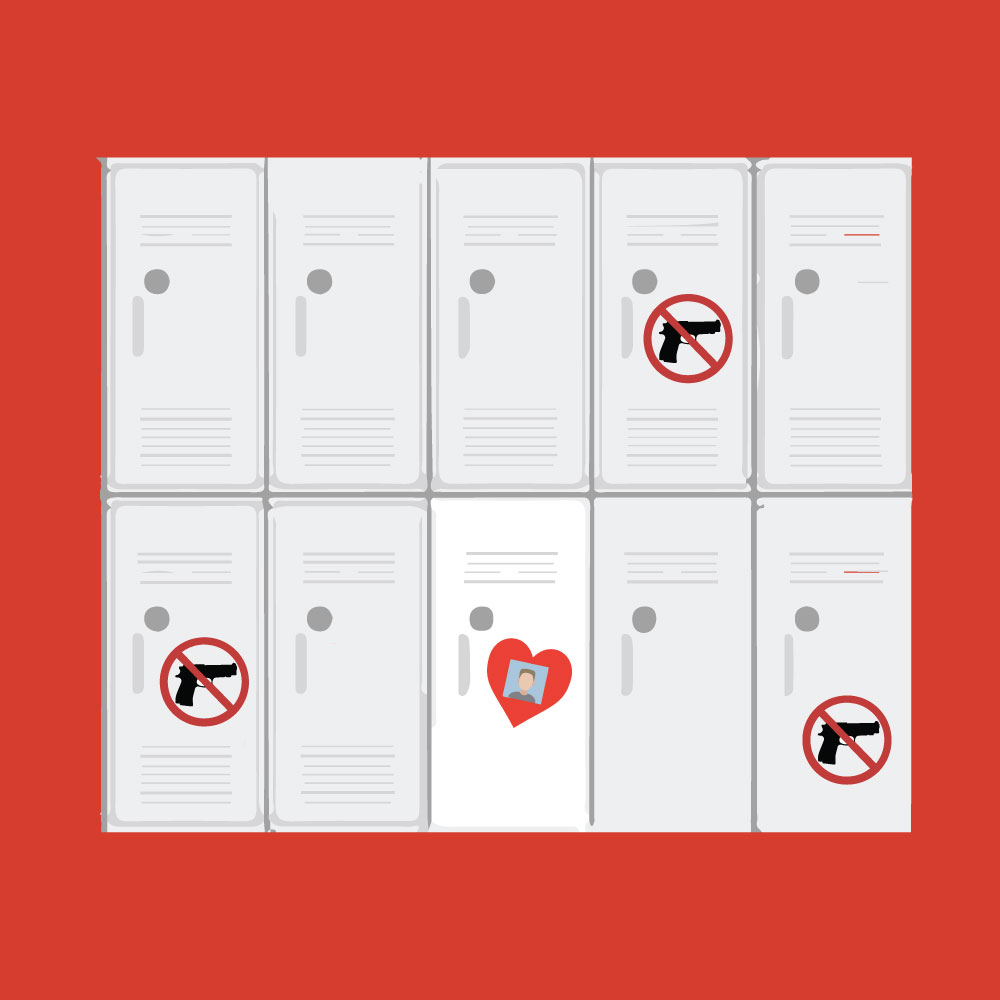 I was four months old when the Columbine shooting took place. I have first-grade memories of hiding under tables, folded in a corner, waiting in silence for a principal to bang on our classroom door to ensure it was locked. I remember giggling with friends in the dark, and being hushed by teachers, the whole routine as mundane and commonplace as lining up for a fire drill. My generation has never known schools without the perceived threat of violence.

On December 14, 2012, my phone was dead. I remember it was a Friday, because I left school early to attend a debate tournament. When I finally found time to charge my phone, it was 8pm. My screen lit up to 6 or 7 calls from each of my parents. My heart sank, certain something horrible had happened. Were my brothers okay? Had something happened to my grandparents? My fingers fumbled to call back my mom, anxious breathing loud in my ears as I waited. She picked up on the first ring.

“Sonali?” My mom’s voice echoed on the other end.

Something was definitely wrong. “Yes?”

“It’s her!” Relief painted the words my mom called out to my dad.

“We couldn’t reach you for hours, we saw on the news, we were so worried.”

My parents are not overprotective. They knew, had not forgotten, about the debate tournament. We lived in Texas, more than a thousand miles away from Newtown, Connecticut. Still, news of the Sandy Hook shooting had been so traumatizing that my dad was minutes away from getting in his car to come find me, my mom in tears over not knowing if I was okay or being able to hear my voice.

We have accepted this as normal. We have looked directly in the faces of parents and children and teachers and said, “Too bad”. We are the only developed nation to have done this. In 1996, a man killed 35 people at a tourist attraction in Port Arthur. Less than 2 weeks after the massacre, all 6 Australian states passed reforms banning all semi-automatic weapons, and increased hurdles towards gun ownership. Australia hasn’t had a fatal mass shooting since 1996. Year after year of horrifying tragedy, year after year of lockdown drills in classrooms all over America, and little has changed. We have decided that perceptions of freedom and American identity are more important than the lives of Americans. We have watched the news, and shared our sympathy on Facebook, and we have done nothing more than wait to do the whole thing over again. We are all complicit in this. This is our collective fault.

The survivors of the Parkland shooting are too young and too angry to continue to accept this as normal. They are standing up for what they believe in; they are walking out of schools all over the country; and they are leading a movement that should have come when I was four months old. They are prepared to fight, to make lasting change for their peers, and younger siblings, and the children they will one day have.

“Why do we have to be ones to do this?” said Stoneman Douglas senior Ryan Deitsch, who was hiding in a closet during the attack, at a town hall with Florida senators and a representative of the National Rifle Association. “Why do we have to march on Washington just to save innocent lives?”

He’s right. Why hasn’t the US followed the international example and enacted stricter licensing and registration laws? Why haven’t we enacted universal background checks or banned semi-automatic weapons, despite strong evidence that both measures save lives? Why is the CDC still unable to research gun violence, even though 30,000 people lose their lives every year in the United States due to gun violence? Why should high-school students have to bear the burden towards creating change?

They shouldn’t have to do it alone. This time, let’s arm them with more than thoughts and prayers.