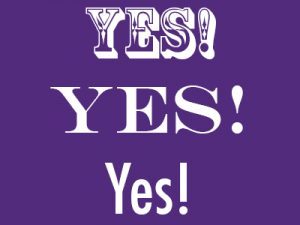 I heard two separate accounts of a professor’s lecture a few weeks ago. The professor proposed a consent app that would give a Breathalyzer test and then ask for consent before any sexual activity.

In retrospect, I assume this is a reducto ad absurdum argument. However, the proposal of this app seems just reasonable or legitimate enough that it warrants a discussion. So let’s break down the absurd reasoning behind this app.

Suppose you are at Shooters. You’ve been drinking and dancing with this one partner for most of the night. You two have been having fun, and one of you asks, “Do you want to go back to my room?” You two make it back to campus, kick a roommate out, and things are happening…

Now stop. Grab your phones with that harsh backlight (let’s hope you didn’t lose it), take a Breathalyzer test, and sign a scary legal consent form on an app. It almost sets the mood as well as Marvin Gaye’s “Let’s Get It On.”

Excuse me while I swoon.

I wasn’t taught how to have conversations about sex or consent. My high school sex ed, and I assume most other sex ed courses, only covered the biology. So when college begins, we have 6,500 libidinous 18-22 year olds in one area who know next to nothing about sex and even less about consent. It’s a recipe for disaster. The blurry line between consensual and nonconsensual sexual encounters has lead to 1 in 4 women experiencing sexual assault on campus.

So how do we start talking about consent? An app may be a decent place to start in the abstract: it starts a conversation about how we twenty-somethings can give consent, but it should only serve as a starting point.

We need to talk more about consent, even if we really don’t want to. These conversations are awkward because we don’t talk about sex. If consent is awkward in formal conversations, imagine how much more awkward we would feel talking about consent in the heat of the moment.

I only learned what consent is after asking a friend who works with the Women’s Center. Consent simply must be clear, freely given and enthusiastic.

Under that definition, consent looks more like Sally eating a salad than an iPhone app.