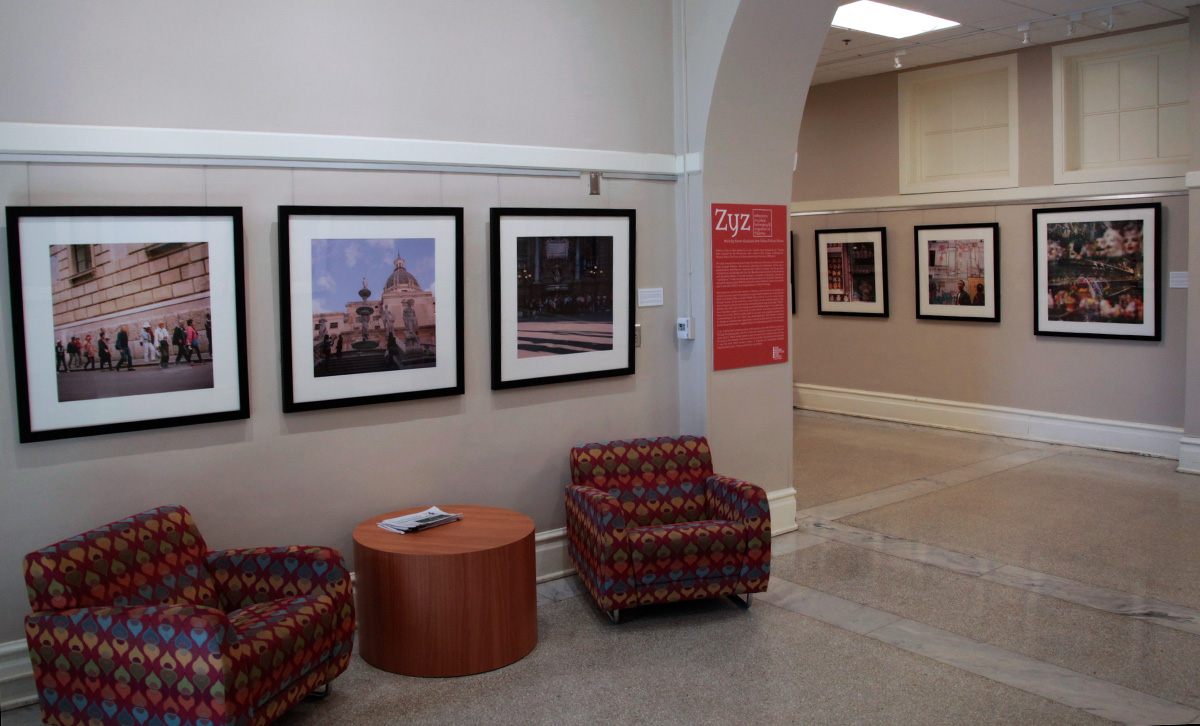 Palermo, Sicily is often referred to as the “world’s most conquered city,” having been claimed by the Phoenicians (who called it Zyz), Greeks, Carthaginians, Romans, Moors, Normans, and Spaniards among others over 3,000 years.

The city’s unique built environment bears the influence of the many civilizations that have occupied Palermo. The structure, planning and architecture of the city is predominantly Arab-Norman, meaning that northern European techniques were introduced to and blended with the city’s Byzantine layouts and its Arab structural and decorative details. In the last ten years, it has been undergoing a process of “revitalization,” in which buildings are being renovated, the city center cleaned up, and public squares rebuilt. Millions of tourists come to Palermo’s centro storico each year to see what UNESCO has designated part of World Heritage.

But tourists are not the only travelers to Palermo, and the mixture of people and culture is as much a part of its present as its past. Asylum seekers and migrants from North and Central Africa and the Middle East continue to try to access Europe through its port. At the same time, recent elections have elevated openly racist, anti-immigrant politicians and racially-motivated attacks surge across Italy. “Native” Sicilians, who often trace their lineage across the Mediterranean in many directions, have long been subject to the kinds of racist rhetoric now being leveled against these new arrivals. Palermo prides itself on its open arms towards outsiders, but understandings of “us” and “them” are complicated here. That Palermo continues to change as migrants seek opportunity—and as tourists become the dominant transient population here—suggests deep and challenging questions of belonging.

In Zyz, Felicity Palma examines some of the tensions that make Palermo what it is. Through film photography and short video work captured in and around Palermo’s centro storico, Palma invites viewers to see this place from multiple points of view. Focusing on the interplay of the famed old city and the many people who populate it now, her work offers viewers a space to examine the boundaries between historical and current, migrant and tourist, us and them.

Felicity Palma‘s work reflects on experiences of place and belonging. She records the body in context with migration, landscape, and memory, and works predominantly in analog film and photography to distort conceptions of time. Her work questions the past and the present, and the collaged layers of time and space weave throughout narratives in which the artist is aware of her presence in the world and her role as an artist and documentarian.

Born and raised in California to a Sicilian father and first generation Croatian mother, Felicity is currently based in Durham, NC as a candidate for an MFA in Experimental & Documentary Art at Duke University. She is the recipient of multiple awards, grants and fellowships, including the Flaherty Film Fellowship, the Anne Scott Firor Research Award, the Kenan Graduate Arts Fellowship, Duke Bass Connections Fellowship, and the Foreign Language and Area Studies Fellowship.