Congratulations to the 2019-2020 Kenan Graduate Fellows!

The Kenan Institute for Ethics has selected 15 Duke doctoral students as its 2019-20 Graduate Fellows. This year’s cohort represents five schools and ten different departments in the humanities, social sciences, and natural sciences. The students bring a vast array of methodological tools and experiences – from literary and biblical scholarship to psychological and policy analysis. As Graduate Fellows at the Kenan Institute for Ethics, all are exploring topics with tightly interwoven empirical and ethical concerns, and will work together to identify and analyze the difficult normative issues engaged by their dissertations.
As part of the fellowship with Kenan, the group will meet regularly for seminars throughout the academic year to hear from scholars in a variety of fields who study normative topics in novel ways. The program also gives Graduate Fellows opportunities to cultivate their speaking and writing skills across disciplinary boundaries, with fall and spring end-of-semester research presentations modeled after “TED talks.” 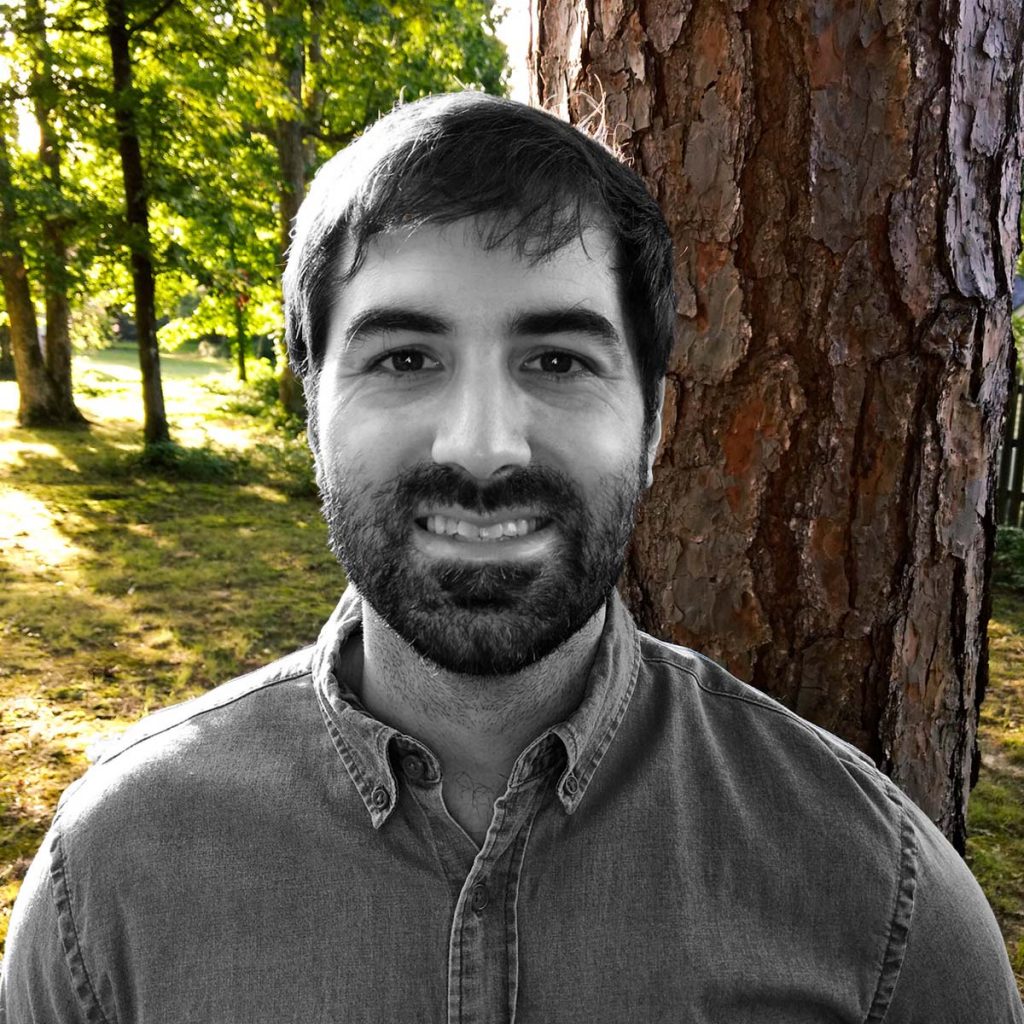 Bobby is a PhD student in the Philosophy department. His research concerns theories of agency, moral responsibility, and their link to the reactive attitudes. He is especially interested in the moral status of anger as a response to wrongdoing. As part of his research, Bobby seeks to address the challenge raised by some philosophers that anger is never a morally appropriate response to injustice. Bobby received a BA in mathematics from Saginaw Valley State University, and an MA in philosophy from Georgia State University. 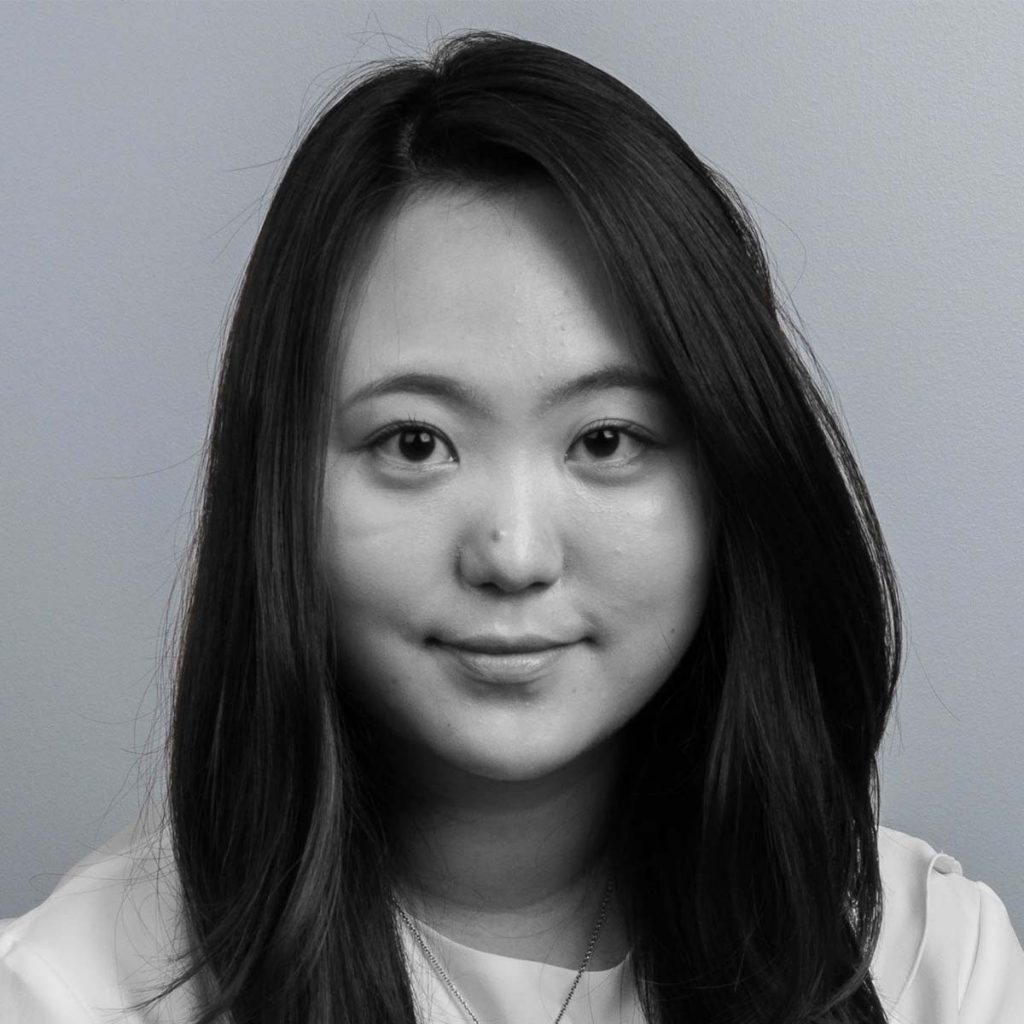 Danbee is a Ph.D. candidate in the Management & Organizations department at the Fuqua School of Business at Duke University. She has a Bachelor of Arts in Psychology from Northwestern University. As a doctoral candidate, Chon is interested in phenomena related to the self in the context of organizations. In particular, her primary stream of research considers the theoretical and empirical examination of self-awareness in order to better understand how individuals recognize themselves, especially in the context of power and leadership. Within this stream, Chon has explored achieving a better understanding of the construct of self-awareness through facets of review, theory, and measurement projects. A related, second stream of her research examines self- and other-interest as distinct constructs and in interaction with each other. Current projects within this stream focuses on the theoretical and empirical consideration of self- and other-interest through the dual process model lens, as well as potential interventions that could be developed through this framework. In her free time, she enjoys travelling, playing tennis, and exploring new restaurants in RTP area with her friends! 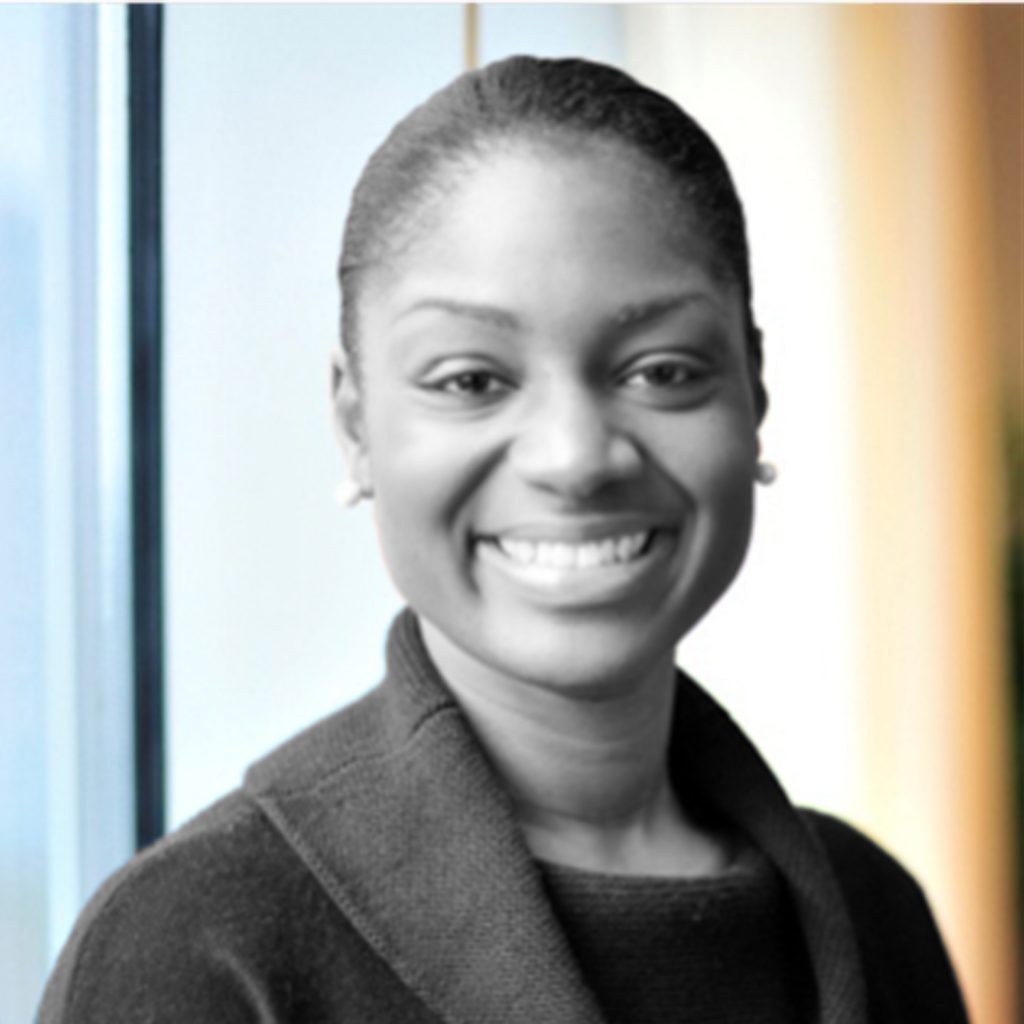 Ajenai is a Ph.D. Candidate in public policy with a concentration in political science at Duke University. Her academic research focuses on the most important factors that help and harm the police-community relationship, focusing especially on African Americans and European Muslims. Ajenai’s dissertation uses comparative in-depth interviews between young Black men in the U.S. and young Muslim men of Bangladeshi background in the U.K. to answer research questions about civilian preferences in policing, civilian assessment of police performance, and civilian responses to policing. In her other research, she has conducted a national survey experiment to test the effect of perceptions of African Americans on civilian preferences for police reforms, and she has examined police fatalities of civilians in the United States and systemic barriers to accurate reporting of deaths. 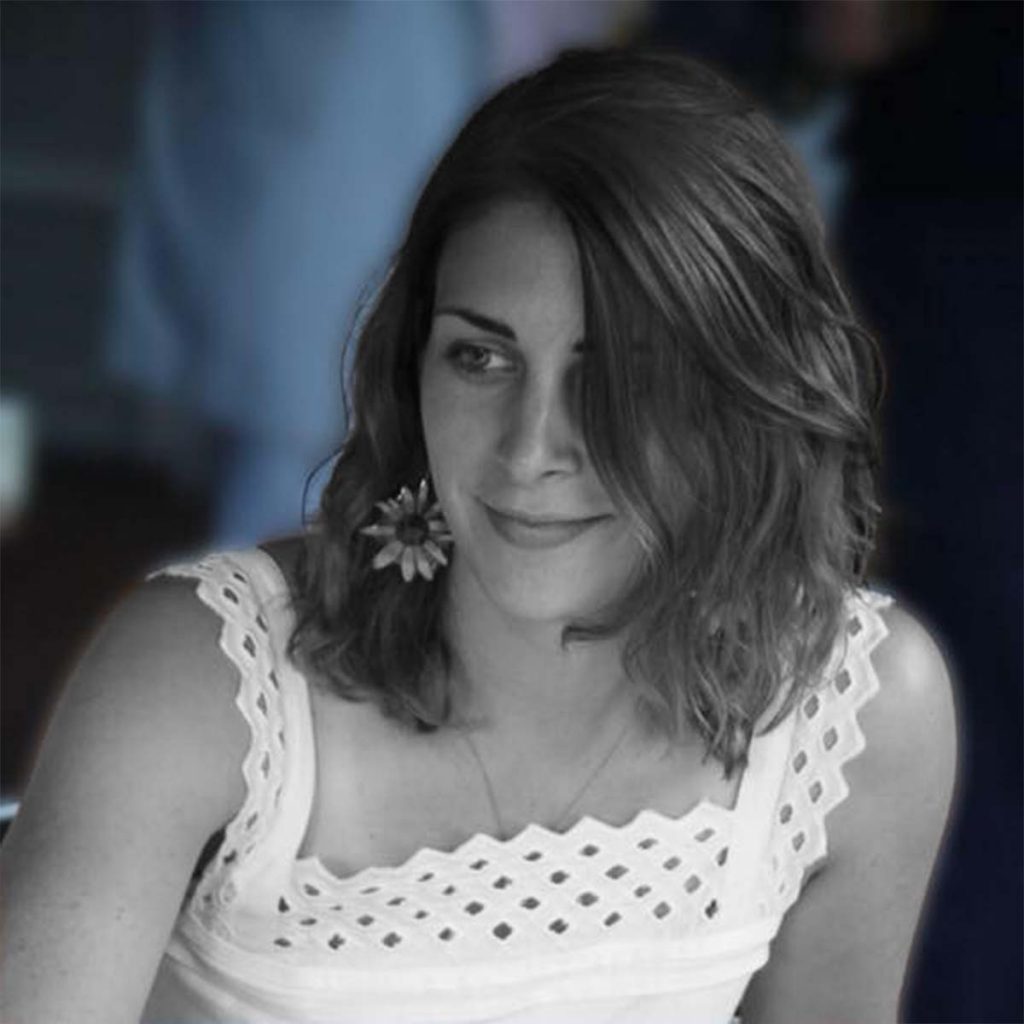 Rachel is a Ph.D. candidate in English as well as a candidate for the certificates in Feminist Studies and College Teaching. Her dissertation, Divorcing the Rake: Male Chastity and the Rise of the Novel, 1753-1857, examines depictions of male sexual conduct in narratives of marital disunion. She argues that the emerging genre of the novel reproduced the gendered biases increasingly practiced in English divorce law, refiguring sexually profligate male characters to make them not only palatable but desirable in ways that the law could not. Before coming to Duke, Rachel earned her B.A. in literature and mathematics from Bennington College and served as a math teacher for the United States Peace Corps in Burkina Faso from 2011 to 2013. 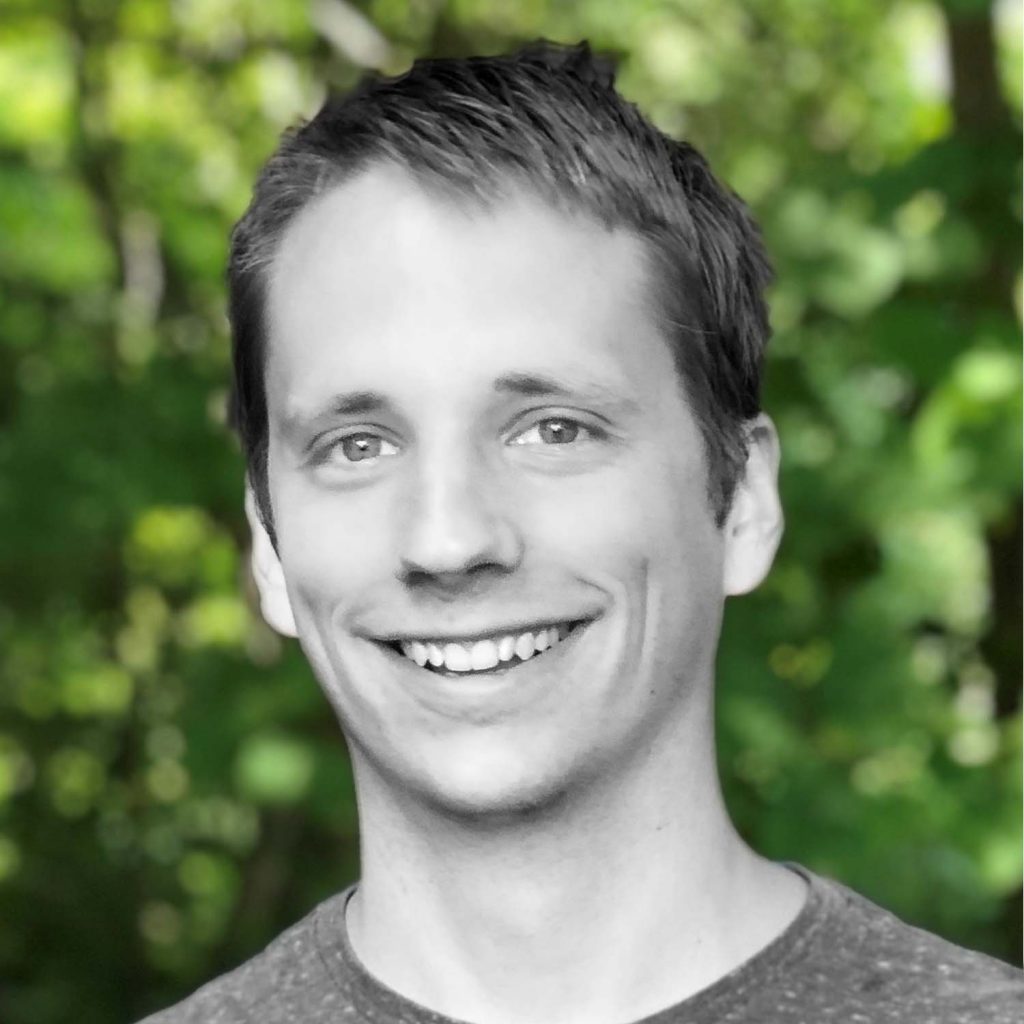 Nathan is a third year PhD student in Christian Theological Studies (Graduate Program in Religion). His work focuses on the relationship between scripture and ethics in the Christian tradition, particularly around issues of suffering and religious violence. He also has interests in Jewish and Islamic studies. Prior to coming to Duke he volunteered for three years in northern Iraq with a relief and development organization. He has an MA from the University of Virginia and a BA from Eastern Mennonite University. 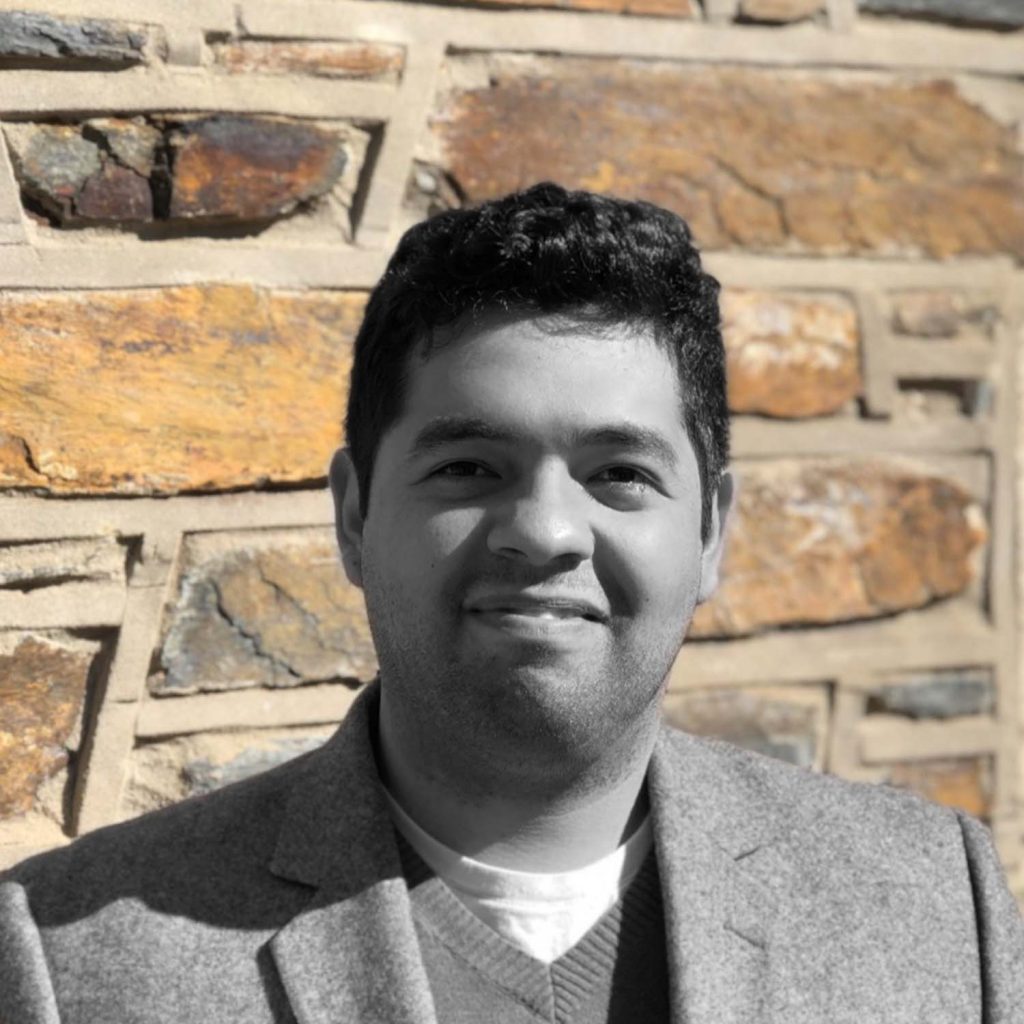 Alberto is a fourth year ThD student at Duke Divinity School, working in the fields of Christian moral and political theology. When he was 10 years old, Alberto emigrated with his family from his hometown of Callao, Peru to Midwestern United States, where he lived until moving to Durham, NC to begin his doctoral work at Duke. His experience as an immigrant informs and drives his doctoral research which aims to give a rich account of the conditions and possibilities for the flourishing of migrants. This entails engaging conflicting cultural, theological, and political assumptions about the human as either fundamentally oriented toward settling and rootedness in a place or as fundamentally oriented toward movement, border-crossing, and mestizaje.  Alberto is interested in engaging this conversation by fostering a dialogue between voices from Latin America culture and history, political theory, and Christian theology. Alberto received a MDiv from Western Theological Seminary and a BA from Trinity Christian College in Theology. 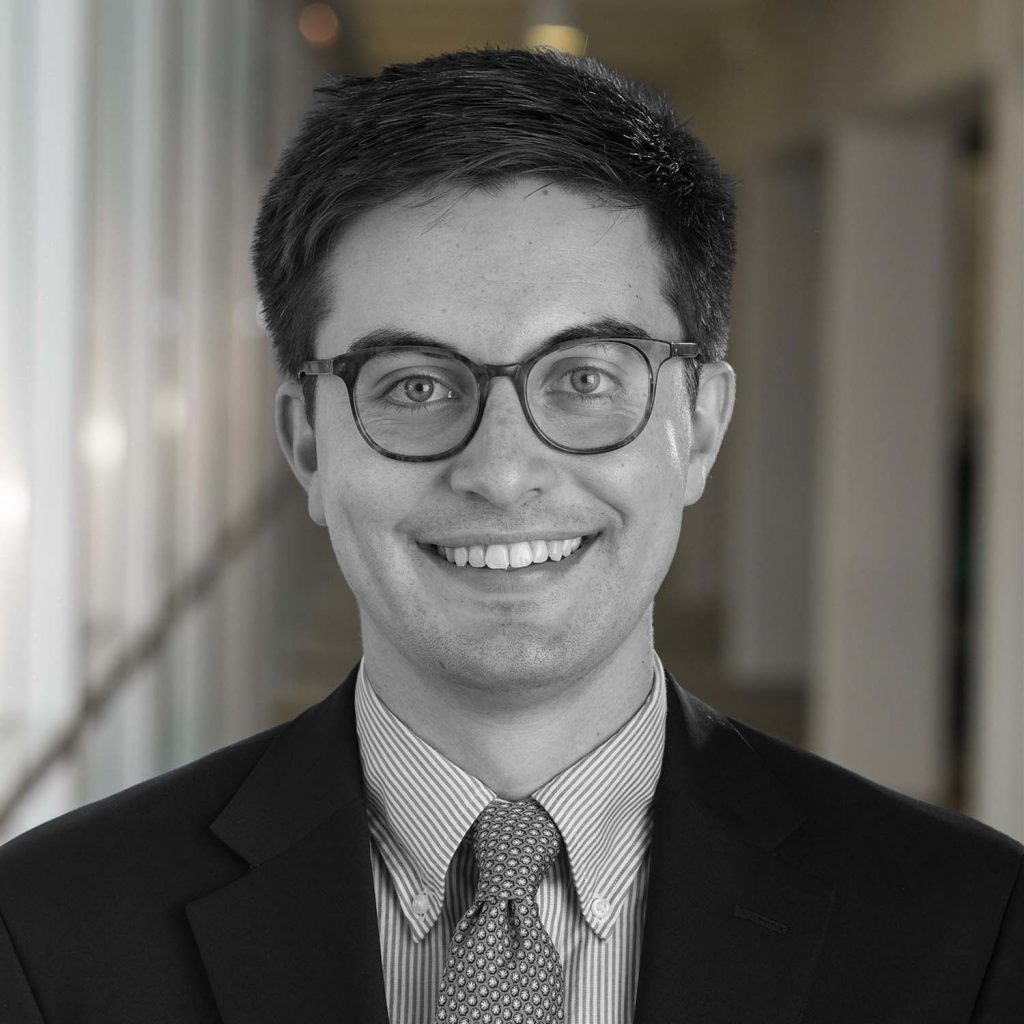 Elliot is a Ph.D. candidate in political science, with research interests in political philosophy, the history of political thought, and American political development. His dissertation focuses on the relationship between incarceration and democracy. He is a graduate of Colorado College and previously worked on the staff of the American Political Science Association, in Washington, D.C. His website is elliotmamet.com. 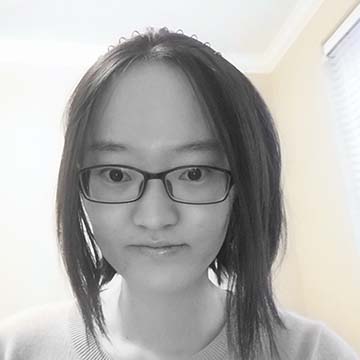 Songyao is a fourth-year PhD student in the Philosophy department. She holds a BA in journalism and philosophy from the University of Hong Kong and an MA in East Asian Cultures and Languages from Columbia University. Her current research focuses on whether a good life is one with dispassion. In particular, she discusses two models of dispassion, the Stoic one and the Zhuangist one, and examine the ethical outlooks they each reflect. 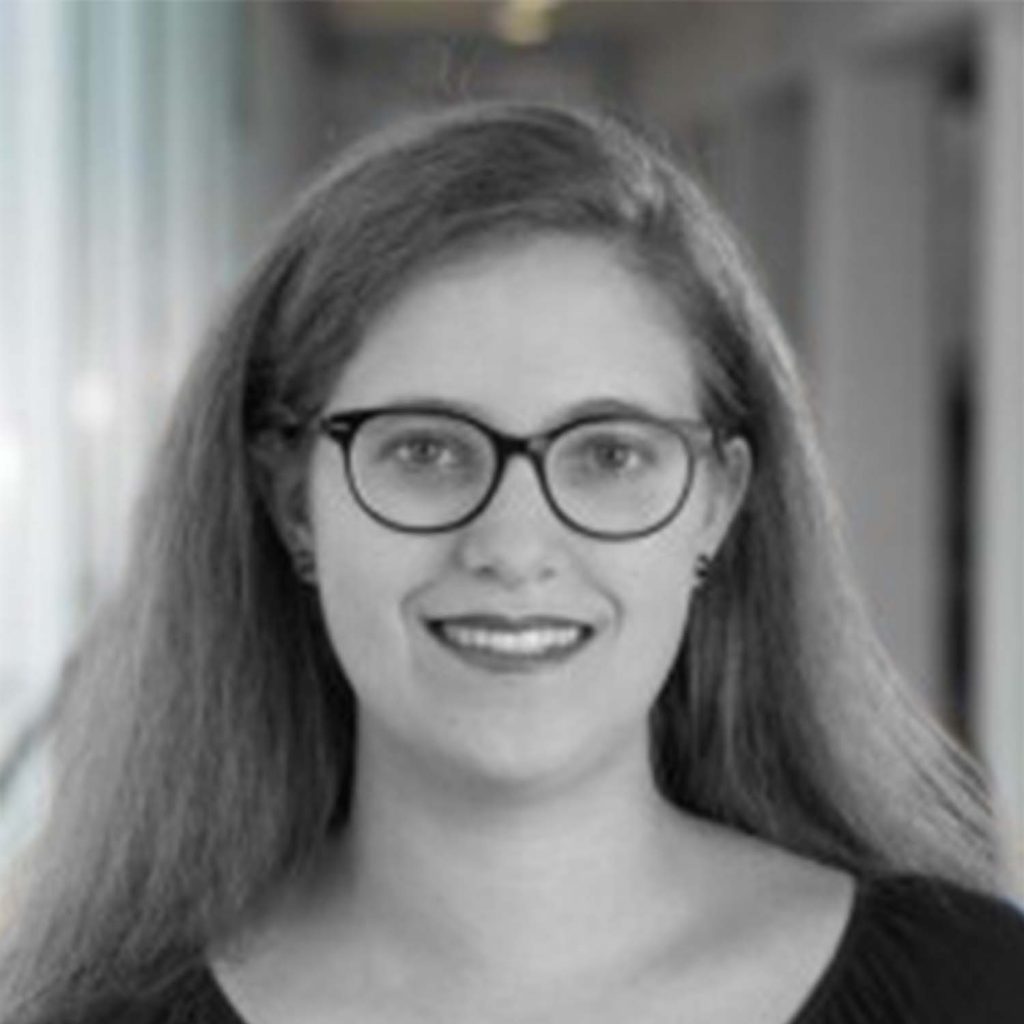 Hannah is a PhD candidate studying the effect of popular understandings of democracy on support for democratization.  Her research focuses on Middle Eastern politics, public opinion on democracy, and religion and politics.  She has a master’s degree in Middle Eastern Studies from the University of Chicago. 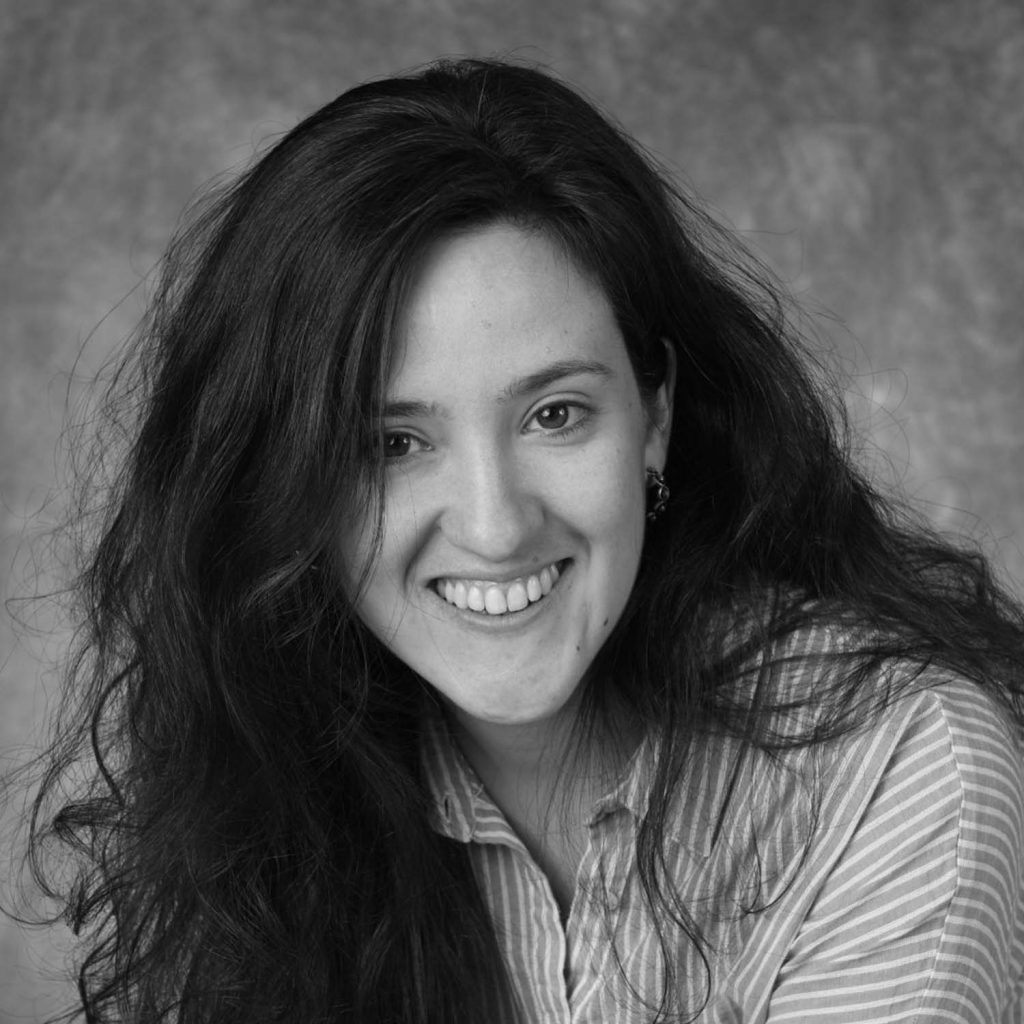 Elia is a third-year PhD student in Romance Studies (Spanish track). She is also a fellow at the Social Movements Lab (Franklin Humanities Institute). She completed her BA in English and French Language and Cultures at the Universidad Autónoma de Madrid (2014). She was awarded a one-semester stay at the Universidade de Sâo Paulo (Centre for Latin American Studies Award) and a one-semester stay at UMASS Lowell (Convenios Internacionales Award). She holds an MA in Spanish and Latin American Literatures and Cultures from the University of Wyoming (2017). Her dissertation focuses on protest music during the 1960s and ‘70s in the Spanish state. Her research draws on studies in cultural studies, musicology, memory studies and affect theory to gain a framework for understanding the relationship between musical collective practices in repressive contexts and the formation of experiences and narratives of resistance. In particular, she studies the creation of networks of solidarity among singer-songwriters during concerts, collective LPs, and tours. Her approach challenges dominant regionalist and individualistic methods, offering a counter-story about the communities of protest, memory, and affect created among the singers, and among the audience, during the period known as “late Francoism” (1956-1975), and in the “Transition” (1975-1978) to democracy. 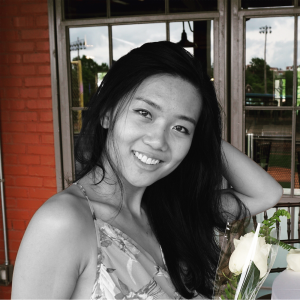 Muye is a PhD candidate in Earth and Ocean Science, Nicholas School of the Environment at Duke University. Her study focuses on the interactions among air quality, climate, and the economic system. She studies the mental health burden related to air pollution, and the associated the morbidity and economic impacts. Muye has finished a Master of Environmental Management from Duke university, and received a BS in Environmental Studies and a BA in Economics from Peking University in China. 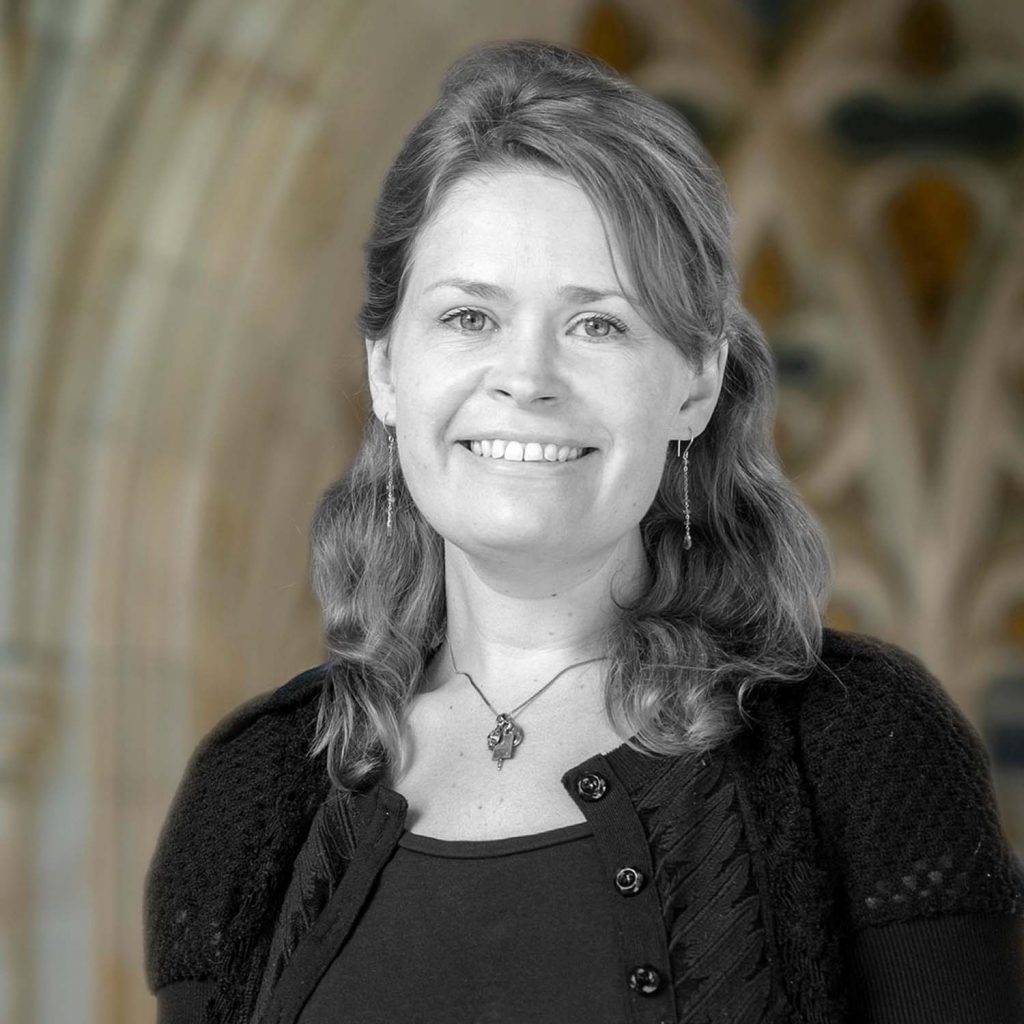 Elizabeth is a doctoral candidate in Early Christianity in the Graduate Program in Religion. Her research interests include the New Testament Gospels, the Nag Hammadi corpus, Mary Magdalene, textual criticism, and feminist theology. She holds an M.A. and an S.T.M. from the General Theological Seminary of the Episcopal Church. Her work has been published in the Harvard Theological Review and her research has been featured by both the Daily Beast and Religion News Service. 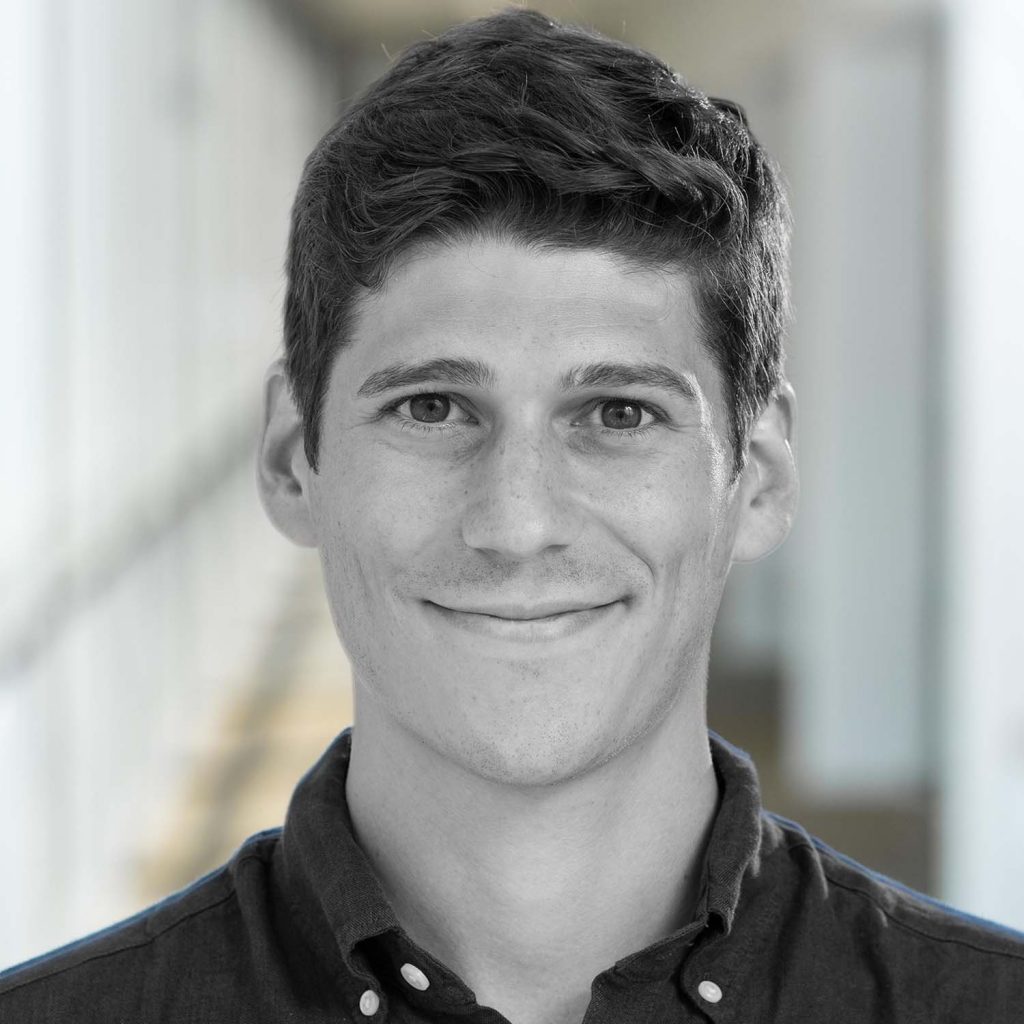 Brian  is a PhD candidate in Political Science, specializing in Political Theory. He grew up near Chicago and received his B.A. in political science from Carleton College. His academic work is focused on liberal theories of education, rhetoric and persuasion, and political ontology. His dissertation explores the political and ethical implications of the structure-agency debate in the social sciences. Purely structuralist explanations for social phenomena, while allowing us to recognize and address macro-level problems and systemic inequalities, also run the risk of undermining our agency as we come to view the ourselves and others as objects at the whim of impersonal forces rather than subjects. His work, then, is aimed at examining the roots of the fatalism produced by a “politics of inevitability” and identifying potential ways to reinvigorate democratic political agency. 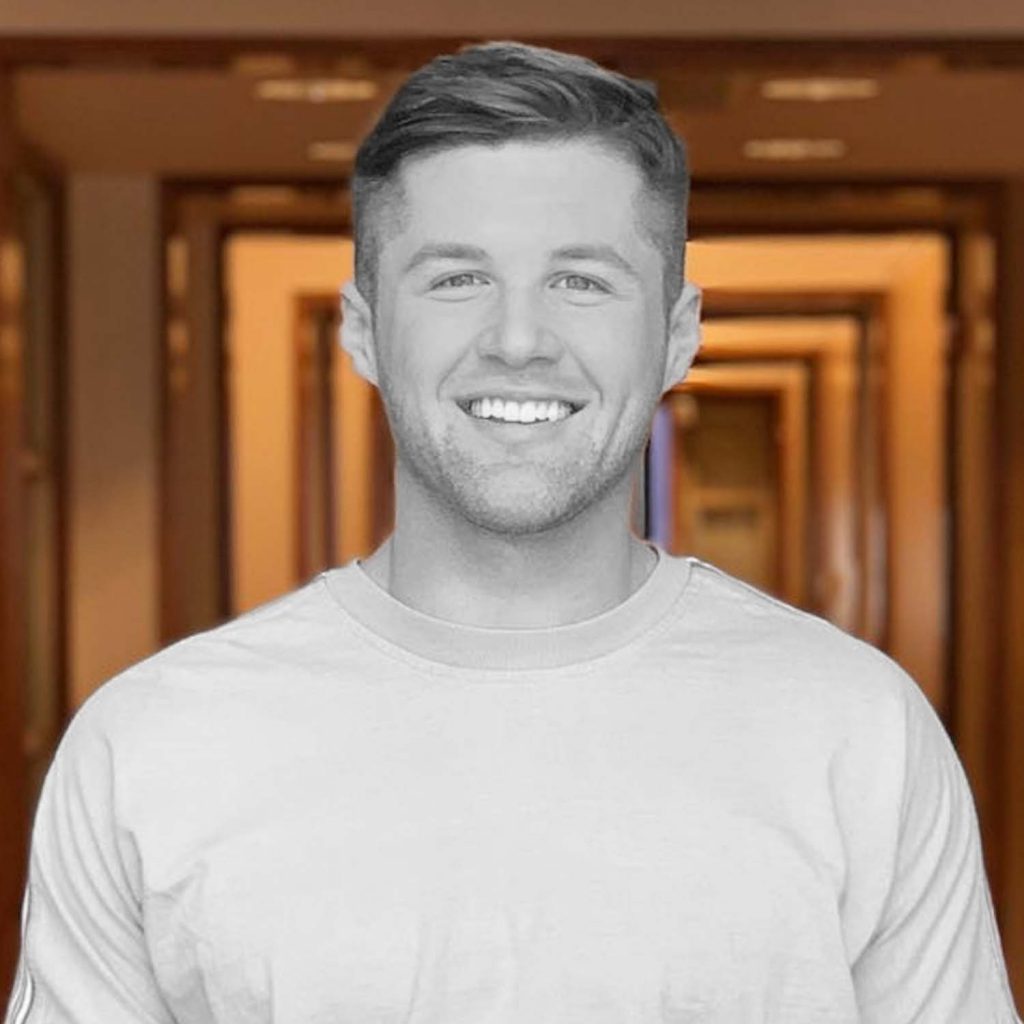 Adam is a joint-degree doctoral student in psychology and public policy in the Duke ID (Identity and Diversity) Lab and Sanford School of Public Policy. He attended Davidson College, earning a B.S. in Psychology with a concentration in Intercultural Communication Studies. Between Davidson and Duke, he worked for the NYC Department of Education, researching low-income students’ barriers to success. From this grew his interest in how social norms shape self-concept, behavior, and outcomes. His research now explores the origins and consequences of the pressure that children and young adults feel to conform to norms, particularly those related to hegemonic masculinity and its intersections with race and SES 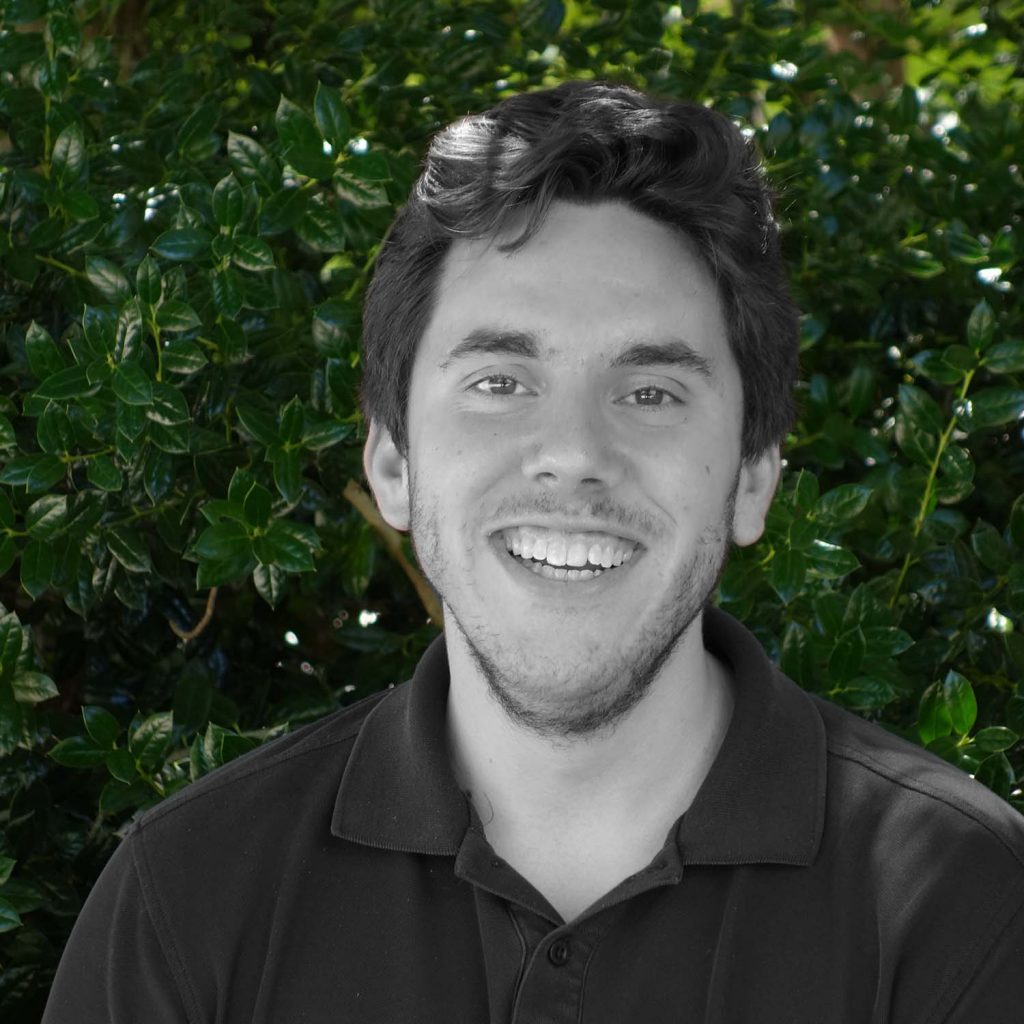 Matthew graduated from Wake Forest University with a B.S. in psychology and a B.A. in philosophy. He is now a PhD student in Psychology & Neuroscience at Duke University who entered through the Cognitive Neuroscience Admitting Program. Matthew works with Elizabeth Marsh, Roberto Cabeza, Felipe De Brigard, and Walter Sinnott-Armstrong to answer questions involving memory, morality, truth, and reasons from computational, behavioral, and philosophical perspectives. His current work specifically examines how and why people remember and forget their past moral and immoral actions. Other current research interests include investigating how people evaluate and use reasons for action in moral dilemmas.