2013 in Moral Panics (Real and Imagined) 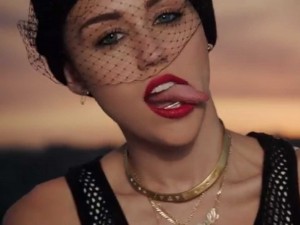 It’s December. It’s the time when the media begins to slow its roll, and compile “Best of,” “Worst of,” and “Just Okay of” lists for the preceding year. We here at the Insider must admit that a small part of us relishes this nostalgic and judgy look backwards, and not wanting to buck this media trend, will follow suit. Introducing the Kenan Insider’s Ethics Enumerated.

Our first enumeration is over the sordid and scandalous; the discussed and detested- this is 2013 in Moral Panics (Real and Imagined).

As an act of denotation before we dive in, Stanley Cohen describes a moral panic as, “[a] condition, episode, person or group of persons emerges to become defined as a threat to societal values and interests.” These panics can be real or imagined, and in the modern age are heavily linked to media trends and freakouts. The following items are the stories that shook the American media and cause good, law-loving citizens to fear for the safety of our nation.

Do you remember any other story from June of this year that wasn’t about the NSA surveillance program or Edward Snowden? Me neither. It seemed to be the proof that our dependence on technology was going to be our downfall.  Our government robot overlords could practically be heard marching towards us (and they could certainly already hear us). It was time to freak about the bounds of government, what kinds of rights citizens had, the infernal nature of the Obama White House, and if the NSA saw that one email your crazy uncle forwarded you about the President not putting his hand over his heart during the pledge. Panic.

One of the other governmental scandals was the extensive reporting on CIA’s drone program, which was using unpiloted aircraft to eliminate targets. Plenty of controversy to be had here: warrants, kill lists, civilian casualties, and chain of command to name a few. Post drone revelations, there was a big public conversation about their legality and ethics. Then we got a wave of anti-drone legislation, and the focus was on stopping drone usage within the United States, because if we’re (formerly) secretly using drones abroad, what’s to stop a brigade of domestic drones from policing and spying on us. Panic.

In June, the Supreme Court struck down portions of the Defense of Marriage Act, most importantly the section that barred any federal recognition of same-sex marriages. The Bible says the world will end in fire the second time, but no one told us the flames would be rainbow. While (most) gay rights advocates celebrated the victory, those of the conservative orientation were less thrilled. They were sure that this was yet another mark that modern America was nothing more than the new Sodom. Actually, let me let Representative Louie Gohmert (R-Texas) tell it how it is (not), “Apparently they have been very cloistered, they were not aware the most wise man in history Solomon said, ‘There’s nothing new under the sun.” And this isn’t new, and it’s been tried over and over, and it’s usually tried at the end of a great civilization.” Y’all, our time has come. Panic.

2. Sharia and the Art of Motorcycle Regulation

Not a national moral panic, but I feel obligated to put North Carolina’s current state of upheaval on this list. Last election cycle, Republicans gained the majority in both houses of the NC state legislature in over 100 years, and they obviously had some ideas they had been stewing over—Voter ID laws, entertaining the idea of government-sanction religion, extensive and…creative redistricting, and the coup de grace of the legislative session, abortion restrictions. The first proposed restriction was pulled into another bill that was an “anti-sharia law” bill that stated that sharia (Islamic moral and religious law) could not be used in North Carolina. Why the legislators thought this was necessary is…unclear. Then they tacked on abortion restrictions, because, why not? North Carolina’s Republican legislators are in their own little moral tizzy wanting to ensure the ethical livelihood of the state, which is supposedly failing. After the governor said he would not sign the sharia/abortion bill, they then attached the slightly modified restrictions to a highway safety bill that was about motorcycle helmet usage, and it passed. Logic-defying panic.

1. The Three Panics of Miley Cyrus

I’m giving what I will call “the Miley Conversation” the number one spot partially because it was mostly (to my mind) an invented panic, but mostly because it has had incredible endurance. For anyone who has just woken up from a coma, learned to use the Internet, and navigated themselves to The Kenan Insider very first thing, here’s the recap.

Former Disney child star, Miley Cyrus (daughter of country “star” Billy Ray Cyrus) reinvented her image as a rebellious, hyper-sexual (though I’m willing to put “hyper” up for debate), R&B/Hip-Hop influenced pop star. After a round of provocative music videos and releasing a song that in the span of a minute discusses strippers, cocaine, God, and Molly (a club drug most associated with MDMA), Cyrus performed at the Video Music Awards. Cyrus performed on stage with a crew of mostly black, female dancers while wearing a skin tight, shiny, skin-tone two-piece. She twerked,  a respected form of modern dance, no, just kidding—it’s rump shaking. She grinded, another highly technical dance, on the much older and married Robin Thicke. She put a foam finger near her mouth, which was called suggestive, though I’m unsure what it’s suggesting given that foam fingers are pretty idiosyncratic.

The world was unhappy. But there wasn’t one moral panic here, but multiple.

The most widely-distributed argument was that this was a bridge too far for decent Americans. See some quotes from FCC complaints.

“Pornographic Dance by Miley Cyrus. Yuck. Will not list details. TOO GROSS. Should be restricted to whore house.”

“Singer Miley Cyrus performed an act on live TV during primetime that was offensive, obscene and appeared to appeal to the Pedophile audience…My family was horrified by this performance. The FCC has got to reign in the media. Enough is enough. This isn’t the America I knew. Please take appropriate action.”

The conservative of the nation were astounded that this young woman (who many seemed to think of as a girl) could be so lewd in public. Our youth are too promiscuous. We’re going to Hell in a handbasket. Panic.

Feminism and sex have a complicated relationship tracing back to its roots. Just study the second wave anti-sex, pro-sex arguments and you’ll see how divisive it got. Cyrus resurfaced all that in a generation of feminists who had agreed to not talk about the issue. Can sexuality be feminist or is it all performative? AHH. We don’t have answers. Panic.

Did you forget the part where I mentioned most of Miley’s dancers were black? I hope not, because that’s what many race critics noticed formost. How is it okay for a white woman to objectify black women on national TV and use their bodies as props? Cyrus is a racist and appropriator. Panic.

And these conversations continued for months. For sheer reach and cross-cutting Panic with a capital ‘P,’ it really can’t go any other way- the winner is Miley Cyrus for causing a doomsday-spewing stampede with a foam finger. Panic.