A picture’s worth a thousand words

Earlier last week, Families Moving Forward hosted their after-school enrichment activity kick-off event.  The activity to promote the Young Women’s Empowerment club was for the young girls, who were all in elementary school, to cut out an image from a collection of magazines that they thought best represented their answer to “What does it mean to be a girl?”  Watching the girls flip through the glossy magazine pages filled with images of stick-skinny models or advertisements for make-up, highlighted consumerism’s restrictive definition of femininity. Indeed, the mass message that the media sends is that a woman’s value is tied to her sexuality and level of attractiveness.  According to the National Eating Disorders Association, 69% of elementary school girls report that pictures in magazines influence their idea of the “ideal body shape”. What I noticed most as the girls at Families Moving Forward were flipping through magazines pages, however, was not just how detrimental magazine images would be to a young woman’s self-esteem, regardless of her race, but especially how alienating they would be to a woman of color.  Besides the occasional picture of Rhianna or Beyonce, almost every feature and advertisement was of a white woman. Through the exclusionary content within the pages of Allure, Glamour, and Shape, Eurocentric standards of beauty are upheld as desirable, casting women of color as less than. 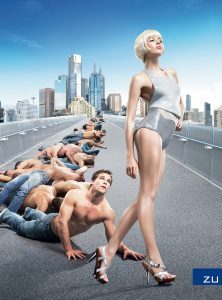 Indeed as journalist Maisha Johnson finds, while more publications are beginning to feature women of color, they still embody more Caucasian features, such as lighter skin or more relaxed hair.  Furthermore, recent research conducted at Duke found that “just the suggestion that an African-American person is of mixed heritage makes them more attractive to others.” As the study’s author, Robert Reece states, “It’s also just partially racism – the notion that black people are less attractive, so being partially not-black makes you more attractive.”

Although Black, Latina, Asian and Native American, comprise more than a third of the total U.S. population, a recent report of the demographic of New York Fashion week’s models revealed that 83% were white.  As Maisha Johnson writes, so according to the media, “it’s my skin color that’s wrong, not the limited selection of foundation colors.” 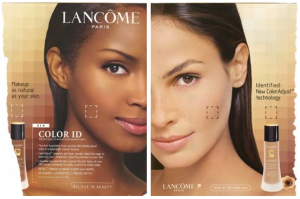 The poor representation of women and especially women of color, however, extends beyond the pages of ditsy beauty magazines. It is a media-wide phenomenon. According to a recent study conducted by the University of Southern California, when women are actually on the screen, they are four times more likely to be in “sexy attire, three times more likely to show some nudity and nearly four times as likely to be referred to as physically attractive.”  The American Society for News Editors reports that less 30% of news reporters are women and that less than 5% are Latina, Asian or African American women. Furthermore, the USC study found that NONE of the film distributors evaluated, including Walt Disney, received a passing grade for inclusion of gender, sexual identity or race.  This is especially problematic considering the fact that Walt Disney’s primary audience is young, impressionable children.

Although popular TV shows, such as Scandal and How to Get Away with Murder, have received fairly positive reviews for making strides towards representing women of color in prominent roles, many more, such as Orange is the New Black and reality TV shows, such as Basketball Wives and Real Housewives of Atlanta, still depend on negative, stereotypical portrayals of Black women.  Essence surveyed over one thousand women about the images of black women in media and found that respondents felt the images were “overwhelmingly negative,” falling typically into categories including: “Gold Diggers… Baby Mamas…Ratchet Women… Angry Black Women… Mean Black Girls, Unhealthy Black Women, and Black Barbies.” Considering the powerful influence that the media exerts throughout our lives, the grossly disproportionate negative portrayal of African American women is extremely concerning.

Through activities designed to boost self-esteem and monthly meetings with diverse women mentors, the Young Women’s Empowerment Group will work to combat the negative stereotypes that the media and society perpetuate 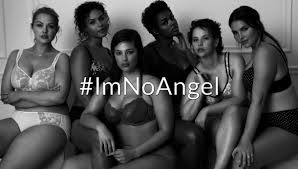